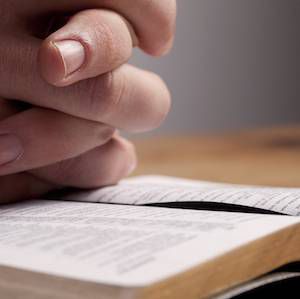 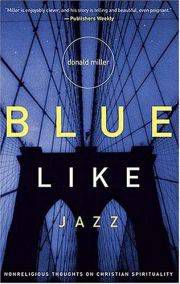 I first read Donald Miller some time in high school. Blue Like Jazz was a bestseller during my sophomore or junior year, my mom read it and loved it, and passed it down to me as recommended reading.

By this point I had done a fair amount of Christian reading: I Kissed Dating Goodbye (a classic for Christian teens), something by John Piper I’m sure, The Case for Christ by Lee Strobel. These were pretty conservative books that cemented my own conservative views; that is, the world was black and white, right and wrong, Christian and not-Christian.

Then I read Blue Like Jazz. I only now realize the impact it made on me, 10 years and multiple political and religious “conversions” later. That book read like Don Miller’s journal, opening up about the questions and struggles that arose from the complications that life throws at everyone at some point. He had a father who wasn’t around, attended a liberal college that challenged his beliefs, and struggled to make sense of it all. In many ways it mirrored my own journey. What I couldn’t believe, though, was that this guy who believed in Jesus was writing so honestly about his questions and struggles. It was a breath of fresh air.

I suppose at this point I should clarify what I mean by “conversions” and “progressive” Christianity – which I’d now consider myself to be a part of. My own definition, which I’m claiming for the sake of this article and not some scholarly journal, is a belief in Jesus as the Way, but in such a manner that love and acceptance beats sin and judgment. This is progressive largely because it’s in direct opposition to the brow-beating uber-conservative brand of Christianity that ruled the ’90s and was characterized by young-Earth creationists and fire-breathing gay-haters. I don’t really like the word “progressive,” as there have been Christians characterized by love since….well, Jesus. But it’s a word our culture uses, so I’ll stick with it.

I “converted” to this type of Christian belief at some point in college, but before that, I was absolutely a black and white conservative fellow. And part of me believes that all white, teenage Christian boys are. I’m no longer about converting people, but loving them with the same fullness that Jesus loves me. Okay – now that that’s out of the way, we can move on.

When I read Christian books, I often do so with a fair amount of eye rolling. When pastors or other Christian leaders write, they seem to “wrestle” with eating too many chocolate chip cookies rather than wrestling with whether or not this whole God thing is real and worth it. Christian authors are so often so incredibly inauthentic. Their experiences feel utterly different from mine.

But Donald Miller breaks that mold, and with vigor. After Blue Like Jazz he wrote a couple other books that weren’t as good in my opinion, but then followed those up with 2009’s A Million Miles in a Thousand Years. It was brilliant. It still is. He writes openly about his laziness and apathy after BLJ became a bestseller. How does a spiritual man handle wealth and success? How does someone who follows Jesus take their life back from being an underwear-wearing couch potato? It was a raw honesty that I’d never seen before in Christian publishing, and it was another breath of fresh air. 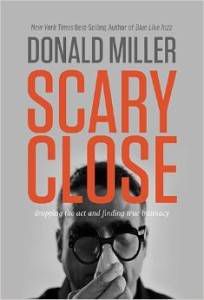 And now, six years later, he’s done it yet again with Scary Close (HarperCollins, Feb 2015). This new book focuses on romantic relationships in a fresh way that I don’t honestly entirely relate to (as he’s getting married in his 40s; I was married in my early 20s), but contains the same vibes of openness and vulnerability and telling it like it is without giving a crap about the traditional Christian reviewers who will undoubtedly not like it for some reason or another.

In Scary Close, Miller talks about his many failed relationships, and the character traits that almost ruined his marriage before he crossed the altar. These are traits that nearly everyone shares, even and especially Christians. Ultimately, people often put on a show, even for those closest to them. Miller, as has become his trademark, is brutally honest in this book: “That night I went to bed wondering if my personality was largely a reactionary construct, a mechanism I used to gain respect from the world. In other words, what if my act wasn’t who I was at all?”

Oofta. That one bites. Have you read something like that from another best-selling Christian author? I’m not sure I have.

The world of Christian publishing is dominated by two types of authors: white dudes who run megachurches, and women who write Amish fiction. Why don’t we give more authors a hand who write about what life is really like. Who write about their struggles and questions and doubts – like a lot of great memoirists do – but from the lens of “Jesus loves me this I know.” There is a segment of honest, spiritual writing that the Christian audience just doesn’t get enough of. This includes excellent authors like (I’ve included my fave book of each of theirs to get you started):

These people have impacted my life far more than the likes of best-selling authors Andy Stanley, John Piper, T.D. Jakes, Joel Osteen, etc. Since this is a year of diversity at Book Riot, why not make your Christian reading more diverse. There are fresh perspectives and excellent writers out there that just don’t get the same religious press as the rich white dudes. Go figure. (Granted, Donald Miller is a rich white dude, but his books just don’t feel the same as others, ya feel me?)

I’d love to hear your favorite Christian books that are from a different viewpoint, or offer the kind of raw honesty I could so relate to in Don Miller’s books. Tell me in the comments!