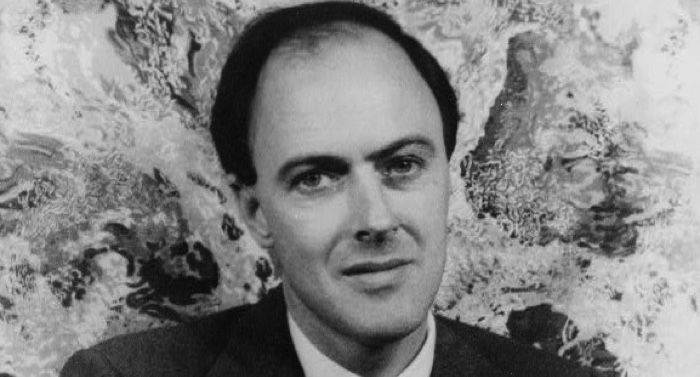 Roald Dahl, the author of a handful of books you may have read, has maybe been disavowed by his family…30 years after his death. “The lasting and understandable hurt” of his abundant remarks made about Jews, women, and people of color, said the family, “stand in marked contrast to the man we knew and to the values at the heart of Roald Dahl’s stories.” So they just wanted to make sure we knew they themselves aren’t antisemites, I guess.

Among his many comments and generally bad reputation among his contemporaries in publishing (who often grumbled about what a pain he was to work with), Dahl once suggested that Hitler had a good point when he identified Jews as a problem; he branded Cinderella a dirty slut, but had no problem carrying on extramarital affairs during his time as a spy.

It should be noted that this statement does not appear on the homepage of the Dahl website, nor on the blog. In fact, were it not for other news outlets reporting on this and giving a direct link, I would have no idea where to find the statement on the otherwise vast, detailed website, even though I tried to find it via their “grownups” portal and “teacher” portal. It conveniently avoids using any buzzwords like “antisemitism,” “racism,” or “misogyny” in favor of a vague referent (“statements”) that will only make sense to people who already know what they’re talking about.

I don’t find much to be impressed with in this statement, and I don’t think it stands up to a close reading.

I know it’s not fair to hold children responsible for their parents. It can be earth-shattering to find out that someone you love, someone who loved you, did not treat other people the way they treated you. And it’s not a foregone conclusion that bigoted people raise similarly bigoted people. Look at Kellyanne Conway’s daughter. Look at Mary Trump. Given the perpetual availability of Dahl’s books (and the financial rewards associated with that), it is somewhat heartening to see the family taking stock of their responsibility as stewards of his legacy and beneficiaries of that legacy. There is no force on earth that could remove Dahl’s works from the canon of children’s literature or children’s media in the western world more broadly, so it’s imperative that we contend with what it means to have his work ever-present in our and our children’s lives and not be passive about it. But what does an apology mean if it doesn’t come with action? Where is the restorative justice?

Elsewhere in the publishing industry, we have the incredible Rick Riordan acknowledging his power not by writing stories outside his cultural wheelhouse but instead using his name recognition to give emerging writers from other backgrounds a shot in the genre he is so successful in. The We Need Diverse Books internship grant holds publishers responsible for their role in economic imbalances by requiring that they pay their interns from their own budgets, not just rely on the grant itself to make up for it. The Harold Grinspoon Foundation incentivizes publishers to take on more books with diverse Jewish content by giving them a guaranteed pathway to sales through the PJ Library/PJ Our Way program. Even Disney+ has stopped hedging and now makes it impossible for viewers not to see a notice that many of their older films have inexcusably racist content.

People love to debate whether you can separate the artist from the art. It’s easy to answer no until you learn something about a favorite creator of yours, and it’s also easier to manage when money and intellectual property copyright are not involved. A person can love problematic things so long as they recognize that they’re problematic, you might say. Privately rereading a dog-eared old book that brings you comfort is a lot less messy than buying movie tickets or purchasing a brand new classroom set of books and dedicating weeks of curriculum to a terrible person.

A more pertinent question: should we separate the artist from the art? A good reader can tell the difference between a bigoted character written consciously by the author and unchecked bigoted ideologies that infuse the author’s work because they are a part of his very being. The racist undertones of Oompa Loompas are pretty undeniable. His own (ex-)wife called him “Roald the Rotten.” What exactly did Dahl the man do to deserve complete immunity? To my knowledge, he did nothing but double down on his statements nearly every chance he got.

I am having trouble understanding the motivation behind the Dahl company’s decision. His daughter and granddaughter are mid-list authors and B-list celebrities, but at least in the United States they are not particularly famous or infamous. Now they and their extended family have taken a public stand, and that stand is…”We’re mildly embarrassed, but anyway, back to business”? In my view, a statement accompanied by inaction is more incriminating than saying nothing at all, especially when that statement is presented without context, documentation, or bibliography. It’s hard to respect a dirty delete.

Consider further: the implications of a Maōri Jewish man being handed the reins to adapt the books of someone who would have despised him; the controversial decision for ALSC to remove Laura Ingalls Wilder’s name from a major award; and an argument for continuing to read books by terrible people.