There is no TV show I enjoy more than Doctor Who (okay, Star Trek is up there too). I love the combination of genres: humor, horror, sci-fi, drama. It’s gotta be the best show out there. And the newest season is already so good!

Of course such personalities would also be readers. Of course. And if there’s no TV show I enjoy more and my favorite activity is reading, then of course I needed to figure out what my favorite Doctor Who companions are reading, and why.

As for the newest companions and their reading choices, to be continued… 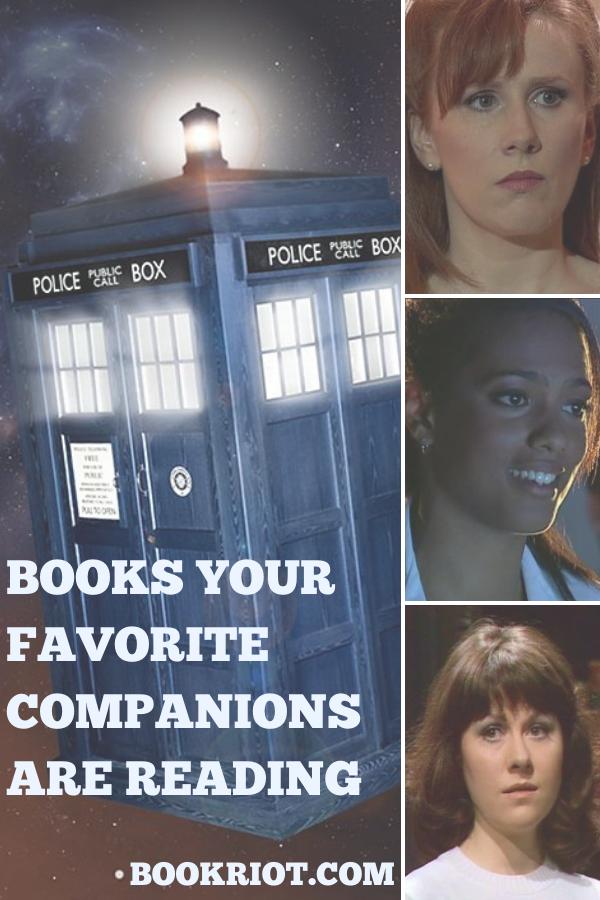 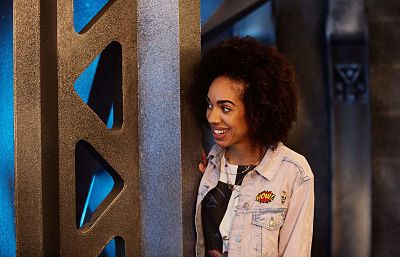 As a science fiction fan, Bill keeps up on all the latest sci-fi books. Even though she’s traveling the universe and living her best science fictional life—and has access to a galaxy’s worth of libraries—she still enjoys reading Earth sci-fi. And her favorite new series is Machineries of Empire. Evil interstellar empires, characters that need squeezing, and best of all, ideas that make her mind explode. She still loves losing herself in some epic sci-fi, even though she lives an epic sci-fi life. 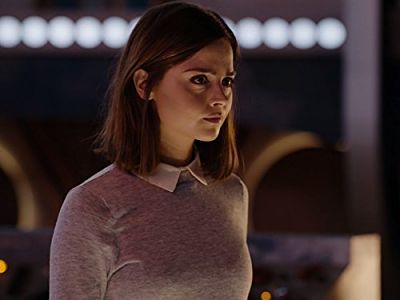 While it’s no secret that Clara loves Jane Austen—not only does she teach Pride and Prejudice, but she’s publicly bragged about Jane’s kissing—Clara secretly reads every single Jane Austen adaptation. She has a spreadsheet on her phone where she ranks each adaptation and gives a brief review, so that next time she meets Jane, she can catch her up on all the ways her books have been appropriated. This one will be kind of hard to explain though, being that it takes place in the 21st century Bronx. “You see,” she thinks of explaining to Jane, “block parties are kinda like country dances, except boys and girls can dance together.” Now, how to explain the hood? 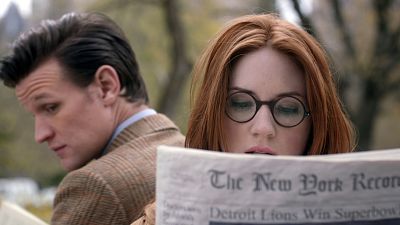 In Amy Pond’s future and our past, she’s the famous children’s book author Amelia Williams. I can easily imagine the resourceful and adventurous September from Valente’s Fairyland series being the type of character Amy would write and love. A little girl living a boring, normal life being swept away into magical adventures by the Green Wind. Sounds like exactly what Amy is reading right now. 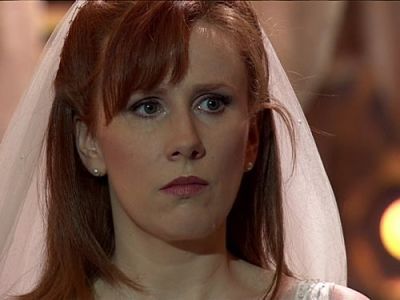 A Talent For Murder by Andrew Wilson

Lately, Donna has been reading a lot of Agatha Christie. She doesn’t know why. She’s always liked a good mystery, but romance used to be her preferred genre. At this point, she’s read all of Agatha Christie’s novels multiple times, and now she’s branching out to this, a historical fiction mystery about Agatha Christie’s death. Something about the book is really bothering her, if she could only figure out what. It just feels wrong. But even though the book’s giving her a massive headache, she can’t stop reading. She fell asleep with it last night, and woke up in the morning to find she’d written “wasp” in the margins. What the hell could that mean? 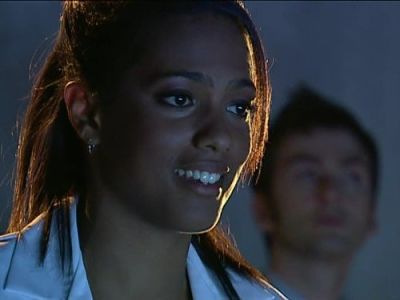 Part of Martha’s job as a UNIT officer is searching out and finding leaked classified information and attempting to eradicate the damage. Which is why when she heard about Rosewater by Tade Thompson, she immediately knew they had a leak in the department. The fungal telepathy caused by alien contact. The killer vaporous fog that those contaminated can sometimes emit when they feel in danger. The organic biodome. This is some highly classified information, thinly disguised as fiction. Tade Thompson must be brought in immediately for questioning. 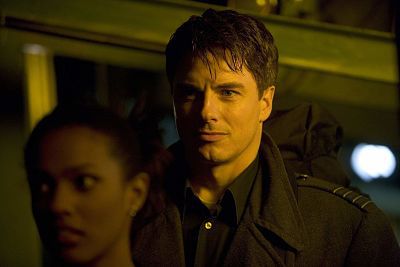 No matter how many centuries go by, a heartwarming love story will always make Captain Jack sigh and give that wistful half smile. What’s he thinking about as he gazes up at the star-strewn sky? Why, he’s thinking about sweeping the lovely Prince Sebastian into a waltz and watching Sebastian’s beautiful yellow dress glide across the dance floor before catching up the dressmaker Frances too, and the three of them dancing together, winding their way up to the bedroom, still entwined, and who knows what will happen after that? Captain Jack knows. His sequel is definitely not the middle grade version. 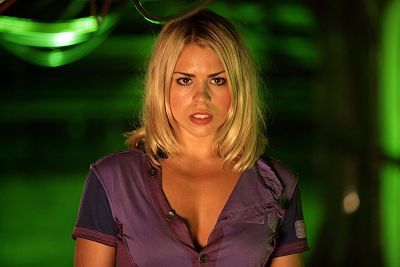 Even as a child, before she ever traveled with Doctor Who, Rose’s favorite fairytale villain was the Big Bad Wolf. And now she’s obsessed with the concept of the wolf, and all its possible interpretations. Could she be in some way responsible for the legends? But not only is she reading the classic fairytale variations, she’s reading all kinds of Little Red Riding Hood retellings. Rose especially likes sci-fi retellings, which is why Scarlet, book 2 of The Lunar Chronicles, is her favorite LRRH retelling.

Ace is a reader and enjoys a good urban fantasy with a kickass female protagonist, just like herself. She’s pretty sure she’d do just fine in an apocalypse, even better than Maggie in the novel. Just imagine, though, if she had some of these Navajo magic powers in combination with her bombs? No monsters could ever defeat her. 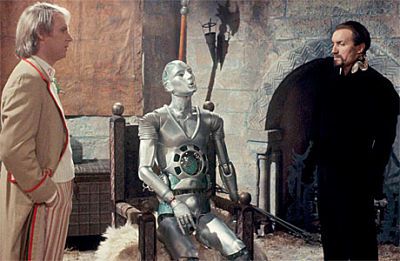 Kamelion often feels a bit depressed and lost. He doesn’t want to hurt people, yet he was built for destruction. He likes shape-changing, but every time he does, it ends up all going horribly wrong. What he really wants is to be understood, by himself (why “him”?), by the doctor and his companions, by the universe. With no one like him he can talk to, he turns to books. He’s fascinated by Paladin, a military robot in Autonomous, falling in love with a human. Is it possible that he—Kamelion—could fall in love? And if he could fall in love with anyone, who would it be? 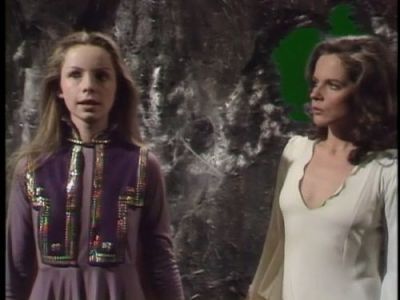 When Romana isn’t busy doing Time Lady things, she loves losing herself in a fantasy world with strong female characters, and it’s easy to identify with the characters in Spinning Silver. Prideful Miryem, imprisoned by the Staryk and trying to protect her family; insecure Irina, being forced into a marriage with power she never sought or expected, but finding herself surprisingly adept at; and stalwart Wanda, the least similar to Romana, yet the one she’s most drawn to, drawn to her hope in the face of persistent abuse and poverty. Romana wishes this book could go on forever and ever. 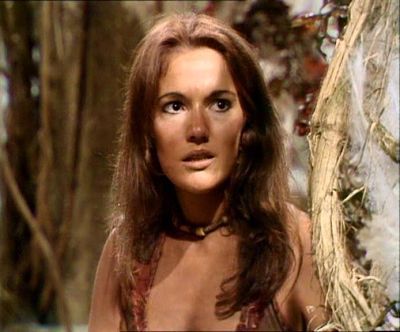 Leela doesn’t understand most earth women’s lack of fighting skills. (She knows just what she’d do about the current administration *knuckles cracking*.) But Jane McKeene she understands. She wishes the Doctor would take her to this time—this Reconstruction era—so she could help Jane kill all those shamblers. Leela would like to learn how to use these sickles as weapons, and she could teach Jane some tricks too. 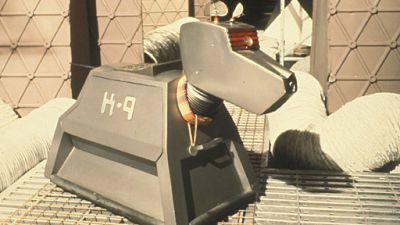 K-9 is confused. His master told him that he’s in the shape of a dog because dogs are man’s best friends and always help their masters. Dogs are supposed to be the best companions for humans. So K-9 decided to research Earth dogs to see what they were like and so he could better emulate them. K-9 wants to be a good boy. But Cujo is most certainly NOT a good boy. He is a scary boy. Cujo’s behavior does not compute. Now K-9 is questioning his shape and place in his master’s heart. Does Master want K-9 to be a scary dog? K-9 most certainly does not want to be a scary boy. But he wants to make Master happy. 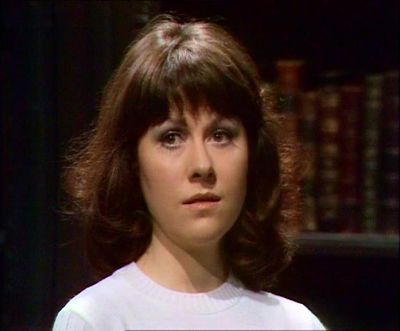 Sarah Jane has had men “explain” things to her plenty of times, including a certain Doctor we may know, so of course she’s read this collection of essays by her favorite feminist journalist multiple times. She’s rereading it now because, unfortunately, it’s always prescient. As a fellow journalist, Sarah Jane appreciates Solnit’s knack for combining research with searing prose. She has this quote from the book hanging in her office: “It’s the job of writers and explorers to see more, to travel light when it comes to preconception, to go into the dark with their eyes open.” 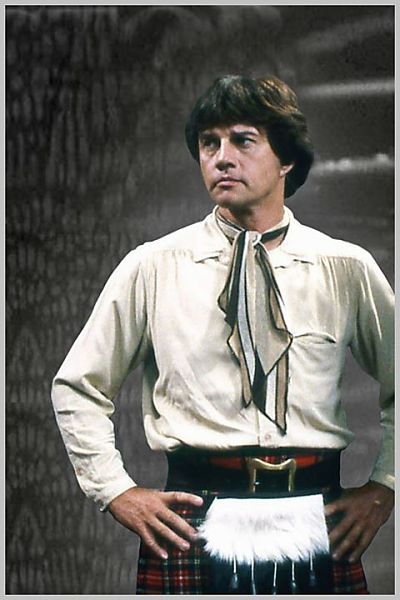 Jamie downloaded this title from the TARDIS’s files (because I’m just assuming the TARDIS has a massive Earthling library database, right?) thinking it would be all about knot-making for a Scotsman. Boy was he wrong. But he’s also kinda intrigued? Okay, more than intrigued. He can’t put the book down. He knows he shouldn’t continue reading—it just isn’t proper—and he can’t stop blushing—but he has to know what happens between Captain Logan and Miss Madeleine. He’ll just skip over the blushing parts (he’s definitely not skipping over those parts).

Susan’s first Earth adventure takes place during the French Revolution, and it’s her grandfather’s favorite Earth time period. And Susan must admit, even though her travels to 18th century France were harrowing, it was also quite a bit of fun. That’s why she’s reading her way through The Scarlet Pimpernel series. If only their adventures had been more like these!

What do you think the newest Doctor Who companions are reading?

And check out these 9 sci-fi books to read if you’re a Doctor Who fan.