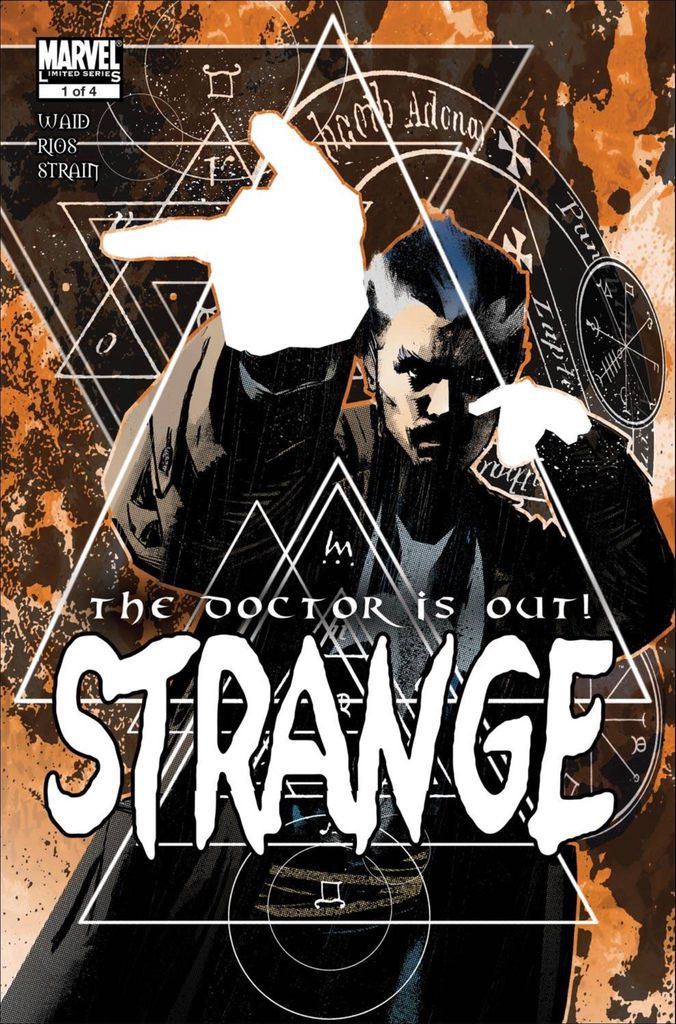 I don’t have time for this. Just give me the the overview.

Okay, the easiest way to think of Doctor Strange is: Iron Man, but with Magic instead of Technology.

Let me back up: Dr. Stephen Strange is a brilliant, narcissistic surgeon who has an accident that leaves his hands ruined. In his quest to repair his hands, he becomes a disciple to a magician known as the Ancient One, who teaches Strange the ways of magic, and in doing so, Strange sheds his selfish ways and becomes a hero, preparing for long battles against evil mystic forces.

I’m intrigued. So, he’s really popular in comics, then? Where do I start?

Well, “popular” may not be the right word. He’s a mainstay of Marvel comics, but while he’s had various series over the years, he’s never had the success of, say, Spider-man or The X-men. He started out in back-ups in Strange Tales, and then graduated to his own title. But he’s been cancelled and relaunched several times, sometimes sharing a book with other characters.

That said, his origin has been done several times over, and the most recent is part of the Marvel “Season One” series. It’s a good place to start. Doctor Strange: Season One (2012) is a single, short graphic novel by Greg Pak and artist Emma Rios, that updates the origin story while still remaining true to the original stories.

Or, if you’d like a little more decompressed version, something a little more cinematic, you could try Strange, a mini-series from 2004 written by J. Michael Stracyzinski and Samm Barnes and drawn by Brandon Peterson. The collected edition of this series appears to be out of print, but the whole thing can be found on the Marvel Unlimited app. This is another Doctor Strange origin story, but it’s been largely modernized, paced out so that it feels more like The Matrix… with magic. Which may just be an indicator of how a film might be constructed.

I’m a purist! I need it right from the source!

The good doctor first appeared in back-up stories in Strange Tales, with words by Stan Lee and art by Steve Ditko. Your best bet is probably Marvel Masterworks: Doctor Strange Volume 1, which collects these original stories (it looks like the last edition is out of print, but there’s a new one on the way in May, 2015 — in the link above).

Well, I dunno. Those old stories seem kinda hokey. But I do love some of the classic Marvel runs. What’s a definitive Doctor Strange run?

That’s a loaded question. I’ve dipped by toe in the various Doctor Strange runs of the 80s and 90s, but even then I’m not sure I have a run from that era that really stands out. Looking at Marvel’s collections, I’d have to suggest a couple of things:

Every once in a while, Doctor Strange gets a super-heroic blue mask. Just… roll with it.

Currently out of print, Essential Doctor Strange Volume 2 features Roy Thomas stories with some pretty fabulous Gene Colan art. This era of Doctor Strange includes a brief time when Doctor Strange took on a secret identity and wore a blue mask. Of course, that won’t quite be clear in this black-and-white edition. And these are still gonna be a little… dated.

But maybe a better representation of classic Marvel would be Doctor Strange: Into the Dark Dimension, a 2011 hardcover that collects  Doctor Strange #68-74 — from the mid-80s. Written by Roger Stern and drawn by Paul Smith and Brett Blevins, this is going to have the long-form, serialized storytelling that feels very “Marvel” to me (a subjective qualification, to be sure). This story revolves around Clea, Strange’s lover and a disciple of the mystic arts, and the dreaded Dormammu (remember him?) who rules the Dark Dimension.

Ah, then my highest recommendation goes to Doctor Strange: The Oath written by Brian K. Vaughan, and —

— yes, and drawn by Marcos Martin —

…Yup. Martin’s style is “retro” enough that I think it evokes a bit of Steve Ditko, which is pretty cool. Doctor Strange is wounded, and he must team up with the Night Nurse to find a cure for his servant, Wong, who has been diagnosed with an inoperable brain tumor. There’s great banter between all three main characters, and Vaughan plays with elements (surgery, a cure for cancer) that tie all the way back to his origin.

The Doctor is OUT (of print).

There’s also 2009’s Strange: The Doctor is Out, written by Mark Waid and drawn by Emma Rios. This mini-series spins out of a recent era of the Avengers, which saw Doctor Strange give up his mantle as “Sorcerer Supreme,” leaving him far less powerful than he once was. He’s a much more down-to-earth Strange, and this tale is about him taking on a new apprentice — a young woman. I’m not sure this qualifies as a “definitive” Strange story, but Mark Waid is an excellent craftsman, and he’s alway been good at sizing up a character and finding an interesting story point. And Emma Rios’ art certainly doesn’t hurt. It’s also self-contained, and while the collected edition is out of print, you the whole thing is on Marvel Unlimited.