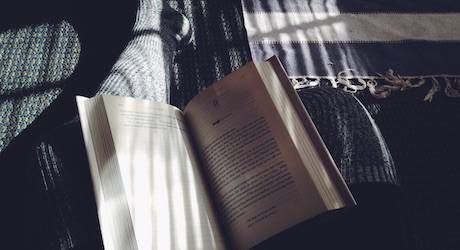 I am 65. I know I am in physical and mental decline. Every day more names and nouns flutter around the tip of my tongue. Yet, I want to learn new things. Is it possible for an old dog to learn new tricks? Writing is my main mental exercise but I believe I need cross training. I keep thinking I should study mathematics. It would be a challenge. It would exercise an area of my brain that’s been dormant for decades. Yet, is it a practical goal? Or is it merely a matter of grit? 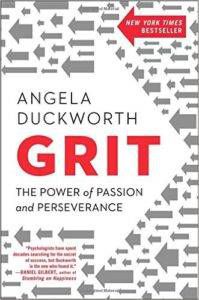 I recently watched an episode of NOVA, “School of the Future” on PBS (also on YouTube). The 2-hour documentary covered a lot of territory about education, but two theories stood out. The first focused on grit, promoted by Angela Duckworth and her book, Grit: The Power of Passion and Perseverance, and the second on growth mindset promoted by Carol Dweck and her book Mindset: The New Psychology of Success. Both books essentially explore the same problem: Why do some students do better than others. Both books study successful people in all walks of life to see why they succeeded, hoping to apply success skills to general education.

I highly recommend these books to students, parents, and anyone wanting to get ahead. However, does their insights apply to people in the last third of life? Can I become gritty and develop a growth mindset that will allow me to succeed at new learning endeavors in the last decades of life? I don’t know, but I’m going to experiment. New research claims the 65+ crowd can grow new brain cells, and their brains have elasticity. If I can learn math, that will validate those theories in my mind.

People with grit don’t give up, don’t stop when encountering setbacks, aren’t discouraged by not having natural talent, and consider failure a teaching tool. People with growth mindset know they are not fixed in their intelligence or abilities. I believe I’ve always maintained a growth mindset, but I’m just a C student when it comes to grit. I need to change that mindset about grit. I can be gritty if I have to – I’ve stuck to a plant-based diet after getting a heart stent. But given the chance with most activities, I always take the fun way out. I need to believe I can change that habit. 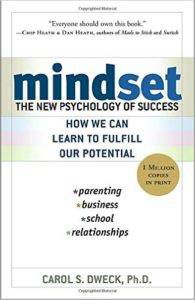 Duckworth had numerous example of grit and conducted many scientific studies, but the one that stood out most dealt with students with extracurricular activities. Kids who stuck with an afterschool pursuit for two years running were more likely to succeed in school and life afterward. I never went in for any extracurricular activities. I was a reader. But I was one hell of a gritty bookworm. I tended to wimp out at doing, but I was great at thinking about doing. Can I change that behavior this late in life?

Here’s the thing about grit – all you have to do is keep going. Even if it’s just sticking to something one minute more each day. I figure if I do any amount of math daily I’ll be showing more grit. According to Duckworth, if I can stick with it for two years I’ll have the kind of grit that will transfer to other ambitions and pursuits. Come back in two years and see if the experiment succeeded.

Our times are perfect for being autodidactic, especially in math. There are countless online courses to pursue, but best of all is Khan Academy. I’ve already started working with it, and it’s amazing. Even though I got through Calculus and Statistics in college, I’ve forgotten it all, and I had to start back in the 4th grade at the Khan Academy. I’m hoping to move into 7th-grade math soon. I’ve tried learning math before and started with A Mind for Numbers: How to Excel at Math and Science by Barbara Oakley, Ph.d. But I dropped out last year. Not enough grit. I’m going to take her Learning How to Learn course at Coursera over and apply it to working with math at the Khan Academy, which I actually enjoy. It’s almost like a video game. 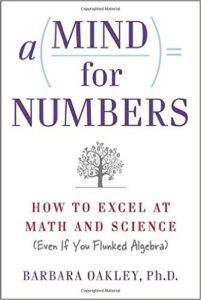 My new hope is Angela Duckworth is right about building grit. Her book is extremely persuasive, but her studies don’t cover us older folks. I will need to reread a chapter of Grit each week to spur me on. In both Grit and Mindset, people who succeed have goals. I’ve never been good at goal seeking. Also, Duckworth’s research showed working on a team is a major beneficial factor. I’m not sure how to arrange that. Maybe I’ll Tom Sawyer some of my retired friends into a learning club.

I may have accidently tested grit already. I have written over 1,200 essays in the last ten years. That should reflect the 10,000 hours/ten-year rule, except I didn’t apply enough disciplined practiced. Studying math will be a much harder mountain to climb. Mentally I know I am right at the barrier of ability. To break through will require a major amount of grit. This is where mindset comes in. Fixed mindset tells me I’m too old. Growth mindset says I’m not. To succeed will require grit and reprogramming my mindset.

But back to the book reviewing. If you’re the kind of person who always wanted to succeed at something, but hasn’t, then Grit and Mindset are for you. It’s not a matter of talent or luck, although they help. If you’re a parent, you need to read these books. Period. Ditto for teachers and professors of education.

No matter what your ambition, these two books should inspire you to keep at your dream.