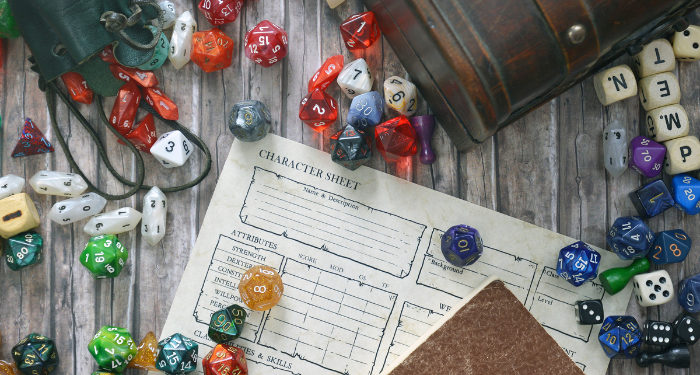 As Wizards of the Coast prepares to phase out the 5th edition of Dungeons & Dragons in 2024 in favor of One D&D, the game has reached a level of popularity unimaginable for most of its nearly 50-year-long history. Whether you’re new to D&D or just rolling a new character, you’ll want to familiarize yourself with the eight D&D name generators on the list below for all your future role-playing needs.

Nobody can tell you the “right way” to play D&D, because there is no single correct method of play. Newcomers will be surprised by just how quickly they pick up the myriad rules that govern combat. For most people, however, the pressure of making meaningful contributions — whether that means writing your character’s backstory or building a new city from scratch — is the most difficult aspect of the game to master. That’s true no matter what side of the screen you happen to be on.

Thankfully, D&D’s recent surge in popularity means that the internet is full of resources to help dungeon masters and players improve their games. I’ve rounded up some of my favorite D&D name generators for all your tabletop roleplaying game needs. Whether you’re looking to name a player character, NPC, location, or magic item, the eight tools on the list below are here to help.

First established in 1999, Candlekeep touts itself as “The Library of Forgotten Realms Lore.” In the “Computer Software” section of Alaundo’s Library, you’ll find downloadable, fan-made generators for names, events, treasures, and more. There’s even a Thieves’ Cant translator!

Elf name generators are a dime a dozen. If you’re looking to name a character from one of D&D’s lesser-known playable races, however, you owe it to yourself to check this one out. Codex Nomina couples an easy-to-use generator with helpful tips for making sure your characters’ names match their personalities, backgrounds, and the tone of your game. The site’s most interesting feature is its class-based name generator, which is perfect for characters from societies without race-based naming cultures.

This is a little bit of a cheat, given that D&D Beyond‘s built-in name generator pulls its suggestions from Fantasy Name Generators, which is also featured on this list. But if you’re already using D&D Beyond and don’t want to pull up another website, this is a viable option for character naming.

Donjon is a one-stop shop for DMs who need to quickly generate names, dungeons, loot drops, maps, and more. With resources for Advanced D&D, 4th edition, 5th edition, and Pathfinder, donjon is perfect for first-time DMs, or those trying out a new system.

When it comes to D&D name generators, you’d be hard-pressed to find a resource as comprehensive as Fantasy Name Generators. Name your TTRPG character, your fan fiction original character, your home planet, your eldritch evil, and your local botanical garden — all without ever leaving the website.

DMs and players looking for a customized naming experience will want to check out Perchance. You can view others’ creations here, sure, but the real allure lies in making your own D&D name generators for future use.

Serendipity isn’t as comprehensive as Fantasy Name Generators or donjon, but it’s damn good at what it does. Here, users can generate names for characters in medieval and fantasy settings, as well as those from contemporary France and Japan. If you’re looking for location inspiration, be sure to check out Serendipity’s place name generators as well.

The Story Shack is like a slimmed-down version of Fantasy Name Generators. This website has dozens of D&D name generators, fan fiction utilities, and writing prompts. It even provides a space for writers to publish their short stories and fics! Well worth looking at if you’re interested in writing and sharing your work for fun.

Want more great Dungeons & Dragons content? We’ve handpicked the best D&D accessories and fantasy maps you can find on the Internet right now — plus all the D&D books you crave.