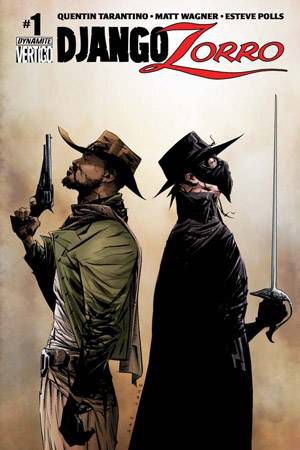 I’ve resisted picking up a comic book based on a movie franchise for a long time. There was no specific reason for this, just that something about these comics never resonated for me.

Why take something in full living action and break it down

It’s not that I don’t love the stories out there. I’ve a dedicated Buffy the Vampire Slayer fan, and I have the utmost faith in the Jos Whedon storytelling superpowers. But for some reason the most I’ve been able to muster for the comic spinoff series has been a tepid curiosity.

Also, seeing Sarah Michelle Gellar’s face on the cover of a comic book is just weird.

To some degree, my reasoning comes down to just being snobby about my pop culture. I’m a big believer in telling a story in the medium best suited to it, and then letting it be. Or at least that’s what I’ve told myself. But really, I’m a total hypocrite on this point. Because I’m more than willing to jump at crossovers going in the direction of page to screen.

Where to even start? Agents of S.H.I.E.L.D., X-Men, Batman, Walking Dead, The Hunger Games, Harry Potter, Gone Girl … there’s just too many examples to even mention. I love them all.

I even tend to be more open-minded about these adaptations than a lot of my reader friends, more accepting of creative choices made to adapt the work, and less likely to say the dreaded, “The book was better.”

So if I’m fan of so many page-to-screen, what’s my hesitation on picking up an adaptation in the other direction? I have no real answer for this question, and I’ve wrestled with it for a couple years now, trying to figure it out.

But in November 2014, Quentin Tarantino threw his hat in the comics ring with Django-Zorro, written by Matt Wagner and Tarantino himself, and illustrated by Esteve Polls. When the trade paperback released in November, I couldn’t resist.

I’m a major Tarantino fan. I even dressed as Elle Driver from Kill Bill for Halloween this year. But more than that, I could see what I loved most about Tarantino’s work—the hyper-stylized intensity he brings to his films—transferring well to a comic.

Besides, I’m a real sucker for a mashup. Django and Zorro? Why not!

It was enticing enough to pick up the graphic novel and find out. If it was everything I thought it could be, this could open up a lot of doors for me with other series crossovers.

So did it Tarantino measure up?

The comic certainly create an excellent Western vibe, and holds true to the Tarantino trademark theme of revenge. It’s also true to Django’s grittiness and penchant for justice and freedom. The story is solid, too, with some fun push-and-pull moments between Django and Zorro, and also a few great fight scenes.

But it didn’t feel as rich as it could be, and lacked that stylization I love so much about Tarantino films. Something just got lost in translation.

I can take a guess to what that something was, too—the other things I love about Tarantino are the killer soundtracks and film-student fusion of old spaghetti Westerns, Japanese samurai films, and Hong Kong martial art films. It’s hard to get self-referential about film history when you’re not, erm, creating a film.

At the same time, this crossover also lacked some of the key things I love about comics. The illustration work was solid for storytelling purposes, but it didn’t stand out to me artistically. And my absolute favorite thing that makes comics unique to me, their unapologetic strangeness, was completely MIA.

In short, the comic was perfectly fine. But something about the movie was lost in translation, and no enhanced value was picked up from the comics side.

There is a long history of crossovers in the direction from page to film. The practice of adapting comics into film goes back all the way to 1941, when Adventures of Captain Marvel was released.

And maybe the key word there is “practice.” I don’t know exactly how far back movie-to-comics adaptation goes, but there’s certainly been a lot less of it over the years.

Maybe, as comics continue to rise in popularity, there will be more crossover in this direction, and thus more collective experience at it, the niche will find its stride and truly thrive. I’ll certainly be keeping my eyes open for it.