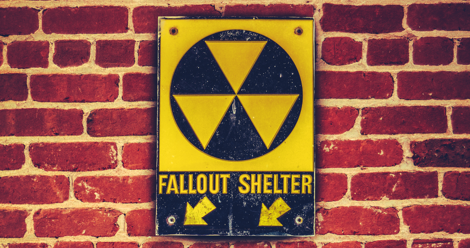 Two days after my birthday, my partner asked for a divorce. On one level, it wasn’t all that surprising– we’d had our own set of (actually really common) problems and while we’d tried to make it work, it didn’t. On another and much more intense level, I felt like a nuclear bomb went off in my personal life. It was time to shelter in place (or, in my case, to flee to a cheap local motel for a day or two of crying, floating in a pool, and figuring out WTF to do next) and brace for the fallout.

When I took to my own personal fallout shelter, I packed a weird mix of books–not thinking clearly at all, I threw an intense academic history of anarchism (seriously, WTF me?) and a novel about a failing marriage into my unplanned “go bag.” Neither of these two books could hold my attention for more than two sentences before they dissolved into literary white noise. The thought of reading a romance novel appalled me, despite assurances that this was a great idea, because I was pretty convinced love was garbage and an exercise in slow failure. Anything too light, in any genre, wasn’t enough to keep my mind from wandering. 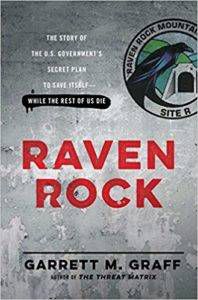 The only book that’s gotten me through the first month of my divorce is, believe it or not, Raven Rock: The Story of the U.S. Government’s Secret Plan to Save Itself–While the Rest of Us Die by Garrett M. Graff. You have to keep going when the unthinkable happens but how, exactly, do you do that? This question is at the core of Raven Rock and although it’s about the United States’ government, not an individual’s life, I found it remarkably comforting to know that, no matter how many brilliant minds prepare for nuclear bombs, very little will probably help.

Divorce, like nuclear war in the Cold War (and today, sigh…), is a constant, low-level background threat in any marriage–and miss me with your “not mine.” Everyone thinks about it, even if it’s in horror and revulsion tinged with moral superiority, we’ve all thought about it after a bad fight, tense weekend with the in-laws, or miscommunication with disastrous consequences. Nobody wants a divorce when they get married, nobody thinks it’s likely, and yet the undeniable, theoretical possibility is always there. It’s in the background of the decisions we make about our finances, jobs, friends, and so many more big and small choices. We may not actively plan for a divorce, because who wants to imagine it, but it’s a lurking threat like the bomb was in the Cold War.

So when a marriage ends, you have to act on your own personal continuity of government plan. Where do you go? How do you pay for things? Is it important to save that album or those holiday decorations, which has more intangible value? What are the risks of severing ties with some people and not others? Some infrastructure, like a bed, is essential. Other kinds of infrastructure, like having more than 1 coffee mug or a bathmat, really, really isn’t.

I don’t want to suggest that marriage is like a Cold War nuclear standoff–even I’m not that jaded. My partner is (was? I still don’t know what tense to use) a good man and we had a great run. But I do want to suggest that the ways in which we did (and did not) prepare for the possible nuclear bomb was as central to our marriage as it was to the Cold War. Reading Raven Rock showed me that no matter how much we prepare, the catastrophe will still unfold. It will inevitably have an impact. There’s no way out of this without loss, pain, and suffering. So work like hell to avert the explosion but be ready to keep moving when it does.

The world keeps spinning, things still have to happen, and that’s the terrifying point.