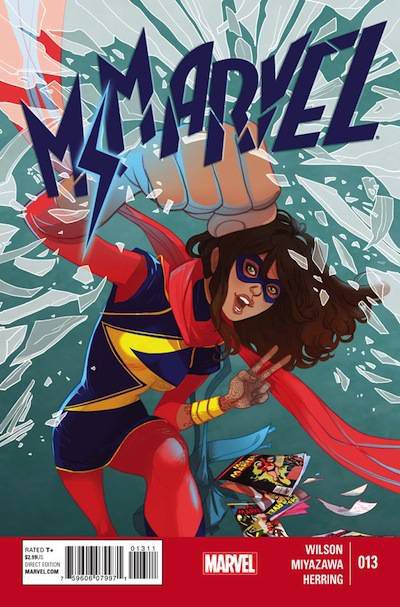 Comics are for everyone. This is a fundamental belief we hold here at Panels. It doesn’t matter whether you’ve been reading comics for 25 years or for 2 weeks, or even if you want to read comics but have no idea where to start; if you identify yourself as a comics reader (or want to be one), then you have a place in our community. Being called a “new comics fan” isn’t an insult here at Panels; it’s something to celebrate.

Another thing we value at Panels is diversity. We talk a lot about feminism and LGBTQ and PoC issues, and the way they are (or, sadly aren’t) covered in comics. And we get pushback for it. Yes, Panels is a newcomer on the comics Internet scene, but people have noticed just how much we talk about diversity, and while the response has been mostly positive, there has been some criticism, some commenters not really interested in our message.

It’s a great time to be a comics fan. The industry is enjoying such an amazing renaissance, with diverse titles releasing left and right. More people are getting into comics, are interested in exploring and trying the medium for the first time. With an increasing emphasis on diversity comes increased sales and a larger audience. This should be a good thing. Why, then, are so many people defensive about the way things were? Why are so many fans resistant to these changes?

It’s a complicated question, and there’s really no easy answer. There are some fundamental truths, though, that we can try to understand.

For a long time, comics was the domain of straight, white men. That’s not to say there weren’t other people reading comics; I know plenty of ladies in their 30s who are lifelong comics readers. But the primary demographic, and the audience the Big 2 (DC and Marvel, for new readers) was trying to satisfy, was white male readers. But now, all of a sudden, with the amazing renaissance that comics is experiencing (which, don’t get me wrong, there is still a long way to go, but it’s an awesome start), this isn’t the primary audience anymore. All of a sudden, women are important. People of all shades of skin color are important. People who are LGBTQ are important. Comics is diversifying, celebrating the way we are different, and how that makes us able to connect with one another. Most white male readers of comics are incredibly excited about the new people reading comics. They’re happy that their beloved industry is growing, that it’s not doomed to the dusty basements of the literary world. And they love the diversity; I can’t tell you how many men I’ve talked to who adore the new Batgirl comic and are so excited to read about Kamala Khan.

But. (You knew there had to be a but.) There is a small, but vocal, minority of comics readers. People who had been courted by an industry their whole lives and are now starting to feel unimportant. People who don’t like change, who believe that by adding diverse creators and characters, it’s somehow taking away something from what they enjoy. But comics isn’t a zero-sum game. As a brown woman, my gain isn’t a white man’s loss. I truly believe that diverse comics, comics that reflect the messy, complicated, all-shapes-sizes-sexual orientations-colors world we live in, make comics better for everyone.

The comics universe is huge. There is room for all kinds of readers. Reading opens up our narrow world views and teaches us about things that are different than us, things that might be strange and scary, but that make us better people for having considered them. That’s an amazing and weighty power, and it’s something to be celebrated. If you are interested in the hows and whys of that, and how diversity in comics makes things better, then you are already an integral part of the Panels community, and we’re so happy you’re along for the ride.

This post was written in conjunction with Women Write About Comics on the topic of censure and criticism in comics. For more on this topic from around the comics space, visit WWAC.