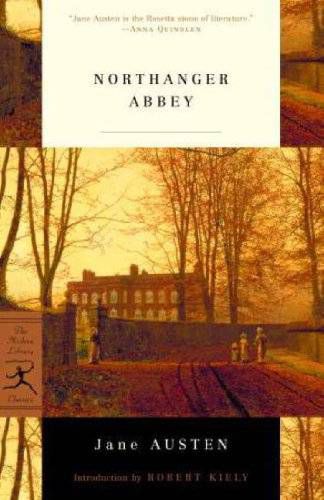 Earlier this month, I had the pleasure of attending a brand new convention to my hometown: Kansas City Comic Con. They went through some growing pains and had some logistical issues, but I thought they did quite well for their first year.

What drew me to this new convention wasn’t the list of guests (which was mostly local, but KC has some amazing local talent), the cosplayers, or the vendors. What drew me were the panels on diversity that William Binderup from Elite Comics was putting together.

The first panel was “LGBT and Comics” moderated by Wick Thomas. On the panel was Marshall Edwards, a gender non-binary writer and autism activist. It also featured Josie Brown, a lesbian comics fan, and Melody Burns, a transgender woman in an awesome supergirl costume.

A great deal of the discussion centered around panelists’ lack of faith in large publishers’ (namely DC and Marvel) ability to promote LGBT diversity and stick with it. They all shared frustration with DC’s treatment of Batwoman, who was allowed to be lesbian and allowed to be married, but the publisher refused to actually depict the ceremony. This led to the creative team leaving and a new team stepping in that wasn’t willing to push as hard for diversity. Likewise, panelists felt that a lot of LGBT diversity was quickly undone by various reboots from The Big Two.

None of this was news to me, but then the group started talking about the importance of superheroes for transgender people. They said Batgirl with her transgender roommate hit the nail on the head: Like superheroes, transgender people are often in hiding and living dual identities. So having transgender superheroes with which to identify is very important to the trans community. More than that, even though they don’t want non-trans people to stop writing about trans characters, they emphasized the need for trans stories written by trans people.

When the floor opened up to questions, it drove home why we need LGBT diversity in comics: So many young LGBT people are struggling with who they really are and how to come out. Comics featuring characters with which they can identify can be a big help in finding their own way, if only they know where to find the comics. Much of the Q&A revolved around giving young people in the room reading suggestions for comics that reflect their own struggles in life.

The next panel was “Race and Comics” hosted by Rav Powell, a comic book creator and PR guy for KC Comic Con. On the panel was Anthony Oropeza (Amigoman), Damont Jordon (Gray, Parasites), and Larry Stroman (X-Factor, Alien Legion).

All three started by telling stories of how they got into comics and all shared a similar origin: They all remembered going to their local comic shop, looking at the wall of comics, and finding few characters who looked like them. They wanted to create comics featuring characters with which they and their friends could identify.

The conversation then moved to the current and future states of racial diversity in comics. All the panelists acknowledged that Mile Morales as Spider-Man and Sam Wilson as Captain America are current triumphs of racial diversity. They said there is no desire to see a black Peter Parker or Steve Rogers, but having these black characters take up mantles of great superheroes creates great stories without sacrificing the ethnic diversity.

Rav Powell drove home that diversity in service to the story is the goal. He pointed out the casting of Billy Dee Williams as Harvey Dent in the 1989 Batman film as an example of when diversity is not in service to the story. At the time, it was seen largely as a publicity stunt. Fans of the comics were outraged at the casting (along with Michael Keaton, but for different reasons) and that outrage became free press for the movie. It became a point of intrigue to help sell tickets. That’s not the diversity they’re looking for.

Miles Morales is a complete fictional character. He grew up black-hispanic and he carries that ethnic background with him even when slinging webs. Likewise, Sam Wilson is not Steve Rogers. He takes up the mantle of Captain America but doesn’t try to be Steve Rogers in the process. The panel also mentioned Jane Foster as Thor, how she isn’t just a female Odinson, but a complex, fully-formed character in her own right. These things make for great stories with great diversity.

Sadly, I was not able to attend the “Women and Comics” panel. Only attending these two, however, gave me insights into the current state of diversity in comics and how terribly far we still have to go. If you have a chance to attend a similar panel at a convention near you, I strongly encourage you to attend. There is so much to learn.