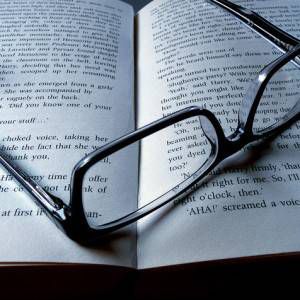 Much like this year’s blindingly white selection of Oscar nominees, the overt lack of diverse representation in the publishing world isn’t limited to authors and their books. The Black editor attempting to navigate the intricacies of the corporate publishing system is, by default, a unicorn, simply because Black voices are routinely undervalued and dismissed. In the eyes of white publishing, the universality of a narrative is dependent upon its connection to whiteness. The default modus operandi in publishing is that of the white gaze, where the white protagonist is held as the standard of authenticity, likability, and familiarity. Narratives that defy this white-centered tradition are considered Other. Fiction that prominently focuses on the lives of Black characters are often shelved in the “African-American Fiction” section, as though fiction that casts a spotlight on Black characters is a deviation from the expected norm. Books such as The Coldest Winter Ever are peddled to the public by hungry publicists as “street lit,” a term for stories about Black people set in an urban environment. The word diversity has become a circular conversation piece that separates those involved into two different camps: POC writers, agents, editors, and readers who demand equal representation and hold the industry accountable, posited against white writers, agents, editors, and readers who refuse to bend, who deny maintaining a system of exclusivity. These are the same white publishing executives who want to benefit off diversity, but do not possess self-awareness. They want to reap the monetary rewards of bowing to diversity without changing their all-white masthead. They want the credit and the positive publicity without implementing changes. They are so trapped in their fear of the unknown and love of the almighty dollar that they would rather sacrifice talented writers at the altar of consumerism.

I know what they’d say: We only pick the best people for the job. We didn’t have any minorities apply. We just want someone who fits into our work culture, regardless of race. These are all lies, fairy tales, and fallacies to deflect the issue. Some would like to argue that the lack of Black editors is not the fault of the industry itself, that the low turnout is simply a reflection of the overall tastes of Black people. They find convenient excuses to hide behind like titanium armor, refusing to believe that the current model rewards those who have the privilege to access (internships, a liberal arts institution with a hefty price tag, industry networking) deemed necessary to even earn an entry-level position. It’s not that Black people aren’t interested in literature or adding their own contributions. Rather, it’s the people in positions of power, the so-called gatekeepers, the all-white publication mastheads, and their reluctance fueled by either ignorance or racism or some combination thereof, that effectively derails both opportunity and career mobility.

I cannot help but think of Kiese Laymon’s brilliant essay, “You Are The Second Person,” which originally appeared on Guernica. The essay, told in second-person POV, recounts Laymon’s rough and uncomfortable road to publishing his first novel, Long Division. The novel is a coming-of-age tale in which a young, Southern Black boy named City Coldson inherits a strange book which allows him to time travel. Despite some of the harrowing moments of the story, including encounters with Klan members, the story is humorous, utilizing AAVE and modern slang to emphasize the City’s youth and upbringing. Unfortunately, Laymon’s editor didn’t think that the “race issue” was an essential element of the novel. The editor exposes his myopic vision in a slightly reprimanding e-mail:

“The success of your book will be partially dependent on readers who have a different sensibility than your intended audience…As I’ve already said to you, too many sections of the book feel forced for the purpose of discussing racial politics. Think social media. Think comment sections. Those white people buy books, too, bro. Readers, especially white readers, are tired of black writers playing the wrong race card. If you’re gonna play it (and I think you should) play it right. Look at Tarrantino [sic]. He is about to fool all these people into believing they were watching a black movie with Django. I guarantee you that whiteness will anchor almost every scene. That’s one model you should think about.”

What’s even more shocking (heartbreaking) is that this editor was not white, but Black. He later goes on to say that “black men don’t read” and that “bougie black women love plot.” Then, after getting fired from his original company and joining an unnamed Top Five Publisher, he crawls back to Laymon, acting as both advocate and naysayer. He tells Laymon, “Does the narrator really need to be a black boy? Real black writers adjust to the market, bro.” In order to be a “real” black author, it seems that one must adopt the colorblind philosophy and write with both hands tied behind one’s back. In order to be a “real” black author, one must appease whiteness, feed it tenderly like a feral dog, coddle it like a crying newborn. Ultimately, Laymon parted ways with his editor and reworked his novel, then sent it out again. It was eventually picked up by Agate Bolden and published to critical acclaim.

As a working writer and editor who is also the result of an interracial marriage (Black and Asian, for inquiring minds), I was disgusted by the treatment Laymon received. I’d experienced, to a degree, the same treatment. When I finished my literary fiction novel about a Black girl in her freshman year of college who must come to terms with her racial identity, I was told to “stop focusing so much on race. The novel can’t just be about the girl being Black.” I was told by multiple white agents that the story wasn’t marketable, that it wasn’t “relatable,” that the editors couldn’t understand the character or her motivations. They wanted it to have “universal” appeal. It should be noted that none of them had a problem with the actual quality of my writing. I was a great writer, they said, but who would buy a book about a Black girl dealing with race and racism?

I could remain silent and take the crumbs and table scraps handed to me. Pretend to be so desperate and grateful that I will drop an entire project to suit the needs of the white gaze. Sell a bunch of books and silence myself in the process, fade into the shadows, write with a hollow heart. In his essay, “Self Portrait Of The Artist As Ungrateful Black Writer,” poet and BuzzFeed Literary Editor, Saeed Jones, discusses what it means to be a Black, gay writer in an industry that is 89% white. He writes, “You can make yourself crazy simply by paying attention…it’s difficult for me to speak up in the moment, or even months later, because I want to have a career, not just one book…I have no desire to burn bridges, but there are so many of us stumbling and bumping into each other along unlit paths.”

I have no intentions of burning bridges, but I am tired. And I’m tired of feeling that speaking out against industry microaggressions and blatant racism will blacklist me for life, make me a persona non grata in publishing.

As Jones says, I’m no longer settling for the smile and dance of “just happy to be here.”