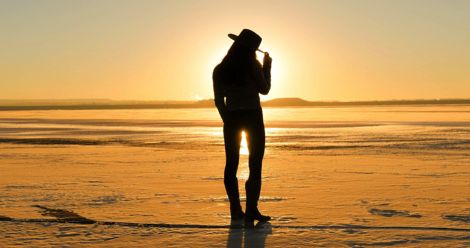 In my experience, cowboy romances, or western romances in general, usually end up being very white. These cowboys tend to have a “tan” because of staying too much under the sun, but it doesn’t erase the simple fact that… they are always white. Where are the non-white cowboys? The ranchers? You might be asking yourself that question. Lucky you I’m here to tell you that there are non-white western romance novels and below this you will find some of my all-time favorites.

This all came to be because Suzanne from Love in Panels tweeted this to me, so I obviously had to say: LET’S DO IT.

I need @thebookvoyagers to do a post about cowboys/cowgirls of color next because we got Rebekah and Laquette and, of course, Ms Bev. There must be more and the world needs to know. 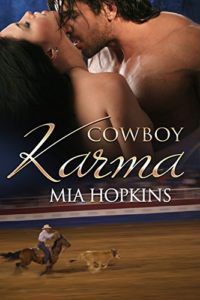 Harmony Santos’s boyfriend breaks up with her on her birthday. Unlucky, right? She doesn’t look it that way when she has a one-night stand with a sexy cowboy named Lucky Garcia! But when it starts to turn into more, she worries her heart isn’t prepare for it yet even if she cares so much for him.

Everything you need to know about Tempest by Ms. Bev is this: Rich heroine greets her new husband by shooting him in the shoulder. This is such a sweet historical romance with an arranged marriage, a single dad and a lovely love story. I highly recommend everything by Ms. Bev but this one is really my favorite.

Dueling the Desperado by Mimi Milan

She’s an artist trying to have a new start in California. He’s a Mexican cowboy looking for golden opportunites. He decides to take his friend’s invitation to start anew in a place where he can be anyone. But when pasts are revealed, will they come together or go their separate ways? 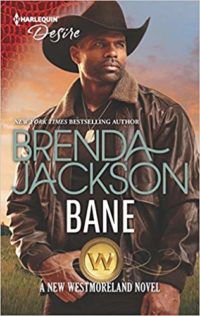 Brisbane is back after five years. He’s ready to get home to his ranch and to get the woman he left behind back as well. She isn’t ready to forgive him for leaving her after saying he loved her, but she needs him to protect her now!

Seduced by the Outlaw by Apollonia Lord

Tamar is a respectable citizen of Kansas City; she runs her local newspaper, takes care of her sisters and maintains her family legacy. The last thing she expects is to fall in love with an outlaw.

Seduced by a Stallion by Deborah Fletcher Mello

Matthew Stallion is the playboy of the Western world. Sparks will fly when he clashes with single mother and judge Katrina Boomes. She’s the epitome of judicial calm and old-fashioned tradition, but Matthew will unleash that passion inside.

Nine years and Kit returns to his hometown but now he’s a different man. He’d have to learn how to live a civilian life and would need to adjust to it while coming to terms with past demons. When he meets again an old classmate, his motivations will change.

But she also has secrets of her own and grief. 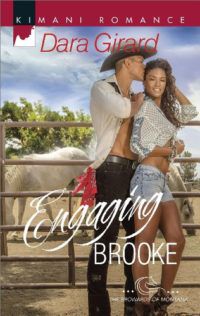 She needs to get a husband within thirty days or else, she will lose her family home forever. Her only solution is to turn to the only man she can trust to help her.

He only cares about his ranch but he understands about family legacies and so he accepts Brooke’s proposal for a marriage of convenience. She’s the woman he’s cared about for years.

Forces of Nature by Cheris Hodges

No one is going to tear down or take away her farmland. Not millionaire Douglas Wellington II. But when she meets him for the first time, he is someone she didn’t expect…

Ready to get what she wants, she issues a challenge: Douglas has to spend one week on the land he wants to destroy.

The Coyote’s Cowboy by Holley Trent

Sheena must warn the good guys when she learns about her father’s intentions when it comes to antagonizing a rival alpha. On the run, she lands outside Maria, New Mexico.

Austin and his brother think they have found a stray dog and decide to give it a bath. But when his brother tells Austin that actually it was a woman, he really can’t believe it. Soon enough he will find himself in this new world of shapeshifters and… all signs are saying that Austin is Sheena’s mate!

The Cockiest Cowboy To Have Ever Cocked 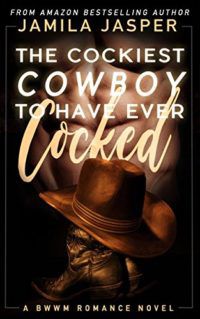 Remember that time someone tried to trademarked this *word*? This romance author was one of the author who were affected by the event and this book is something everyone should pick up in support.

She wants to hide from her ex and she thinks the best option is this ranch while helping the old woman who lives on it. But the problem here is her son… Their attraction is fire and he wants all of it.

To Tempt a Wilde by Kimberly Kaye Terry

After two years on the run, Althea has finally found somewhere she can stay safe. It’s a ranch owned by three rugged alpha men! But it’s Nathan Wilde the one who makes her heart beat faster… though he has told her that he is not in the market for romance.

Her Cowboy Protector by Roxie Rivera

Cruz Montes’s brother has left her in a ranch in West Texas with a cowboy she has never met. Her brother tells her this cowboy is the only one who can keep her unborn baby and herself safe.

Lydia doesn’t know what she’s doing in Montana, only that her movie-actress boss has sent her there to find a cowboy for herself.

Wes is not only a cowboy but he is the millionaire son of the renowned Broward ranching dynasty. Lydia will use all her aces and will try to land this cowboy at a cowboy auction.

What are your favorite diverse Western romance novels?