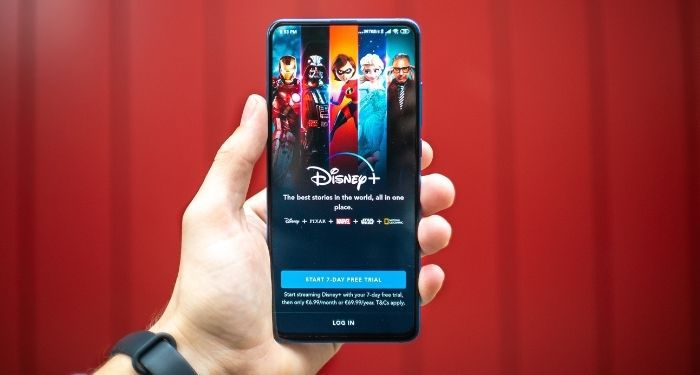 On Friday, November 12, Disney celebrated the two-year anniversary of their streaming service with #DisneyPlusDay, announcing upcoming movies and series. I’ve gone through the list to note all of the bookish content announced, from adaptations to sequels and more. Nearly everything Disney announced for Disney+ Day is bookish in one way or another, from direct adaptations of books to entries into Disney franchises that also have books to Marvel and Star Wars series. Let’s dig in.

Disney Properties That Have Books

A new series based on the TV show from the 1980s, which spawned a Disney comics series, further adventures in the Disney Adventure and Disney Afternoon book series, and a BOOM! Studios comic, Chip ‘n Dale Rescue Rangers.

A sequel to Enchanted, which was adapted as Enchanted the Movie Storybook.

As far as I can tell, this sequel to 1993’s Hocus Pocus is not based on the recent book sequel, Hocus Pocus & The All-New Sequel.

Based on Disney’s Ice Age, which has been adapted as Ice Age: The Movie Novel and Ice Age: The Classic Storybook, among others.

This musical series showcases the ongoing adventures of Tiana, who is based on Cinderella. See also: Sneakerella.

This series is a sequel to the 1988 film, which was novelized as Willow and spun off as Chronicles of the Shadow War.

The Book of Boba Fett

The upcoming series gives us the further adventures of Boba Fett, last seen on The Mandalorian. Streaming now is a documentary about the character, Under the Helmet: The Legacy of Boba Fett.

Disney Properties Based on Books

These are the direct adaptations of books coming soon to Disney+. It is worth noting that the announcement did not include the Percy Jackson series we know about already, which suggests to me that there is still no release date.

Cheaper By The Dozen

Based on Cheaper By The Dozen and Belles on Their Toes by Ernestine Gilbreth Carey and Frank Gilbreth Jr. Previous movie adaptations starred Myrna Loy and Clifton Webb in the 1950s and Steve Martin and Bonnie Hunt in the 2000s.

Diary of a Wimpy Kid

This animated movie is based on the long-running Diary of a Wimpy Kid series. A spin-off called Rodrick Rules was also announced.

Better Nate Than Ever

A live action movie musical based on the book Better Nate Than Ever.

A live action movie based on the classic novel The Adventures of Pinocchio, which was also the inspiration for Disney’s second feature cartoon.

A live action series based on the book series The Spiderwick Chronicles.

A spin-off of WandaVision, which was based on Marvel comics including Vision and House of M.

A spin-off series of Big Hero 6, the Disney movie based on the Marvel comic Sunfire & Big Hero 6.

A spin-off series from Hawkeye, which is based on the Hawkeye comics.

A cartoon series spin-off of Guardians of the Galaxy.

A live action series starring Dominique Thorne, based on Ironheart.

A cartoon series based on the Marvel limited series Marvel Zombies.

A live action series starring Oscar Isaac, based on the Moon Knight comics.

A live action series starring Iman Vellani, based on the Ms. Marvel comics.

A live action series starring Tatiana Maslany, based on the She-Hulk comics.

A cartoon series based on Marvel comics.

Season 2 of the cartoon series based on Marvel comics.

This series appears to be a continuation of the TV show from the ’90s, which was my introduction to Marvel so obviously I’m all in.