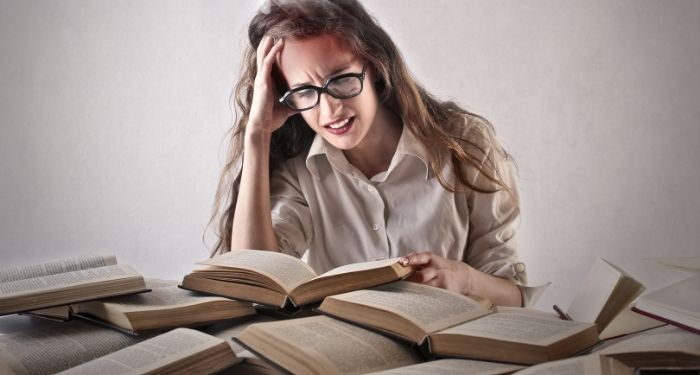 One of the curses (and sometimes blessings) of being socially active on Bookstagram is all the FOMO (fear of missing out) you experience.

During 2020 I vowed that the following year I would only read backlist books, books already in the market for a while. I vowed to this – and I even wrote a post about it – mostly because I wished to make a dent in my TBR, but also because I didn’t want to always be reading the same things everyone else was reading. When people asked for book recommendations, and all I had to share were the same books they kept seeing across all of social media, so I felt I didn’t have much to offer in terms of book recs and I was trying to change that.

Once again, however, I entered and left 2021 requesting quite a few ARCs (advanced reading copies) and after my book buying ban was lifted in the last quarter of the year, I also defaulted to buying new releases.

With that, I realised that trying to set myself up to read only backlist books is as useless as making a TBR for the month: I’ll end up reading whatever the hell I’m in the mood for at any given moment, TBR list made or not.

Even when not feeling the FOMO, it is tricky fumbling through Bookstagram without being pulled to the books that are being hyped up by so many accounts; I always end up seeing something that fits the genres and themes I read, and being swept up by the hype. And sometimes, it’s worth it. But not always.

One Very Specific Example Among Many

I bought a popular book I saw making the rounds online just a few months after its release, but I only picked it up to read two years later.

There isn’t a reason why it took me so long to get to it: let anyone who hasn’t bought a book they really wanted to read only to then have it end up on a pile for months or years cast the first stone. I kept prioritising other books, and I eventually picked it up last year. I didn’t like it. Now, to be fair, I didn’t hate it either, but I gave it an overall rating of 3 stars out of 5 (that’s a low rating for me), and I was quite disappointed with the book.

I can’t really define what exactly in the book didn’t work for me; it wasn’t the writing per se, or the plot, but when I turned that last page and placed the book back in my bookshelf, I was sad. So many people had loved the book, the reviews were mostly good, and here I was, disappointed by a number of things I wasn’t even sure I could name. What did I miss?

You may think that, when this happens, there are two ways to go at it: you either sulk, or you take joy in hating and bashing the book. And sometimes I do. Sometimes I dislike a book so much that I will be able to talk about it fiercely, and have fun doing it (sorry if this sounds cruel, but at times we do need to find joy wherever we manage to get it). But with this title (and various other books) there wasn’t hate, just a dissatisfaction. Which, often, is actually worse.

While I can find some comfort in ranting widely – and even hating openly – on books I disliked, more often than not I’m simply sad I read a book I didn’t like.

Of course, I can certainly choose to join the bitter commentary about said book, even feel some kind of superiority for not going with the crowd, but what way to spend my time is that? It’s silly, and this type of snobbery doesn’t make me better than anyone, just angrier. I’d much rather spend that same time gushing about a book with the majority, adding a new favourite to my collection.

Disappointment is, of course, part of life, and I do think not connecting with books occasionally can do us more good than bad. During my years as a reader I’ve learned to DNF books (which I only started doing in my late 20s), and to deal with this particular type of disappointment the best way possible. Here are a few tips to help you cope with that as well.

Taste is so subjective that it is indeed silly to fight over it.

When you don’t click with a book, it can be for a number of reasons, and it’s legit to say that a book is factually bad, especially when its themes are dealt with in a problematic way, for example. But it is also true that there needn’t be anything inherently bad with the book for it to not have worked for you. People look for different things in stories (from writing style to plot development), and the same story is different for everyone.

Learn to part ways without it being anyone’s fault…purely an incompatibility.

What Have You Learned

Not vibing with a book can teach you many things: maybe you didn’t get the book because you lack information on the theme dealt with; many people don’t know enough about certain themes to understand a character’s motivation, for example, but that character’s actions may make perfect sense once you learn a bit more about the issue at hand. In this case, you can educate yourself, read more about the subject, and maybe be able to appreciate the book more.

It’s also useful to try and analyse what exactly didn’t work for you, and it can be one thing or several. Sometimes they’re such small things that it takes time to figure them out, bit it’s worth doing this exercise. Once you know that, it becomes easier to identify these issues when picking up a future book, and steer clear of it.

One of the most valuable lessons I have learned as a reader: learn to DNF! I know it may feel daunting, or like a failure, but if you’re reading for pleasure and the book isn’t offering you that…what the heck are you reading it for? You definitely deserve better, so dump that book’s ass right now!

When should you DNF it? Book Riot has an interesting post on that but, ultimately, that’s for you to choose. My limit is usually 100 pages – which I admit is already a lot – but other people will DNF a book if it doesn’t get their attention after 20 pages. Both are valid choices, and it all depends on how much time you want to invest in a book individually.

Also, when you DNF a book (especially very early on), nothing stops you from picking up the book again at another time. Sometimes it’s really a perfect book, perfect person, wrong time situation.

Of course, when you DNF a book that means you’re still at least a bit disappointed by it. But at least you’ll focus more on the DNF side than on the “I’ve invested so many hours to finish this book and all it gave me was absolutely nothing”. That would actually make for a great T-shirt.

I know, what a thing to advise. But hear me out! Hating, in small doses and directed towards harmless things, can be cathartic.

Some of the most fun and engaging conversations I’ve had with other book lovers were about books we both hated. You’re basically picking something bad and turning it into a way to decompress without any harm coming off it. Accept that joy!

Instead of saying “I’m so sad I disliked this book” try saying “You’re not going to believe what this motherfreaking book has done to me! The audacity! The nerve! The sheer…” and you can just go on venting from there until you no longer remember why you thought disliking that book was a problem. Become the book-hating villain of your dreams.

You don’t really know anyone who has read that book so you can’t really rant about it? Or you do, and you have ranted, but you’re still filled with rage and you need more? Let me introduce you to strangers online posting reviews!

Go to your favourite review platform, click on whatever rating you gave the book (or lower, both are good), and watch the world burn at the tip of your fingers.

Then, once you’re feeling validated, click on the 5-star reviews and check out what other people have to say about the book, and what made the book so precious to them. You may be surprised at how many good points you’ll often find in there. It may even transform the way you view that book completely, and make you change your rating.

Throw The Book Across The Room

Listen, we try to stay civil, but we sometimes feel so betrayed by a book we trusted we would enjoy that there is no way around except violence: throw that jerk out into the air. If necessary, repeat.

Just make sure you don’t hit anyone or anything of value with it. Also, don’t attempt this with ereaders: it’s not worth the expense.

Another technique, if you’re not on board with the violence, is putting the book somewhere in your shelf so you don’t have to look at it, or give it to someone who really wants to read it, and just pretend it never happened: “That book I disliked? What book? I have no recollection of ever having read it, I dunno what you’re talking about…”

Fake it till you make it, baby.

Something you should read that won’t disappoint you? A guide to when not to DNF a book, or why it’s okay to not like reading at all.