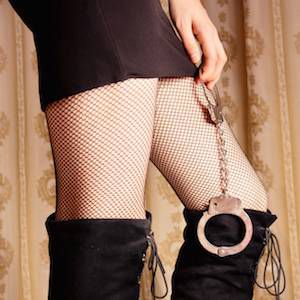 The following content discusses sexual violence and may be triggering for some readers. If you’re uncomfortable or triggered by these situations, please keep that in mind.

There are some of my cohorts who have been part of the romance reading community for quite some time, much longer than I have. They grew up with the old school authors, like Catherine Coulter and Bertrice Small, who imbued their romance with heaping helpings of the crazy and the fantastical. Themes of kidnapping and rape were all part of the “chase” in winning over the heroine. Some heroines enjoyed it, seemingly needing to be handled and tamed, and there could only be one man to do the job: the hero.

I am a victim of sexual violence. I’m not particularly triggered by reading it in books, but I am very critical of having it become a plot device or a pivotal part of a character’s backstory. If you had asked me to recommend a romance that dealt with these things well and didn’t trivialize them as some sort of mechanism to win over the heart of a woman, I probably would come up short.

That was up until a few weeks ago. 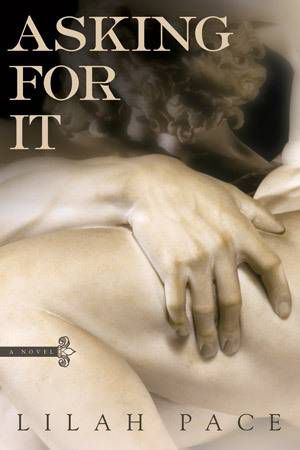 And then I read Asking for It by Lilah Pace.

It’s not much of a spoiler to reveal that both the hero and heroine are familiar with rape and sexual violence in this book. However, what I haven’t necessarily encountered before is this particular plot in which two people who have had these traumatic circumstances seek out a “rape fantasy” arrangement with one another. At first, I was very nervous and concerned about the book, though the publisher, Berkley, did a good job making sure their readers were aware of the possible upsetting content.

I read the entire thing in one sitting. I was up until one in the morning. I stayed in the same spot on the couch in my living room for hours.

There are a few things that really stuck with me. It’s been about two weeks since I finished the book and I’m still thinking about, still blown away.

One is the treatment of rape and sexual assault in romance. Often, these sorts of events are used to explain a character archetype. The brooding male doesn’t like to be touched because of previous sexual abuse. The spitfire heroine ignores the attention of men to hide her trauma of rape. Rarely are these characters seen trying to work through past pain, and too often is their “trauma” cured by the love of their partner. I’m not saying that a supportive partner isn’t helpful when healing these wounds and everyone’s experiences differ, but I’m also a firm believer in therapy.

Pace includes therapy in Asking for It, and though the scenes between the heroine, Vivienne, and her therapist aren’t the longest scenes in the book, they might be my favorite. Or at the very least, they contain the bits of dialogue that left the biggest imprint on my brain. I like therapy in my romances. Hell, I like it in my personal life too. There’s a vulnerability there about asking for help from a professional, and it shows growth. Not everything can be fixed by the power of love and there still is a bit of stigma attached to admitted that someone sees a therapist. I was proud to see that aspect of the heroine’s life included. Yes, she talks about her budding relationship in vague details with her friends, but she can really open up to her therapist, Doreen. She’s the one who gets all the details. She’s the one who helps the character reflect. In some ways, Doreen takes the place of the reader, saying out loud on the page what we’re all thinking in our heads.

Because of the sexual content, this book is definitely erotica, but the handling of kink is really a breath of fresh air. The couple, Viv and Jonah, enter into this arrangement of engaging in consensual acts of non-consent. For example, they roleplay scenes of date rape, of him breaking into her house, and of her being coerced. These words aren’t easy to type out given the sort of sexual violence that makes the news daily. I was worried I’d be extremely uncomfortable with it all, but I wasn’t in the slightest.

For me, the communication sold it. Jonah and Vivienne set rules and boundaries, and they are never – never – crossed. There is a safe word. There is after care following each “scene.” They make it clear to the reader and to each other that they are both willing partners. I never once thought, “Hey, this is wrong.” It takes a certain level of trust and maturity to discuss these things with a partner and all too often in romance, I find that there’s not enough asking and too much taking. The hero assumes the heroine “wants” his attention or she’s just playing coy. She says no, but she’s just playing hard to get. It may not be as egregious of an example as downright kidnapping the heroine, but there’s still an implication of coercion.

However, there is a poignant scene in which Viv is discussing this with her therapist. To paraphrase, she feels ashamed for having these desires given what she went through, given that there are plenty of people who went through the exact same things and may never even want to be touched again. She feels like its a slap in the face to survivors, including herself, to get off on such a thing.

And Doreen tells her that this could have happened regardless of her experiences, that she may have been into these fantasies despite her trauma. She admits that the fantasy could have its origins from Viv’s rape, but there’s no way of knowing now. But that the fantasy also has other influences:

The fantasy comes from that, and from a culture that eroticizes violence against women, and leftover puritanical guilt about sex that tells us we’re not allowed to choose it and want it for ourselves, and from God only knows where else.

That was when the lightbulb turned on. Yes, Asking for It does play into the standard trope of kink as a coping mechanism for sexual abuse, but they also acknowledge that it’s not necessarily the rule. And I have to wonder if these influences are why rape and coersion still make an appearance in terms of books about romantic love and romantic pursuit. Is there some conditioning at play that as women, our sexuality often comes from the choice of a man? That the only way to not feel guilty for our own desires is through men telling us that this is what we want?

I don’t know, and the feminist in me wants to rear up and curse and yell, and tell the world that I’m in charge of my own sexuality. But when I look back at my own history and my own experiences, I know that in some situations, I’ve played into that culture and that guilt. It was something I’d never thought about before until now. All because I read a romance novel.

When it comes to the genre as a whole, there are things for everyone. There are certain tropes that I will never be okay with and I’m sure that goes for most readers. Others may vary their levels of tolerance depending on the situation, especially where sexual violence is concerned. Even if I didn’t enjoy Asking for It, I’m still glad it opened up these questions for me as a reader and a woman. For those who are interested and can handle depictions of rape roleplay (the actual events of real sexual violence are only discussed and not “acted out”), then I suggest you get your hands on a copy immediately.