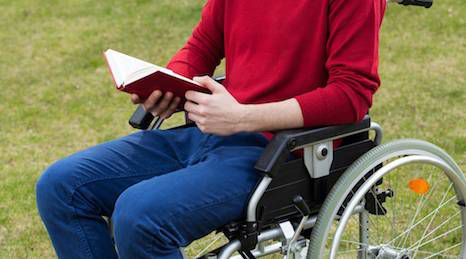 As a kid, I read and wrote constantly. I was born with cerebral palsy, which affects my balance and mobility. When I wasn’t at physical therapy, I had a lot of extra time to read while my non-disabled classmates were playing sports. I always wanted to write to convey my unique experiences of growing up disabled. However, I almost never saw disabled characters represented in literature.

Like most people in my age group, I loved the Harry Potter series. In 1997, when the first book was published in the US, I was eight. I identified with Hermione’s perfectionism—even her know-it-all attitude!—and her loyalty to her friends. I fantasized about going to Hogwarts and imagined that my school was the Great Hall.

Yet I noticed that, apparently, none of Harry ‘s classmates were disabled. Madame Pomfrey cured temporary injuries in the infirmary, making injury almost a non-issue in the Wizarding world. But what about people like me, with lifelong or genetic disabilities? I wondered. Would they also be cured? Many disabled writers, myself included, consider the “magical cure” trope—when a character suddenly stops being disabled—offensive. It implies that we’re inferior and denies an important part of our identities. Or, because Wizarding ability is at least partly hereditary, would no witches or wizards be born with disabilities? 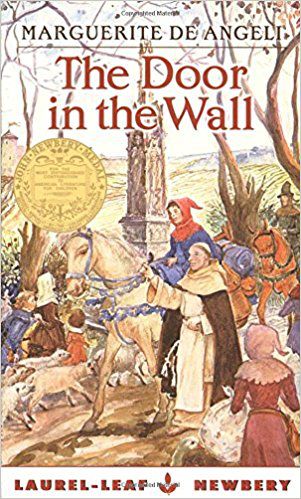 The first fictional, disability representation that I ever encountered was Robin, the young protagonist of The Door in the Wall by Marguerite de Angeli. In medieval Europe, Robin loses the use of his legs, and a monk carries him around, like Hodor does for Bran in Game of Thrones. The book seemed like a revelation to me. For the first time, I didn’t have to speculate on how disabled people might be treated in the story. The Door in the Wall won the Newbery Medal in 1950, and I noticed that the author had been born in 1889—100 years before I was. Although I was reading it almost 50 years after its publication, disabled representation hadn’t improved much.

Of course, people enjoy reading fiction for countless reasons, not just to see themselves reflected. Other reasons include envisioning fictional worlds and empathizing with characters who are different from ourselves. The problem is that not all children have the privilege of seeing characters who resemble them. Children of all races, disabilities, religions, and genders grow up reading about white, Christian, non-disabled, cisgender boys, but the reverse is rarely true.

In high school and college, I encountered countless examples of ableism in classic literature. These books often used disability as a symbol, rather than a part of human diversity. At one extreme, characters like Tiny Tim are objects of pity, whose disabilities make them seem saintlike. At the opposite extreme, Shakespeare’s Richard III’s genetic condition can either symbolize or justify his evil acts.

When The Hunger Games series came out, I was already an adult in my early twenties. I imagined that any physically disabled teenagers probably would have been easy fodder in the Games, among the first killed despite any other skills. The Avoxes, people who are mute because the government has cut out their tongues for dissent, are omitted from the Hunger Games movies.

Catching Fire, my favorite book in the series, touches on mental illness and neurodivergence. Mags, Finnick’s mentor, has limited mobility due to her age. Most of the former victors—such as Katniss, Peeta, Annie, Johanna, and Haymitch—struggle with their mental health as a result of multiple traumas. Beetee and Wiress, who outwit the Games in a unique way, seem possibly neurodivergent.

It might seem ironic for me to mention examples in which disabled people are not included, but our exclusion is significant. My elementary school had mentally and physically disabled students of many different ethnicities, but  books didn’t reflect that diversity. Some readers call the lack of representation erasure, which sounds deliberate. It might not be deliberate on individual authors’ parts, but this elaborate word-building at least fails to take us into account.

The lack of nuanced disability representation helped motivate me to write. Although we still need more, I’m relieved that authors are creating more multifaceted disabled characters. One of my favorite recent examples is Leigh Bardugo’s YA fantasy series, Six of Crows. Two of the five main characters are physically disabled and mentally ill. Kaz Brekker, a thief and the ringleader of a heist, uses a cane. He subverts stereotypes of helpless or self-pitying disabled young people by taking agency over his own life. He considers his cane a point of pride: “It became a declaration. There was no part of him that was not broken, that had not healed wrong, and there was no part of him that was not stronger for having been broken (428).”

Like many readers, including me, this BR contributor found Me Before You problematic.

Alaina Leary on ableism in literature (at The Establishment)

In this essay for Catapult, Keah Brown discusses not seeing herself represented in pop culture as a black, disabled woman. Brown’s debut essay collection, The Pretty One, will be published in 2019.