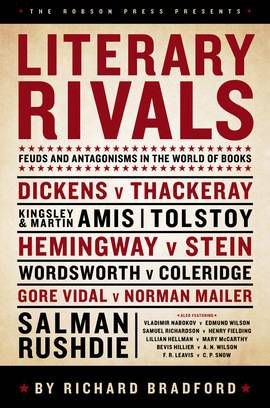 There is a truism among Whovians: “You never forget your first Doctor.” I am not much of a Doctor Who fan (please don’t hurt me), but I remember my first Doctor vividly.

His name was Dirk Gently, and he taught me the fundamental interconnectedness of all things.

I discovered Mr. Gently during a high school English assignment to write a book report on any work of fiction at our reading level in the school library’s collection. While walking home from school, I discovered Dirk Gently’s Holistic Detective Agency sitting alone on the sidewalk. The title seemed intelligent, weird, and unpredictable, everything I wanted from fiction. Other sci-fi fans my age discovered Star Trek, Dune, or Doctor Who; without a major franchise series to back him up, Dirk seemed like an offbeat, authentic friend. Long before discovering The Hitchhiker’s Guide To The Galaxy, this book introduced me to author Douglas Adams’s quirky universe.

My book report contained disclaimers at the beginning and end that its contents were honest: supernatural possession, time travel, alien intervention, the birth of life on Earth, artificial intelligence, and a misplaced horse all factored into the plot. My English teacher liked the report and said she would have to check out the book sometime (by the way, major props to any English teacher who allows a report on “this weird book I found on the sidewalk”).

Much later, after the invention and ubiquity of Wikipedia, I discovered Dirk Gently’s proto-Whovian origins: Adams combined two Doctor Who stories and removed the bits unique to that franchise in order to create Dirk Gently. Television adaptations and a sequel also existed, but the Holistic Detective Agency holds a special place in my reading life.

Imagine my rush of rabid nostalgia, then, when IDW announced its ongoing Dirk Gently comic series. Would Chris Ryall’s story still be as oddly intricate yet neatly efficient as the original novel? Would seemingly disparate motives, eras, and supernatural forces clash in the modern day? Would Dirk look like my imaginary detective friend? The answers turned out to be yes, yes, and close enough (hats off to pencilers Tony Akins and Ilias Kyriazis, inkers John Livesay and Bob Wiacek, colorist Leonard O’Grady, and letterers Robbie Robbins and Shawn Lee for all of the visuals).

In the comics, Dirk changes locales from London to San Diego, though Dirk’s ability to sniff out connections is no less sharp in sunny California. The first story arc, “The Interconnectedness of All Kings” involves Neferhotep and his servants stealing souls to gain new life, a pair of spouses-turned-copycat-serial-killers, a flashback to a character from the original novel, and a tea shop of colorful “assistants” for Dirk to string together and make sense of the bigger picture.

Just as Adams’s first Dirk Gently book landed at my feet over a decade ago, just as the first issue of the comic books hit the stands the same week as Towel Day (May 25), and just as Doctor Who scripts combined to form a wholly new eccentric host for Adams’s clever mind, I have to believe that meeting Dirk as my first Doctor was no coincidence. He regenerates by spinning off into other media, takes on unlikely companions in each adventure, and has a longview of humanity that often includes saving the world. He even has a blue suit and curly hair combo that would make Cowboy Bebop’s Spike Spiegel jealous.

Now if you’ll excuse me, there’s a new arc to explore, “A Spoon Too Short,” and I will enjoy slowly learning what in the world that means.