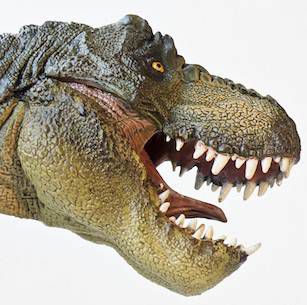 Canadians celebrate their Thanksgiving in the wrong month, so that it gets swallowed by goblins and ghouls and come November it’s like wtf do I seasonally decorate my door with now.

Dinovember conveniently and low-keyedly bridges the gap between Halloween and Christmas. It requires zero preparation except maybe buying a few plastic dinosaurs and then moving them around your house after your kids go to bed. It has all the magical whimsy of Elf on the Shelf, with none of the Big Brother creepiness. It is fucking fantastic.

If you’re feeling dinofestive, here are some dinoreads for every  age group.

[Edited to add, because I forgot, because in my head it was so obvious] What the Dinosaurs Did Last Night – Refe Tuma, Susan Tuma (originators of Dinovember and enthusiastic dinohijinxers)

The Smithsonian Dinosaur! Book is incredible and large and full of IMAGERY! And FACTS!

Oh My, Oh My, Oh Dinosaurs – Sandra Boynton (this is basically the best book for babies ever written, dinosaurs completely aside)

Also Dinos to Go: 7 Nifty Dinosaurs in 1 Swell Book by her Boyntonness

The How do Dinosaurs (Clean Their Rooms; Say Goodnight; Eat Their Food) series – Jane Yolen

I am, actually. That’s why I have so many board books.
Picture Books

Harry and the Dinosaurs: Roar to the Rescue – Ian Whybrow

The Fossil Factory: A Kid’s Guide to Digging Up Dinosaurs, Exploring Evolution, and Finding Fossils – Niles, Gregory, and Douglas Eldredge

Z. Rex (and the rest of the Z. [Dinosaur Name] novels) – Steve Cole

Emperor Mage, third in the Immortals series by Tamora Pierce (isn’t ABOUT dinos but HAS dinos if you wanna be way less literal about this whole thing and also Tamora Pierce is so great)

Oh man, I though I was going to be short-changed with my grown-up-type dinovember reads, because all I could think of was Jurassic Park, but the dinosaur riches are an embarrassment. You got you some:

Non-fiction: My Beloved Brontosaurus: On the Road with Old Bones, New Science, and Our Favorite Dinosaurs – Brian Switek (on my nightstand rn and I am learning so much)

Romance: Love in the Age of Dinosaurs – Sorcha Lang

Medieval knights riding dinosaurs like they (the dinosaurs) are horses: The Dinosaur Lords – Victor Milán (I am beyond excited about this)

ALSO DINOSAUR EROTICA IS A THING THAT EXISTS I DON’T KNOW YOU OR YOUR LIFE MAYBE YOU’RE INTO IT ANYWAY JUST LEAVING THE WORDS TAKEN BY THE T-REX HERE AND RUNNING AWAY BYEEEEE. 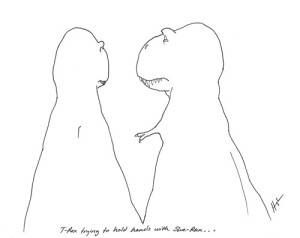 What are your favorite prehistoric reads?