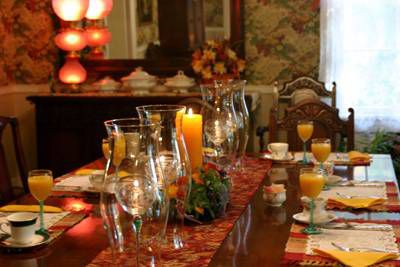 Get the fantasy place cards ready! We’re back around the Dinner Table in the Sky, imagining which writers, living or dead, we’d like to round up for a meal together. I’m currently seating food writers, party of eight. Dreaming of a massive banquette… and Jacques Pépin cooking for us before joining us for an extra bottle of wine.

Julia Child: I want her next to me to get the full effect of The Voice! To those who say she was an instructor, not a true writer, I say: Turn to pages 17 and 18 in My Life in France. The cookbooks, too, glint with humor and common sense—a great read.

M. F. K. Fisher: FOJ (Friend of Julia) and another strong, intrepid Francophile. They met late in their lives but Fisher touchingly wrote that she “felt home again” at first sight. Sure to share hilarious stories of travel adventures, dinner party hijinks, and pranks from their California childhoods.

Waverly Root: The dark horse; I know little about him other than his in-depth studies of French and Italian food. But as a newspaperman in Paris in the late 1920s onward, he must have incredible anecdotes at his fingertips. Hopefully not a lech after a few drinks.

Clementine Paddleford: In the 1950s, this dame flew her own Piper Cub around the country to research American food! She deserves far more recognition, and she might top the travel stories of even Apple.

Calvin and Alice Trillin: Alice, Let’s Eat is one of the first “grown-up” books I pulled from my parents’ bookshelves when I was little. Something about the title—the directness, the warmth, the blur between intimacy and openness—has always gotten to me. The entire Tummy Trilogy is brilliant; I laughed about the emergency bagel years before I ever clapped eyes on an actual bagel. Alice herself may not have a line of food books to her name but she is essential and inseparable.

R. W. Apple: “Johnny” Apple was a longtime friend of the Trillins, so they should have a good reunion and be table neighbors. Another raconteur of the highest water.

Then there’s the A. J. Liebling conundrum . . . The first page of Between Meals: An Appetite for Paris is an absolute masterwork, hilarious and mouthwatering. But in person, Liebling was happiest at his desk, or while out observing and reporting. In company, though, a rougher, darker character. He may be better imagined on a solo saunter, or scarfing hot dogs at a boxing match.

But the toughest question of all: What would we eat?!

Which food writers would you most like to have dinner with? 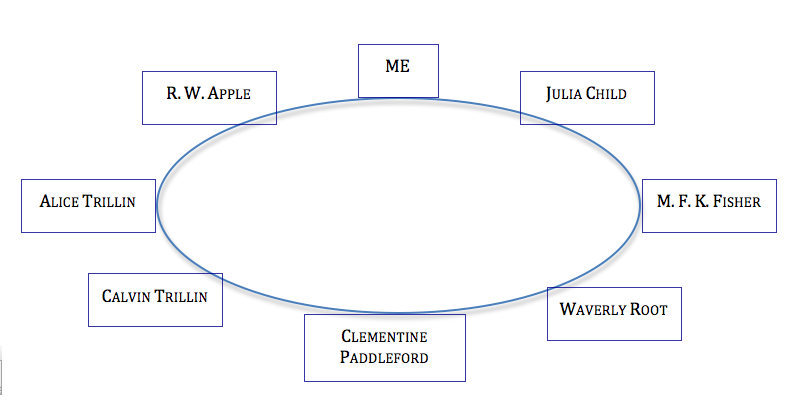