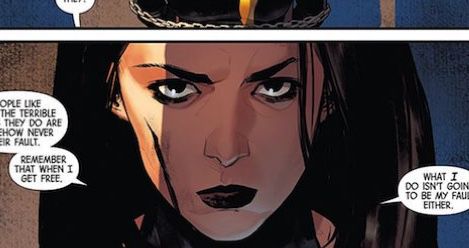 On July 18th, comics twitter was startled to see an announcement by writer Kelly Thompson about a new Jessica Jones series, written by her, drawn by Mattia De Iulis, and dropping…that day?

It took a few tweets to sort out exactly what was happening here, but here’s the skinny: the new Jessica Jones is the first of a line of Marvel Digital Originals (MDOs) that skip the floppy stage entirely. Instead of six 20-page issues for $3.99, each story will consist of three 40-page issues for $4.99—an overall savings of about $9 for the monthly reader. And for those who prefer print, the trade turnaround is swift—each one will drop the month after the story concludes, for a slightly extortionate $19.99 (or $10.99 digitally). In between stories, there’ll be a hiatus while the creative team queues up new material. 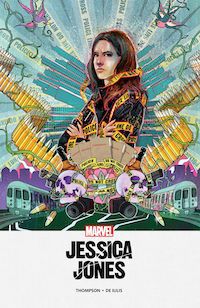 Jessica Jones is the first title to be launched under this imprint, and the already running Cloak and Dagger is being moved over to join her. Over the next few months, they’ll be joined by Luke Cage, Iron Fist: Phantom Limb, and Daughters of the Dragon, starring Misty Knight and Colleen Wing.

On the one hand, this is a brilliant idea. All of these characters have potential crossover appeal, given their various TV shows, and most of them are particularly beloved by potential customers who don’t fit the traditional “Wednesday Warrior” model, like POC, white women, and teens. (The exception being Iron Fist, whose antiquated Orientalism has not endeared him to emerging audiences.) Tying them to the outdated floppy distribution model meant that their continued appearances in their own books relied on sales to comic book stores instead of the digital and trade sales they were more likely to pick up. Though Marvel doesn’t publicize their digital sales, editor Nick Lowe told IGN that Jessica Jones, Luke Cage, and Iron Fist were all big digital sellers. This “season” style of publishing, with longer issues released in a three month timespan, also fits the increasingly binge-oriented patterns of today’s media consumers.

On the other hand…Marvel, you straight-up left it to your creators to tell customers about a book the day it published? Are you kidding me?

Sure, they went on to announce the imprint and the non-JJ books at their subsequent SDCC panel three days later, but…well, read that sentence back and tell me how ridiculous it sounds. I read a whole bunch of SDCC news from over here on the East Coast, and I didn’t know about the other MDOs until I found them by accident while looking up a different Iron Fist comic. (Yes, I’m still reading Iron Fist. I’m sorry! It’s through Marvel Unlimited, I’m not giving that book extra money!)

And hey, you know who’s even less likely to find an announcement buried in the overwhelming avalanche of SDCC news? Exactly the type of casual readers these books are meant to appeal to.

The problem, I’m guessing, is that Marvel (and DC, were they to do something similar) are stuck in their traditional way of spreading news about up-and-coming books: solicits. Three months out, comic book publishers put out a whole list of covers and blurbs for their upcoming issues, which comic book stops use to place their orders. Then geeky news sites and blogs dissect every word of those solicits to pre-complain about issues they haven’t read yet, essentially providing reams of free word-of-mouth marketing for publishers. (I tease because I love, comics fandom! I do it too.) But when you don’t have floppies, you don’t have solicits for your single issues, and your trade announcement gets buried down at the bottom of the solicits after the first digital issue has already been released.

And you shuffle the job of promotion onto your overworked creators, as if you’re a vanity press and not a subsidiary of one of the largest entertainment companies in the world. 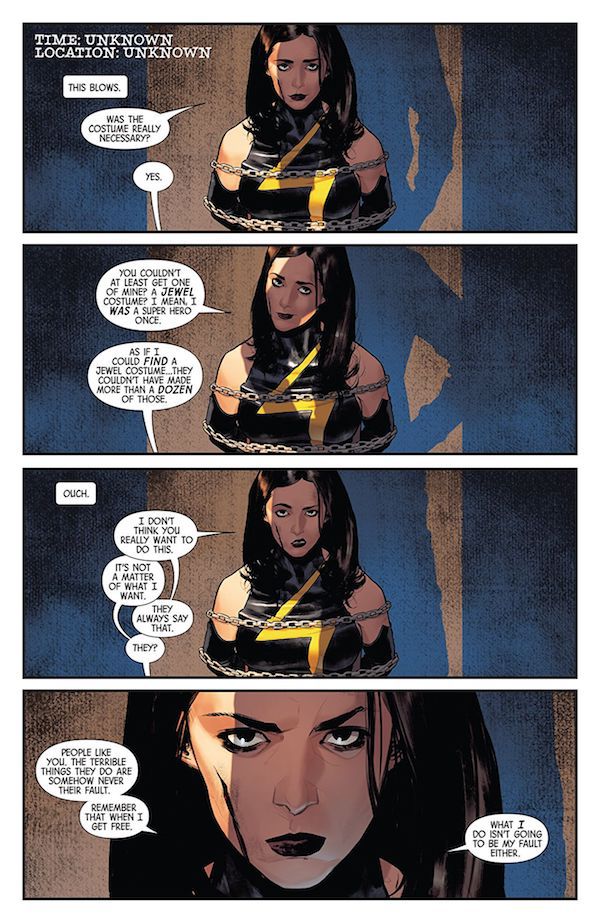 The first page of the new series.

This is all particularly maddening because the new Jessica Jones book is probably the best the character has ever been. Thompson is the first woman (heck, the first anyone besides Brian Michael Bendis) to write Jessica in her own book, and if I’m not mistaken, became only the second woman to write her in anything when Jessica cameoed in Thompson’s recent Kate Bishop Hawkeye series. (Kate Leth was the first, with Jessica’s cameos in Patsy Walker, A.K.A. Hellcat!) Without meaning to disrespect her creators, Bendis and Michael Gaydos, Jessica is a character who benefits immensely from being written by a woman, as the largely female-led Netflix show proved. The original Alias series was groundbreaking in its time, but the industry has changed for the better (in part because of the success of Alias), and Bendis’s voice for Jessica, as seen in his 2016 series with Gaydos, doesn’t seem to have kept pace. With Thompson at the helm, there’s no cringey moments like Jessica dismissing Misty Knight as “the competition” when Earth-616 Luke and Misty have no romantic history, or Jessica and Spider-Woman standing on a rooftop screaming “Bitch!” at each other.

Instead, Thompson’s punchy, playful noir voice is a perfect match for Jessica’s dry wit and emotional unavailability. She manages to depict Jessica as a flawed hero dogged by bad luck without making her irreparably broken or wallowing in her past trauma. De Iulis’s art is a perfect match, from his wry expressions to the rich layers of texture in his colors to the ever-present smudge of messy liner under Jessica’s eyes. And the 40-page length is a satisfying chunk of story while still ending on enough of a cliffhanger to leave me repeatedly checking when the next issue drops.

As usual, I criticize because I love. This book is great, and the sales model it’s inaugurating is the sort of thing I’ve been wishing the Big Two would explore for years. Hopefully Marvel will get their act together by the time the trade hits stores, at least enough to justify a few more “seasons” of this series. In the meantime, pick up the first couple issues digitally, or grab Jessica Jones: Blind Spot when it hits bookstores in October!