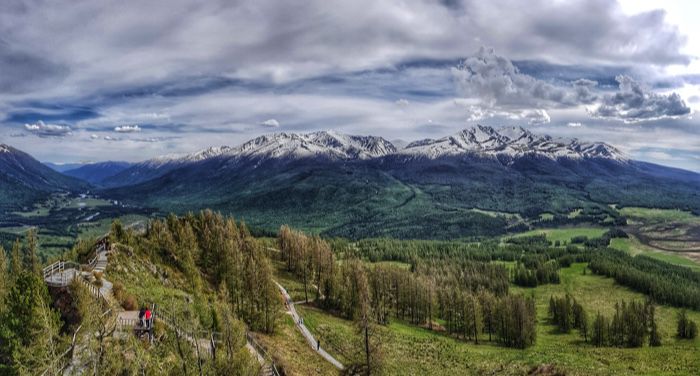 Originating from the general region of Central and East Asia, the Uyghurs are a people steeped in a long history of rich culture and, most recently, violence and bigotry perpetrated on them on behalf of The People’s Republic of China. They currently number approximately 11 million and the majority reside in Xinjiang. Communities of Uyghurs also reside in Uzbekistan, Kazahkstan, Krygyzstan, and a smaller population lives in Australia.

They are considered one of China’s officially recognized ethnic minorities. However, their status as an indigenous group is rejected by the Chinese government. Throughout their history, the Uyghurs lived in oases within the Tarim Basin. In the 10th century, the Uyghur people began to become Islamicized and by the 16th century, most of their population identified as Muslim.

For centuries, their economy was mostly predicated on agriculture and trade, seeing increases with the growth of the Silk Road trading route. Wheat, maize, melons, and kaoliang (a form of sorghum) make up their principal food crop, while the main industrial crop is cotton.

Uyghurs consider themselves the first inhabitants of Xinjiang. There is some contention regarding the length of history of the Uyghur people, ranging from 6,400 years to 9,000. However, in the late 20th century, a population of ethnic Chinese people referred to as Han began to aggregate in Xianjing. Tensions grew as these two peoples converged in the same space, and much unrest resulted. One violent outbreak in the capitol of Xinjiang in 2009 begat more violence, inciting knife attacks and suicide bombers. The incident resulted in 200 dead Han Chinese, and that’s when the Chinese government identified the Uyghurs as a religious terrorist threat.

Prejudice about the Uyghur people (their religion, their culture, and their ethnicity) devolved into a police state, as Xinjiang is now one of the most heavily policed areas in the world. Since, Uyghurs have been detained and held in “re-education camps,” most of which involves them working in factories as free labor (including the manufacturing of personal protective equipment sold all over the world). Chinese officials consider this largest imprisonment of people based on religion since the Holocaust as “proactive.” They claim that their “vocational training facilities” are simply a way to assimilate the historically ostracized Uyghur people into the People’s Republic. Watch this episode of Last Week Tonight with John Oliver for an easily-digestible overview of the plight of the Uyghurs.

As is well documented, totalitarian governments thrive on the curbing of free speech. Novelists, short story writers, and journalists have historically been placed under close scrutiny and any perceived criticism of the government is sought to be squelched using arrests and detainment. The People’s Republic of China has used the same methods to silence the voices of the Uyghur people. To follow is a short, non-exhaustive list of Uyghur writers who have been imprisoned for their writing.

The Detainment of Uyghur Writers

In 2019, PEN America vocally condemned the death of this prominent Uyghur author. He was detained in an Xianjing internment camp from November 2018 to March 2019. Continually denied treatment for diabetes and heart disease, he was finally released once his ailments had deemed him “incapacitated.” He died shortly thereafter at the age of 70.

Arrested in 2004 for claims of “inciting Uyghur separatism” in his short story “The Blue Pigeon.” In 2013, Yasin was reported to have died in prison in 2011.

Arrested for publishing a short story the Chinese government considered a criticism of their presence in Xinjiang. He was sentenced to three years and was presumed to have been released in February 2008.

This writer and historian was arrested in 1998 due to a book he allegedly published in Japan titled The Inside Story of Silk Road. The Chinese government claimed that it advocated for ethnic separation. However, the government was never able to produce this book or any proof that Tuniyaz had published it. Regardless, he was sentenced to 11 years of imprisonment and two years of deprivation.

Arrested in July 2002, he was charged with providing information to a Uyghur rights and pro-independence group run by exiles in Germany. He was sentenced to nine years in prison.

A Uyghur journalist, he was removed from his home in October 2009, under suspicion for endangering state security and for “giving too many media interviews”. He was denied legal representation and due process, and in the summer of 2010, was sentenced to 15 years imprisonment.

An advertising employee of the Xianjing People’s Radio Station, she was fired from her job in August 2008 and placed in detention. Some have connected her charges to articles she wrote that were deemed critical of Chinese government policy in the region. She was sentenced to three years detainment.

How Can I Help?

If you are interested in helping the Uyghur people from being targeted and imprisoned by the Chinese government, please check out the below links: