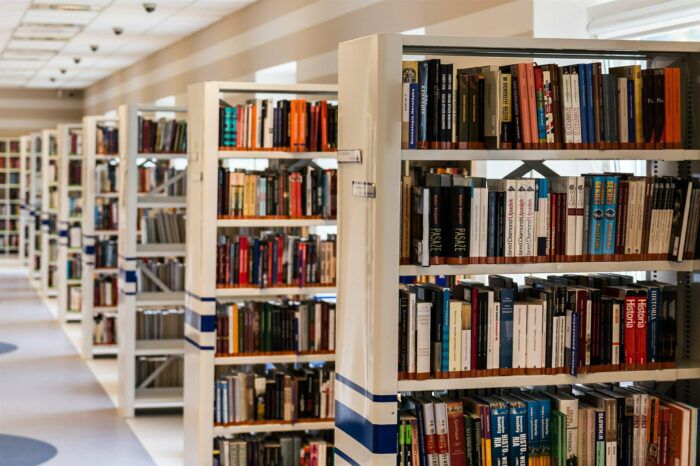 Kerrigan Trautsch was 17 and working as a page at the Prairie du Chien Memorial Library in Wisconsin when she helped put together a Pride display for June. On the 17th, Republican congressional candidate Derrick Van Orden, 51, came into the library and protested that the children’s book display should be taken down.

Trautsch was in a back room when she heard a voice being raised in the main library area. When she came out to investigate, she saw Van Orden angrily questioning the display, calling the books “disgusting” and claiming that taxpayers shouldn’t have to see them. He wanted to know who had put up the display so that he could “teach them a lesson.” Trautsch, who identifies as part of the LGBTQ community, was too intimidated to admit that it was her.

While he objected to the display as a whole, he was especially upset about the inclusion of A Day in the Life of Marlon Bundo, a book from Last Week Tonight with John Oliver that parodies the book by Mike Pence’s wife and daughter about their pet bunny. In this version, Marlon falls in love with another boy rabbit. The proceeds of the book go to The Trevor Project and AIDS United.

Van Orden called the book “historically inaccurate” in a written statement of concern: “The book claims Mike Pence was VP (2017) prior to the Supreme Court ruling of Obergefell v. Hodges (2015). This book is a clear attempt to paint Republicans as being not inclusive.” He also called it “propaganda.”

Library director Nancy Ashmore responded to Van Orden’s claims of historical inaccuracy with: “He’s quite right, it’s not factual. But it’s not supposed to be. It’s fiction.”

He went on to sign up for a library card and check out all the books on display, leaving the display empty. While the library workers worried that the books might be “lost” or damaged, they were returned a week later.

Trautsch returned home in tears after the incident, telling her parents, “I don’t feel safe at work anymore.” The staff is mostly women, and she said, “I was terrified that he would be outside, that there would be a collection of people outside waiting for me, waiting for anyone else.”

Later that month, the library board meeting brought more protests against the display, including a pastor who claimed the displays promoted “the homosexual agenda, which is sinful and deviant and harmful.”

Trautsch expressed her disappointment at the homophobia present in this meeting from her own community members: “[T]o be told that I am a disgrace, that I am disgusting. … I checked their books out yesterday but today they want to put me on a stake.”

When Trautsch discovered Van Orden was a politician, it spurred her to action. She met with Democratic Congressman Ron Kind, and advocated for LGBTQ policies, including more protections for transgender workers and the ability for gay men to donate blood. Van Orden will be running in 2022, but Kind will not.

As for Van Orden, Trautsch says, “If he cannot handle the new generation of voters coming in by telling them to shush, that we don’t have a voice, I want him to know: I can vote now.”

The Trump-endorsed candidate was present at the January 6th insurrection, but claims he was there to peacefully protest and that he did not participate in the violence or occupation. He released a statement saying, “I unequivocally support equal rights for all Americans. This of course includes our fellow citizens who are members of the LGBTQ+ community.” He says that any claims to the contrary are meant to be divisive: “It is 2021 and this should not have to be stated but there are people who continue to divide us as Americans for political purposes. I will not allow them to further degrade the relationships we have as citizens.”

Despite Van Orden and others’ complaints, the library stands by their commitment to all of their patrons, including LGBTQ ones, and their Freedom to Read. They also received emails and calls from people supporting the display.

Ashmore has committed to not only continuing to have Pride displays, but expanding them: “The display grows every year, because we keep getting more materials. It will keep getting bigger. It’s something we do every year, and we intend to keep doing.”

Check out these other posts about libraries and LGBTQ books: