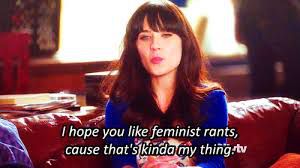 Collapsed and covered in Convergence confusion? Stupendously stumped and astonishingly stressed by Secret Wars? Do not dread! DC’s Divergence denotes a dawn of diverse, dutifully-drawn ditties.

A long-held criticism of comic’s top publishers is a lack of diversity, both with the characters on the panel and of the creators who wrangle them. In recent years, Marvel’s publishing slate made marked improvements on the character front, and DC’s has stagnated—until now.

In its June solicitations announcement earlier this year, the publisher promised a relaunch that’s “even more inclusive and accessible to a wider group of readers.” Curious eyes crawled through the announcements and, more or less, the promise rings true.

It’s not exactly a total coup on the comics status quo, but it’s a solid start. The shift brings new voices, those of women, people of color, and queer folk, to handle interesting, underserved characters. That, and these titles, excite me.

In his interview with USA Today, author Lee Bermejo expressed his desire to pass the “Robin” mantle onto characters who aren’t “teenage white kids who all look the same.” Though Dick Grayson and Damian Wayne are people of color (Dick’s Romani, Damian’s Arabic and Chinese), the core Robins are regularly whitewashed and drawn as superhero matryoshka dolls. We Are…Robin looks to fix that.

The series stars teenagers who don the Robin mantle independently of Batman and fight crime. Of the hundreds of teens who join this social-media-spawned group, readers may be a familiar with a few—at least two of whom are people of color.

The first is Duke Thomas, a recurring figure in Batman’s history, an official Robin of the future who later becomes a hero named “Lark.” Interviews indicate that he’s a focal character.

Another is Riko, a young woman who’s the destined archenemy for out-of-touch comics creators. Why? Because she’s a dreaded cosplayer. Previews and an earlier appearance in Detective Comics indicate that she’s a driven and upbeat.

Khary Randolph, Jorge Corona, and Rob Haynes will all be lending their sleek, stylish, and expressive artistic sensibilities to the series. These vigilantes and this series both are poised to leave a mark on the world.

Midnighter is out!—in terms of his superhero identity, sexuality, and because his series is physically on the stands.

Before reading issue #1, I was nervous. I didn’t have much reason to be; author Steve Orlando routinely impressed me with his interviews, DC went out of its way to hire an openly queer writer, and ACO’s art from the preview was crisp, clean, and super encouraging.

But, despite marginal progress, the serial comics industry does not publish queer-led comics often, especially at the Big Two. If I didn’t like this series, it’d be like Punxsucomics Phil descended from her aerie throne on reptilian wings to announce “four more years of queer comics drought!”

My fear was for naught. Vivid and complex combat (X-rays! Airborne steak bones!) were complemented neatly with a well-paced story and introspective, often hilarious dialogue. Frenetic fight scenes may be the primary draw for some, but it’s the subtle character work that’s keeping me coming back.

It’s LGBTQ Pride Month! Why not celebrate by giving the series a shot?

Like the new Batgirl of Burnside? Want more comics starring kick-ass ladies that are illustrated by mad stylish female artists and written by guys named Brenden Fletcher? Look no further than Black Canary.

Put this preview in your eyeballs right now. Annie Wu’s penciling is snazzy and kinetic, and her colors—wow, her colors—set this deliciously moody atmosphere for the comic.

Brenden Fletcher’s work over in Batgirl and Gotham Academy (where he shares writing duties with Cameron Stewart and Becky Cloonan, respectively) has been refreshing and modern. Best of all, his books boast incredibly diverse and interesting casts, something which Black Canary seems to continue.

After years of lacking racial diversity and much clamoring from fans, Cyborg finally has an upcoming solo series and boy did DC deliver.

David F. Walker, the series writer, penned the critically-acclaimed, award-winning Shaft comic by Dynamite. The series won “Story of the Year” by the Glyph Comics Awards, an organization that recognizes exceptional comics by, for, and about people of color.

Ivan Reis and Joe Prado comprise one of the industry’s juggernaut art duos. Together, they’ve penciled and inked their way through DC’s biggest series and events: Blackest Night, Brightest Day, Aquaman, and a recent run of Justice League. Their work is bold and brawny, but not busy. Their double-page spreads are particularly potent.

By assigning such an incredible creative team to the series, DC is proving that they’re not messing around. Also, neither is this Cyborg preview; it’s brutal (but in a way that could be vital to Cyborg’s future).

More DC Divergence Series with Diverse Leads and/or Creators That I (and Other Panelteers) am Also Excited For!