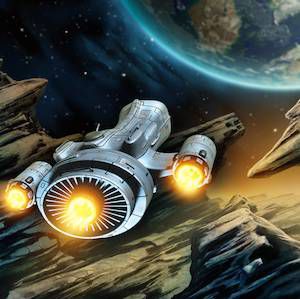 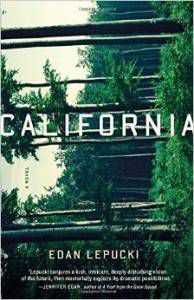 Ever since Sherman Alexie pushed Lepucki’s post-apocalyptic book, California: A Novel, on Stephen Colbert’s Colbert Report and into the mainstream spotlight, there have been many whisperings of where our trend of unique worlds in “literary” fiction is headed. If you’re having a hard time understanding where “science fiction” and “fantasy” are bleeding into “literary” genres and vice versa these days, it’s always good to have a little reference guide. Some of the following terms might be really familiar (Dystopian is everywhere, right? Even if you want to avoid it. Which, come to think of it, sounds kind of dystopian…) But, who is to say there might be something you didn’t even know about yet?

So, in a dystopia, there’s a future society with rules that are based on a new code of conduct. And it’s rough. The main character escapes it, or even changes the world itself- usually. Don’t get this sucker confused with utopian in which the society is supposed to be perfect and often hard to reach. It’s hard these days to write a book about the perfect future and present the kind of conflict readers love, so the utopian plot doesn’t tend to come into focus nearly as often as the far more depressing dystopian plot. Commonly, dystopian writing features a supposed utopia that isn’t truly perfect for all. So that’s where it gets confusing.

And, you guessed it: Ecotopian is utopian writing with an environmental twist. 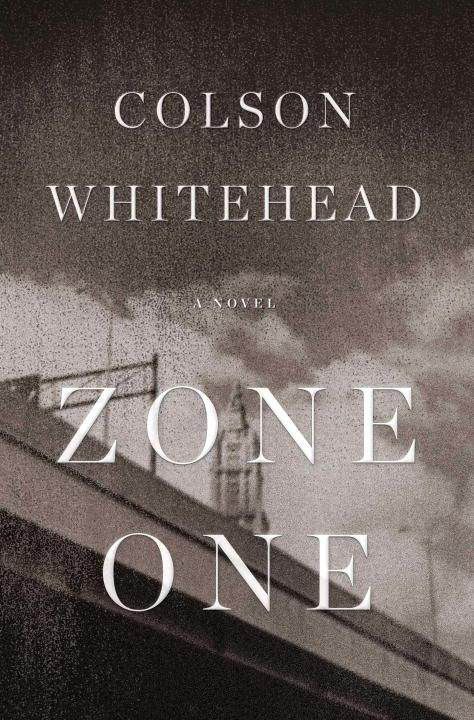 Interested in a Dystopian world based on a Utopian ideal? Check out the classics: Lois Lowry’s The Giver or Burgess’s A Clockwork Orange. For more recent work: Octavia Butler’s Parable of the Sower and Colson Whitehead’s Zone One (which is also post-apocalyptic, see below)

This should be very familiar: The apocalyptic plot is essentially the end of the world as we know it, and that’s part of the conflict. Horrible things are happening to the primary characters as the world is turned on its head. Post-Apocalyptic plots are focused on the after-world, sometimes far into the future. So, rather than OH MY GOD IT’S HAPPENING, it’s OH MAN. THAT HAPPENED.

The biggest mistake that most people make when defining apocalyptic is assuming that it is somehow always in reference to the Christian Apocalypse. Not necessarily. For an apocalyptic read, there’s The Age of Miracles by Karen Thompson Walker. For a post-apocalyptic novel, check out The Road by Cormac McCarthy.

So now it’s time to reference Star Trek. This one starts out pretty straightforward (kind of). Parallel Universes run parallel to each other with slight alterations that change fate in time. Whoa. Multiverse is when there are many parallel universes. Usually this has something to do with black holes and time travel. More than likely, Spock is traveling through all of them. When you toss metafiction in here, it’s a little odd to compare it, but kind of important. Metafiction is when a story becomes aware of itself. It’s kind of like parallel universes colliding. Authors often join in on their own stories- literally. Actors in a play suddenly realize there’s an audience watching. A character states that she doesn’t approve of the the author’s choices. The restrictions separating two worlds have been broken.

Confused about metafiction? Check out when Kurt Vonnegut drops into his own work in Breakfast of Champions or Slaughterhouse Five.

First off, speculative fiction is a very broad term for any kind of fiction with fantastical elements. Some claim this means we need a newly defined world within the plot to make it count. Others don’t agree with this. Really, it’s any fiction with elements of a unique reality or magical influences or futuristic environment involved. Magical realism is an offshoot of this just like fantasy and science fiction is, though magical realism implies (kind of obviously) that magical elements are blended into a familiar reality. There’s also a common argument that magical realism implies that the magical elements are accepted as common day occurrences by the characters. A classic example can be found in Gabriel Garcia Marquez’s One Hundred Years of Solitude, and Salman Rushdie’s Midnight’s Children. Then there’s New Wave Fabulism, which, as far as I can tell, is a term produced by the academic community to establish a name for those authors who are producing cross-genre speculative fiction that’s considered “literary” as well. Slipstream is related here as a genre of fiction in which the plot line slides between genres like fantasy and horror.

1,000 Extra Credit Points to anyone who knows how to better define New Wave Fabulism, as it’s tricky to work with these terms these days. Genres are all breaking down and many of the terms seem to be produced by those wishing to maintain a definition that may not exist in a few years. 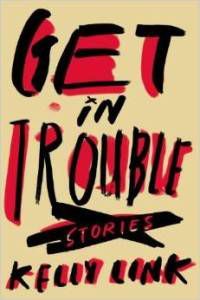 But, if you’re interested, there is recent work that seems to fall under New Wave Fabulism AND Slipstream according to many. Check out Haruki Murakami’s Colorless Tsukuru Tazaki and His Years of Pilgrimage. Also, check out Kelly Link’s new book that’s getting lots of Book Riot love these days, Get in Trouble: Stories.

—I’m betting I’ve only scratched the surface here. What’s missing in this list? So, so much.