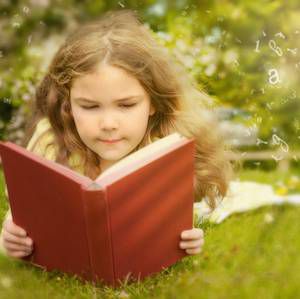 Librarian soapbox alert! Librarian soapbox alert! And here I was thinking I’d make it through a whole summer without getting up on it. What is the source of my frustration this time? Why, it’s the NY Post! Specifically, it’s an opinion piece by Naomi Schaefer Riley that was recently published in the Post (which, let’s be honest, is known for its often-inflammatory pieces). The piece is called “The New York Public Library’s Pathetic Summer Reading List for Kids.” Yeah, I took the bait. Did you really think I was going to stay quiet about something with THAT headline?

Some things you should know: I don’t work for NYPL and I am not speaking for my own employer in this piece. These are my thoughts alone and I represent only myself. Also, librarians from NYPL, BPL, and QBPL jointly created the summer reading list mentioned in the Post’s piece. For some reason, only NYPL was targeted – I imagine due to a common misconception that all three library systems are one and the same, which is not the case.

Anyway! As a librarian (with a background in both secondary education and library youth services) currently working in NYC, I had many problems with the views Schaefer Riley presented about children’s literature and the way the libraries come up with the summer reading lists. Subsequently, I thought I’d do a paragraph-by-paragraph response just to clear the air (or, at least, clear my headspace). So let’s get to it.

NSR: “What should kids read this summer? Don’t ask the New York Public Library: Its ‘Summer Reading Challenge 2014’ is among the silliest, most politically correct and uninspiring lists around.”

Schaefer Riley brings up the issue of political correctness right from the get-go, and even though it is an opinion piece, you have to wonder if it’s going to be supported by at least some facts. Based on the definitiveness of her opening statement, I also wonder if she researched summer reading lists from other libraries and compared them to NYC’s (which she does not even link to, so here you go).

NSR: “Getting kids to read when there are so many distractions can be tough. One temptation is to simply hand them books about, well, themselves. As a break from gossiping with their friends, they can read about other kids who look and act just like them gossiping about each other. From the Babysitter’s Club to the Cupcake Club, parents of girls in the middle grades will recognize this fluff and humor it occasionally.”

There’s a lot I find problematic in this paragraph, but these two things bother me most: it seems reductive to think that the kids (girls?) to whom this list is targeted are only interested in gossiping with their friends. Many (if not most) of the kids I see at the library are creative, inquisitive, and have diverse interests. Also, at my library, I am not chasing kids around trying to “get” them to read – they are already doing it, and doing so voraciously. And if they are not, these kinds of lists help give them structure and guidance. But that’s all just anecdotal evidence on my part, so I’ll move on.

NSR: “But did we need the NYPL to recommend Nerd Girls: The Rise of Dorkasaurus, whose description reads ‘Down with middle-school mean girls!’? Or Perfect Chemistry, a story of how “sparks fly when a cheerleading It girl is paired with a gangbanger bad boy in a chemistry lab”? Not much of what L.M. Montgomery, author of Anne of Green Gables, calls ‘scope for the imagination’ here.”

I mean, I guess we didn’t NEED for the libraries to recommend these books, but that’s why they are suggestions, not prescriptions. Kids don’t HAVE to read them to complete the library’s summer reading program – they are not assignments, like school summer reading lists are. Furthermore, from what I’ve been told and what I know of HOW the summer reading lists are created, a lot of thought and care on the part of professionals (who study children’s literature and its trends) goes into them. It’s a deliberate, intense process with many factors (kid interest, balance, the summer reading theme, etc.) considered.

NSR: “Indeed, the NYPL seems to have so little faith that kids today can imagine anything outside their own experience that it tries to see that every ethnic and racial group in the city gets its own book on the list.” (Riley then lists specific examples of the books on the list that feature families of different ethnic groups and that take place during different historical time periods, etc.)

I’m going to ignore that “little faith” quip because it seems deliberately provocative and is patently untrue anyway. It’s very curious to me that Schaefer Riley would take issue with different racial groups being represented on a list of books geared toward children living in NYC, a city of wonderful and vast diversity. There’s currently a huge problem with a lack of diversity in children’s literature that Schaefer Riley is seemingly unaware of. Bottom line: not only do kids deserve to see themselves in the pages of the books they read, they also deserve to learn about people from other cultures – both which will be the result of reading the books on this list. (Circular logic, meet circular logic.)

NSR: “At least such offerings are harmless. But the NYPL also recommends Fire in the Streets, which explains how ‘in 1968 Chicago, 14-year-old Maxie longs to join the Black Panthers.’ And Ivy+Bean: What’s the Big Idea? in which the best girlfriends find that “solving global warming isn’t as easy as it looks.'”

Wait. How is reading about history, politics, and global warming “harmful” to kids in any way?

Oh. Now I see. “Lefty politics” is the problem.

NSR: “Yes, the list has plenty of perfectly fine books — though you have to wonder how much care went into compiling a document that puts Aesop’s Fables under ‘nonfiction.’

Now HOLD ON JUST A SECOND. Though it might not make sense to a lot of people, fables and fairy tales are always categorized under non-fiction in public libraries. That’s the way the Dewey Decimal System works. Schaefer Riley can disagree with Dewey all she likes (there are even librarians who don’t like the DDCS, so this is a perfectly legitimate stance), but to say that this categorization shows carelessness on the part of the librarians who made the list is just plain wrong and I will not stand for it. I WILL NOT STAND FOR IT, I SAY.

RILEY: “Yet Aesop is the only ‘timeless’ book on this list — and that’s a serious problem. Where is Peter Pan or The Hobbit? What happened to Charlotte’s Web or Treasure Island? Would it have been impossible to include James and the Giant Peach or The Secret Garden? Have the Lion, the Witch and the Wardrobe all gone out of fashion? Was Terabithia a bridge too far? Is Little House on the Prairie too remote? Are kids these days too jaded to follow Alice through the looking glass?

Surely “timeless” is a subjective term, but even if we agree that all the books named above are great, it doesn’t mean that other, more current books are NOT great. And it also does not mean that kids are not reading those timeless books as well. There’s room for everything and…guess what! Kids are going to read what they like anyway. Again, the librarians who made the summer reading list had their reasons for choosing the books they did.

NSR: “Since the library’s ‘reading challenge’ has big corporate sponsors like HSBC, HBO and the Ralph Lauren Foundation, maybe the librarians felt obliged to show that they put a lot of effort into producing a new exciting list each year. If so, let me offer a suggestion. How about The Giver? Sure, it’s a quarter of a century old, but Lois Lowry’s classic dystopian novel has been made into a movie coming out next month. So that’s sort of new, right?”

Not gonna touch the corporate stuff because it’s completely irrelevant, but I have to ask…how is adding The Giver to a summer reading list in any way offering something new or exciting? Don’t get me wrong, it’s a fantastic book, but how it is going beyond the “scope for the imagination” to suggest a book that 1) kids are probably going to be reading for school at some point, if history has proven anything 2) is going to get a huge boost in attention from the release of the movie anyway? The purpose of the list is to try to broaden horizons, not trot out the same books time after time.

The rest of the piece veers off into a discussion of Schaefer Riley’s views on The Giver (both the book and the forthcoming movie), so you can go back and read them you’d like, but I really have nothing to say about them that is pertinent to this discussion.

Here are some concluding thoughts:

– Diversity in children’s literature is not only a good thing, it’s a necessary thing. Librarians have a responsibility to present diverse literature to kids that goes way beyond being “politically correct”.

– NYC kids are not being deprived of anything if the summer reading list doesn’t contain as many “classic” books as some would like. One of the main points of the summer reading challenge is to keep kids reading so as to combat the summer slide. Reading some “fluff” (another subjective term that I won’t even get into at this point) might just be a way to let the kids recharge and take ownership of their reading. In a nutshell: reading is allowed to be fun.

– Trust the kids. They can and should make decisions about what they want to read for themselves.

– Trust the professionals. You don’t have to agree with all of our suggestions, but we’re in this nutty librarianship thing because we care about your kids and want them to develop literacy skills so they can succeed later in life. It’s true. I swear.

– If you live in NYC and you want to participate in the summer reading program online, you can do so here. It’s fun! And (don’t tell the kids) educational!

– Go visit your local library over the summer. There’s a lot of cool stuff going on, and we’re always there for you, no matter what you want to read.