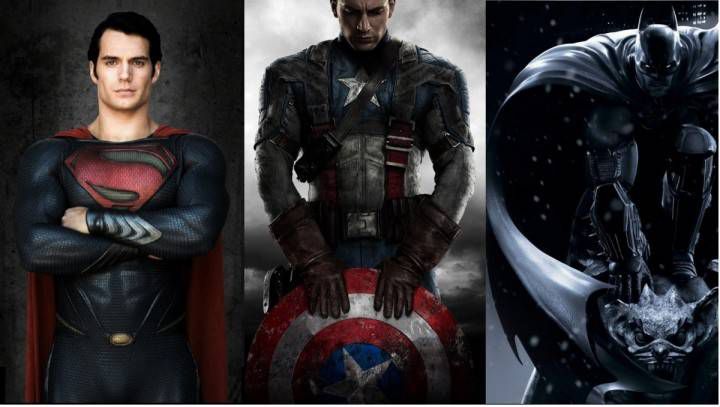 All right, I admit that the title is a little ridiculous. I mean, from what or whom am I supposed to be defending comic book movies? Y’know, the ones that have made approximately 1.3 BILLION dollars at the box office in 2014.* Clearly, it isn’t the folks lining up in droves to see these movies and read the comics upon which they’re based.

In fact, as I was drafting this piece, DC revealed release dates for its next several films, and Marvel dropped the trailer for The Avengers: Age of Ultron. Seeing the scope of the internet’s reaction to all this was more than enough to remind me (and everyone else) that comic book movies aren’t going anywhere for a while.

But then, popularity has never really been the issue, has it? Going back to 1978’s Superman: The Movie (which proved that we could actually put comics on film in a way that really worked), audiences have chomped at the bit to see their beloved comics characters on screen. But right alongside all that fervor exists a skeptical, even dismissive group who see comic book movies as a crippling force that stifles what, in their minds, would otherwise be a far more robust, creative, intellectually challenging Hollywood, a return to the days when mid-budget studio films made for adults ruled not just awards season, but the box office and the hearts and minds of moviegoers everywhere.

There’s a joke about multiverses and the irony therein somewhere in all this.

If you read about movies, sooner or later you’re going to come across some version of a familiar lamentation that goes something like this: all Hollywood has to offer us is sequels and superheroes, and original thought is basically dead, especially when it comes to studio pictures.

A big part of these criticisms, of course, is rooted in the movies’ source material. As long as comics themselves are viewed with distaste or apathy, their adaptations are going to be held at arms’ length. Generally speaking, comics aren’t serious enough, and that is unquestionably what the snooty crowd wants, when they can be bothered to acknowledge a comic book movie in the first place. Christopher Nolan’s Dark Knight trilogy was lauded for it’s grittiness, and the way it grounded Batman in a more “realistic” world. Persepolis, which garnered (and warranted) significant acclaim, focused on Very Serious Issues From Real Life, and so earned credibility not usually doled out to a comic.

Most comic book adaptations, however, don’t meet these lofty (and arbitrary) standards. Even well-reviewed comic book movies (especially of the superhero-centric variety) come weighted down with qualifiers (they’re great “popcorn” movies or excellent diversions) or comparisons that are mostly limited to other comic book movies. The Washington Post raved about Guardians of the Galaxy earlier this year, calling it the “perfect summer movie”. But there, that word ‘summer’ tells us all we need to know; the reviewer also called it nutritionless cotton candy.

That Guardians had meaningful things to say about identity and the nature of family? Sorry, can’t hear you over the talking tree and the machine-gun-toting raccoon.

Okay, so a lot of people don’t take comic book movies seriously, but it’s kind of hard to find fault with the complaints about them lacking originality, right? Aren’t they all, by definitions, adaptations of works starring characters we see all over the place?

Really? Is that why Gone Girl is generating so little awards buzz? Or why nobody is salivating over visions of Inherent Vice and Unbroken. Oh, wait. Those adaptations are helmed by visionary directors or written by important literary figures, so they get a pass. “Unoriginality” seems to be code here for “based on a property that kids might like or that are even the least bit fantastical.” Even the conversation around sequels is focused mostly on (you guessed it) comic book movies and series like Harry Potter and The Hunger Games. Richard Linklater’s “Before” trilogy didn’t collect accusations of pandering to a fan base or cashing in on the devotion of desperate obsessives.

The point here is of course not that those other films (and their source material) named don’t merit the gushing praise that they have received or will receive in the near future, only that merit is not theirs alone. Comic books are books, full stop. Some are serious and gritty and as heavy as any literary fiction, and some are funny, silly escapism (and still some are a combination of all those characteristics; these lines are not as starkly drawn as we might like to imagine). Some are good, some are bad. Like all art, comics contain multitudes. The same is true for comic book movies.

And so yes, I’m defending them, $1.3 billion and all. Because they’re not a plague upon Hollywood’s creativity. It’s not Captain America’s fault that studios are more reluctant to greenlight mid-budget films with a “serious” adult audience, and, in the same that way I’m tired of YA and “genre” novels getting run through the ringer by “serious” readers, I’m tired of a small but vocal contingent of generally intelligent people calling them vapid and dumping on the viewers (and, by extension, the readers) who love them.

Sure, I might be better off not sweating any of this, instead just sitting back and watching the inevitable dominance of comics-based properties mopping up at the box office and knowing that these characters and stories I so enjoy are going to enjoy a long stay at the multiplex. But lazy arguments need to be called out, and it’s nothing but lazy to claim that Batman and Thor are ruining cinema. A healthy film industry isn’t an either/or proposition; there’s room at the table for auteurs and Oscar-bait right next to arc reactor technology, web shooters, and lassoes of truth.

So scoot over, ’cause comic book movies are awesome, and thankfully, they aren’t going anywhere.

*That’s between Guardians of the Galaxy, Captain America: The Winter Soldier, X-Men: Days of Future Past, The Amazing Spider-Man 2, Teenage Mutant Ninja Turtles, and 300: Rise of an Empire.