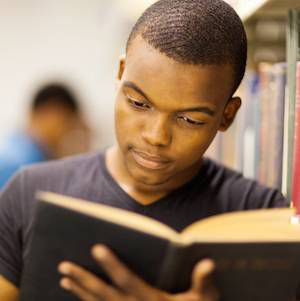 Last week, Irvin Weathersby Jr., a Black school teacher working in Baltimore, wrote an op-ed for The Atlantic about why white authors should be taught to Black students even during Black History Month. As a comparatist, I’m well aware of the excessive emphasis on western literature. At a young age, those educated in western schools are taught that Shakespeare is the greatest writer of all time. Before I matriculated at college, I couldn’t name five classic novels by people of color to save my life. Sure, I’ve heard the names of Toni Morrison and Maya Angelou before but I couldn’t tell you anything about their work. They were two Black female artists who made it. And here is where I take issue with Weathersby’s piece: he doesn’t acknowledge the inequalities in our nation’s reading curriculum as a whole. Sure, the most elite preparatory schools may get the finest editions of Great Expectations, but schools across the nation are all teaching it. He also fails to acknowledge how art functions.

According to Leo Tolstoy in What is Art?, art functions as a transmission of feeling. Art’s purpose can be evaluated on how well art is able to transmit feeling regardless of the value of a given sentiment. When Weathersby asked his students why they choose street literature over the classics, they responded “Because it’s real. We relate to what’s happening in the streets.” Weathersby’s students gravitate to “street lit” because they can see their reflections in these works. As Junot Diaz once said, “…if you want to make a human being in a monster, deny them, at the cultural level, any reflection of themselves.” These students feel for the stories that they read and are reminded that they, in a sense, exist beyond Baltimore, that they matter within the minds of another human being with whom they share no familiarity. Instead of struggling with how to handle these students’ preferences, perhaps find out how they feel connected to these stories. How and what do they feel when they come across a character like themselves?

Furthermore, we mustn’t make the error of perpetuating the concept that a classic novel is and always will be written by a white author. I believe that these students are well aware of how whiteness functions even if they may not not have the academic or philosophical terms to label their thoughts. They know. We all know. As minorities, we are aware of how whiteness is considered to be superior. Even though a well-read person should read works from writers of all different types of identities, we still need a place to call home. We need a book in which we can flourish in the imagination even if we are floundering in real life.

Weathersby writes, “When they [street literature books] first began to appear on my students’ desks, I struggled with how to handle them. They were mostly trash, sex-laden glorifications of drug culture, full of typos and grammatical errors.” Since the concern is for the students’ proclivity for street literature, perhaps point them in the direction of authors to whom the students can still relate. If you have many students who have absentee fathers, point them to Langston Hughes, whose father left his family and divorced his mother when he was still very young. For drug culture, Ryu Murakami’s Almost Transparent Blue is a notable work. Mario Vargas Llosa is a fascinating author to read if you want to teach your students about the concept of free-will and how one struggles to attain freedom in an oppressive society. And as far as typos and grammatical errors are concerned, language should be malleable. Toni Morrison often writes in African-American Vernacular English (or AAVE for short) and she’s one of the–if not the most– celebrated authors of our time.

He then goes on to say, “So when you are determining what to teach this Black History Month, by all means, teach Baldwin and Wright and Ellison and Hurston and Walker and Hughes and Morrison and Brooks and Angelou—but don’t do so in isolation.” There shouldn’t be an issue with teaching Black writers or any other writers from marginalized communities in isolation because we have been isolated from critical thought and theory for far too long. Most of the literary canon is comprised of white writers. I’d even go so far as to say that if you ask a random person on the street to name five to ten books by minorities that they’ve read, he or she would hesitate. This discrepancy is not entirely their fault because it reflects a problem with what is being taught and who has the privilege to produce such widespread knowledge. Blackness is a part of the human condition. Zora Neale Hurston can be taught for a full week and can reveal the complexities of love just as well as Edith Wharton. Blackness can be fully appreciated without whiteness being the predecessor, successor, or side-by-side component in lesson plans.

When we have these spaces where we discuss different authors’ works and how to interpret them, we have to make sure that some are not taking up the entire conversation, especially if they have been doing so since the beginning of time (Shakespeare, Homer, etc., etc.). I’m not arguing for separate strategies, but rather the chance to allow a work by a minority writer to stand by itself, to be the center when such a thing has not been easily accessible in literary tradition.