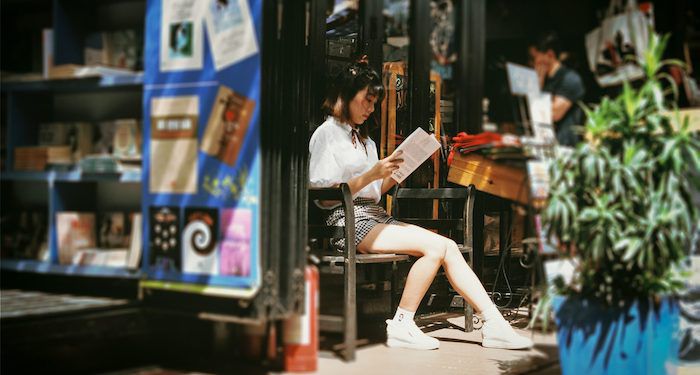 If we still think of books written by white men as the pinnacle of literature, we will never be able to debunk white supremacy and western imperialism. Like Audre Lorde rightly said, “For the master’s tools will never dismantle the master’s house. They may allow us to temporarily beat him at his own game, but they will never enable us to bring about genuine change.” If we are to bring in a future where the works of BIPOC authors are as accessible and rampant as that of white people, then decolonizing your bookshelf is the need of the hour.

This doesn’t mean we need to boycott the perspectives of white authors altogether or undermine their literary or intellectual value. Instead, we need to work towards creating spaces where BIPOC voices get the recognition they deserve. It’s not going to happen overnight, but contemporary literary fiction has become one of the mainstays of this movement. They are promoting racial literacy, contributing to the ongoing conversations of representation of minority communities, decentering whiteness by including diverse narratives, and inciting critical self-reflections on both micro and macro levels. It has been slowly uprooting the pervasive effects of colonialism and shedding light on the stories of authors whose work has always been disadvantaged by the white-dominated ivory tower of academia.

Diaspora and Immigrant Literature of the 21st Century

Unless we have been brought up in highly politically conscious families, we likely had minimal and one-dimensional exposure to literature written by or for the immigrant of color. We might have read about Steinbeck and his stories about what the white migrant farmers went through in the American south. But why have the immigration stories of Filipinos who played a massive role in building the infrastructure of America gone unnoticed? History has privileged the whites over the non-whites, and contemporary literary fiction is bringing about the much-needed change to this unilateral trajectory. As the backgrounds and ethnicities of the authors are varied, they present a racialized redefinition of immigration.

In her book Infinite Country, Patricia Engel, herself the daughter of Colombian immigrants, reflects upon the essence of generational trauma that keeps accumulating in the collective psyche of the diaspora community and how there is and probably never will be any utopian solution that resolves the ambivalence of citizenship. She has shone a light on the multifaceted nature of deportation, which includes its gendered reality and the state’s disregard for varied kinship ties existing in immigrant families, ergo confiscating their fundamental human right to start or stay together as a family.

In Angie Cruz’s Dominicana and Etaf Rum’s A Woman Is No Man, we see what’s it like for female immigrants with abusive husbands and highly oppressive families to navigate a foreign world. They are hypervigilant to the point of being paranoid about how they act so as not to raise any eyebrows and therefore be the victims of the wrath of their highly patriarchal households, and in turn, a world they know nothing of. These women have been doubly estranged, and both their literal and metaphorical homelessness have led to fractured identities. Thanks to contemporary literary fiction, people from immigrant families can finally see themselves in the pages of books — something that was unthinkable even a few decades back.

Centering the Voices of People of Color

To reframe what America looks like, we need to rethink what Americans look like. Contemporary literary fiction is eroding, albeit slowly, the assumptions that bolstered white hegemony in the publishing industry. Literary fiction featuring people of color as the protagonists are denouncing the compulsion to erase all physical and cultural distinctions to fit into the archetype of the true American.

Written in the form of a screenplay, Charles Yu’s novel Interior Chinatown is a satirical take on how American movies and literature have relegated Asian characters to the fringes of society for the past centuries. Regardless of whether the characters are Japanese or Taiwanese or Korean or second generation Americans, all of them are pigeonholed as “generic Asians,” and their diverse histories and heritages are brushed over. The identities of Chinese Americans exist as nothing but a performance in the collective imagination of the white Americans. Contemporary literary fiction shows how this constant exclusion leads to the characters’ (like Willis) failure to perceive themselves as the protagonists of their own lives.

In An American Marriage, Tayari Jones explores this sidelining of people of color and how the forced silencing of non-white voices can ensue a fatal outcome. Roy is wrongly convicted of rape, which upends his marriage. This novel is not a gripping courtroom drama, nor is it an impeccable critique of the prison-industrial complex. Rather, it is an evocative, compassionate, and intimate portrayal of interpersonal relationships and how they can never be divorced from their racial context. Contemporary literary fiction urges its readers to radicalize themselves, as the non-white body in America is always under surveillance and cannot evade the scrutiny of the political lens.

To conclude, literary fiction of the 21st century is broadening and redefining the idea of America itself. Stories of racial injustice, the status of women of color, and microaggressions are brought into limelight as the preexisting racist narratives get overwritten by a postcolonial consciousness. With own voices writers gaining center stage, maybe we will get to live the day when reading multiethnic literature is not considered an act of rebellion, but just a normal way of being, sooner than we expect.