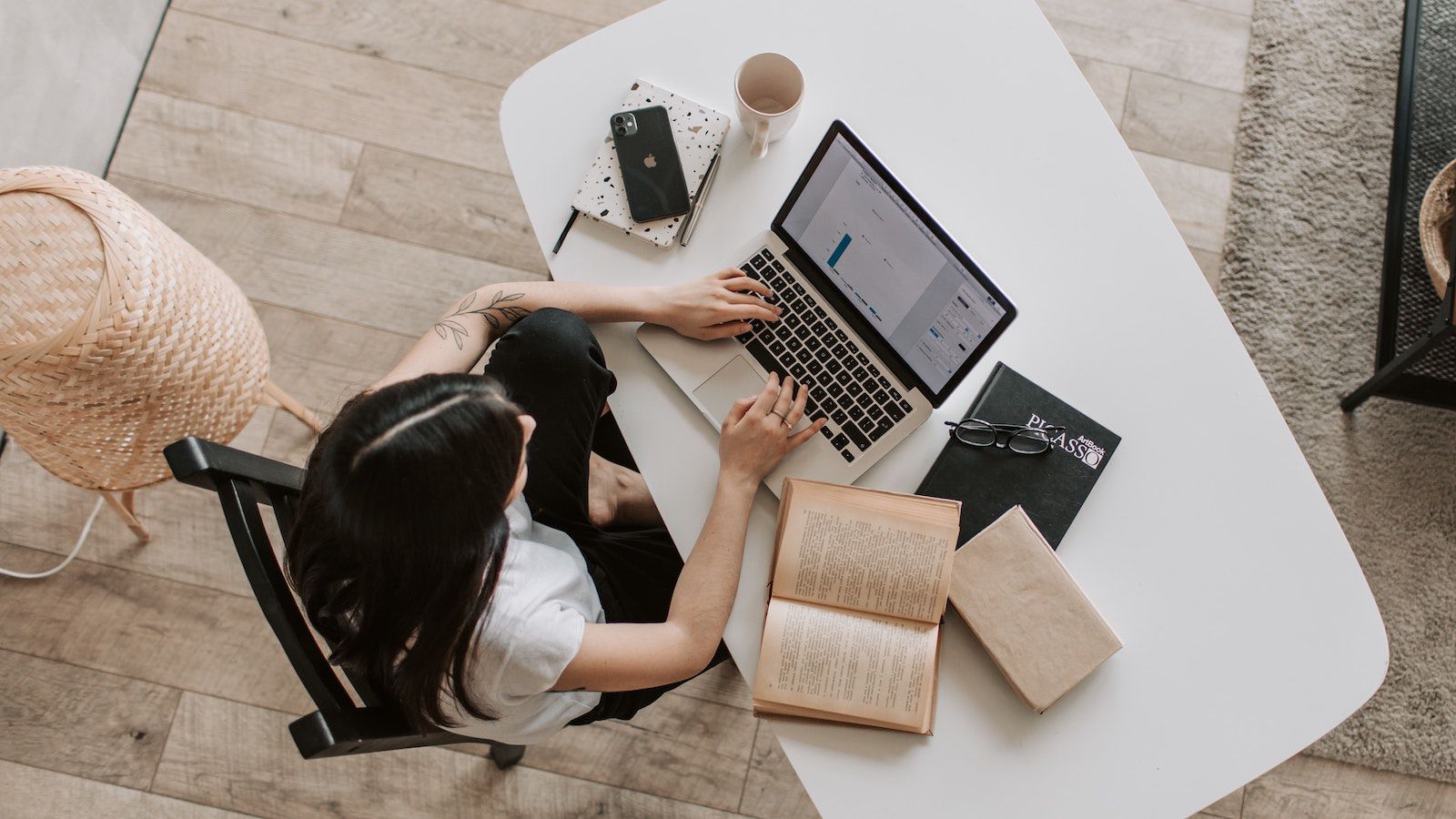 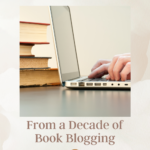 When I started the Lesbrary in 2010, the bookish internet was a very different place. Book Riot hadn’t even started yet! I was just beginning to prioritize bi and lesbian books in my reading, and although I followed dozens of book blogs, all the “LGBT” ones I could find were really 90–95% M/M romance and erotica. So I started my own! Here’s what I’ve learned from more than ten years of maintaining a book blog.

1) Don’t overthink it: just get started.

I spent a long time considering starting the Lesbrary before I did. I second-guessed myself and planned out content. I thought I had to have everything figured out before I started —but of course, you can only learn by actually doing. I had lots of great ideas about what the blog would look like in those early days, but quickly some things fell to the wayside and others became regular features. No one is holding you to a consistent schedule or format when you first get started, so it makes sense to just dive in and start experimenting.

I don’t have the most exciting format, I’ll admit. The Lesbrary is mostly reviews, with regular link round ups, and the occasional other article. There are a million other bookish creators making original, entertaining content — and some of them are pumping it out at an astonishing speed. In the early days, I was really self-conscious about this. Kissing By Venus had better posts than I did. SFFic was doing such interesting things. Good Lesbian Books supplanted the need for the Lesbrary. Except that all those sites are defunct now. I’ve seen great queer book blogs rise and fall in the decade I’ve been running the Lesbrary — which is pretty much a century in internet time. I’ve realized that while I don’t have the most cutting-edge content, it’s my consistency over this many years that’s gathered support.

So if you’re starting a book blog (or TikTok or YouTube channel or Instagram account) and you have a ton of ideas for what you want to do, try to slow down and pace yourself. Can you keep this up indefinitely? If not, instead of updating once a day for a month and never posting again, try scheduling out some in advance to give yourself a buffer. Don’t burn out!

I’ve reviewed almost every sapphic book I’ve read for the past 11 years, and that’s about 50–80% of the books I read, depending on the month. It forces me to pay attention while I’m reading and to take notes of what’s working for me and what isn’t. I remember things a lot better when I’ve reviewed them. On the other hand, sometimes I pick up a book that isn’t sapphic just so I don’t have to review it. Sometimes I want to lose myself in a story without having to track things so closely. There’s value in both!

4) Recruiting a team of reviewers is helpful.

Because my blog is review-based, in the early years of blogging, I would only update when I finished a book — and I didn’t read that quickly. I got to feel anxious that I wasn’t putting up enough content. Who would follow a blog that only updates once a week — or sometimes less? (Obviously, there’s nothing wrong with that, but I was feeling self-conscious.) I decided to see if anyone wanted to review a book once a month on the Lesbrary, expecting no one to be interested. Now, I have a team that ranges from a dozen to 30 or so reviewers — enough to sometimes have a review up every day of the month! It’s mutually beneficial: I get more content, and they get access to free sapphic ebooks to review (plus their reviews get seen by a larger audience). I now feel a lot less pressure to read more just to produce content.

5) You don’t have to review every ARC you get.

When I was starting out, I read and reviewed every ebook I got sent. This is unfathomable to me now: I get sent far more than I can read, and many of them aren’t my personal style. I was just so excited that authors and publishers wanted me to talk about their books! They’d heard of my site! I was getting free books! As I began to realize just how many great queer women books are out there, though, I let myself off the hook for reading every single one I got sent.

Having a team of reviewers really helped with this, too! I now have a standard reply to eARCs that says I will pass it along to my team of reviewers and that hopefully one will pick it up soon. That auto-expanded text has helped so much in not feeling guilty about this.

6) Don’t feel obligated to do anything you’re not getting paid for.

This is the most important thing I’ve learned book blogging: if you’re not getting paid for it, you’re not obligated to do it. This is supposed to be a hobby. If you don’t want to read a book that was sent to you, don’t. Book bloggers are often providing free labor and publicity for publishers — and if you want to do that because you’re genuinely excited about the book, great! But it’s not your job, and you shouldn’t let anyone make you feel guilty for not reviewing in time or matching their book blog tour format or whatever it is.

In addition to that standard “I’ll pass it along to my reviewers” reply, I also say, “If you want guaranteed coverage on the Lesbrary, check out our advertising opportunities (linked).” Sometimes people actually do place ads, but even more valuable for me, it reminds me that if publishers/authors want me to advertise their book, I should be getting paid for it. Otherwise, I should just be picking up the books that interest me.

7) Appreciate the niche you have.

Speaking of advertising, I didn’t have ads on the Lesbrary for many years, because everything I saw online said I didn’t get enough views for it to be worth it. Eventually, though, I realized that even though the Lesbrary doesn’t get 100,000 views a month, it does have a particular audience. Everyone reading the Lesbrary reads sapphic books, which makes it a much better place to advertise than somewhere with a bigger but less specialized audience.

I also undervalued those ads at first because of that — I even had an advertiser let me know I was pricing them too low. I adjusted my prices up and down many times before realizing that I should stop trying to mathematically make this decision and instead just think about what my time is worth. Between the emails, scheduling, and troubleshooting, it wasn’t worth it to me to have ads that were only $5–10.

Speaking of undervaluing myself, I considered starting a Patreon for a long time, but I couldn’t imagine anyone would support me on it. I’m not really a creator, right? It’s not like I write stories or make art. I just review books and collect links. Who wants to pay someone for writing book reviews? Eventually, I gave it a try and was shocked by the support I got, including at levels I never though would sell. People were grateful for the work I was doing and wanted to help. I learned to include tiers I didn’t think anyone would actually take, because people can surprise you.

Another reason I didn’t place ads to begin with is that you can’t on a WordPress.com site. I started the Lesbrary in the most basic format possible — which worked for a while, but when I started to experiment with the layout and ad options, there were some definite growing pains. It was difficult to transfer everything over. Although I know I couldn’t have predicted how much it would grow over the years, I wish I had started out on a platform that more easily adapted to that growth. (I also wish I had just hired someone for the most difficult parts this process)

This may be an anticlimactic note to end on, but in the spirit of thinking about future growth at the beginning, I wish I had tagged my posts consistently to begin with. It’s a big job to try to go back and tag a decade worth of posts, but it’s such a huge help. I want to be able to find all the reviews of 1920s sapphic books, or all the 5-star reviews, or fantasy romances! I am tagging everything I can think of now, but I wish I had done that from day one.

And that’s what I’ve learned from a decade of book blogging! I could never have guessed in those early years that I would go on to be a professional book blogger, paid both through Patreon and for Book Riot posts! Now I work full time in the bookish internet world, which is a dream come true.

For anyone thinking of starting a book blog, I refer you to lesson #1. And no, it’s not too crowded out here. We’re just getting started.