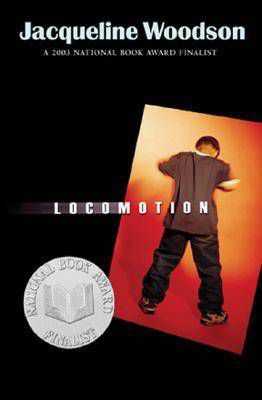 I think I can speak for everyone when I say we were all thrilled to hear you’re going to be playing Deadshot in the upcoming Suicide Squad movie. No matter what you may think of Jared Leto’s Joker, Harley Quinn’s costume, the reports of extensive reshoots or where the film will fit in the wider DC movie universe, who can’t get behind Will Smith back on the big screen in a proper summer blockbuster!

But Will, I’m starting to worry. It’s July now, which means Suicide Squad is out next month. At the time of writing, it’s exactly four weeks until the premiere. Four weeks, and not a word on the most important part of the film – the theme song.

Well, I say no word. Back in April, rumours were flying that Skrillex and Rick Ross would be producing a theme song for the movie, after a set in Atlantic City included the DJ spinning a track that featured Ross rapping about Gotham City, Killer Croc, the Joker’s purple Lamborghini and the Suicide Squad themselves. Now, some may take that as pretty indisputable proof, but not me.

You are singing the Suicide Squad theme song, aren’t you? I mean, I know you haven’t released a single since 2005, and you haven’t produced a theme song for one of your movies since Men in Black II, but that just means it’s the perfect time for a comeback! The era of the Will Smith star vehicle was a golden age – Men in Black, Bad Boys, Wild Wild West (alright, maybe not that last one). Only you can bring that back, Will. It’s up to you to make movies great again!

Because let’s face it, Will: your last few movies haven’t exactly been classics. What do I see when I look at your most recent filmography? Men in Black III? After Earth? Winter’s Tale? You know what they all have in common: no Will Smith theme song. Now, you may think nothing could have saved After Earth, but I humbly disagree; slap some classic Will Smith hip hop beats over those credits, and the audience would have left smiling.

Now, I’m sure that no matter what happens, Suicide Squad is going to be better – or at least make more sense – than After Earth. But I can’t deny the warning signs. You were one of the recipients of Jared Leto’s used condoms, weren’t you? And the less said about your tattooing skills, the better. Then there’s the production team’s apparent complete obliviousness to issues of cultural appropriation or women’s representation. Clearly, what Suicide Squad‘s PR people think are wacky hijinks in fact exist somewhere on a scale between ‘poor decision making’ and ‘serious sexual harassment’, which doesn’t exactly fill me with hope for the film itself.

But you seem excited about it, and that’s what really matters! Because I’m going to be honest with you here, Will: there hasn’t been much to get excited about this year. 2016 has been pretty dang terrible, really. As has, when you think about it, most of this decade. We need to go back to a better time, a simpler time, when the airwaves sang with the sweet musical stylings of DJ Jazzy Jeff and the Fresh Prince. And, hey, nineties nostalgia is so hot right now! There’s a Clinton running for presidency, everyone’s playing Pokémon – it’s time for us to get back to getting jiggy with it too.

You can’t let me down, Will. Even after the disappointment of the 2016 Ghostbusters theme tune, I’m daring to hope again. However, I realise you might be a bit rusty after all this time, so I’ve taken the liberty of coming up with some killer lyrics you are totally free to use:

Where they killed off Grant Morrison?

Comics sure are weird

I know you’re a busy man, Will, so there’s no need to get back to me right away. But, y’know, time is getting tight, and it’s really quite hard to find things that rhyme with ‘squad’.