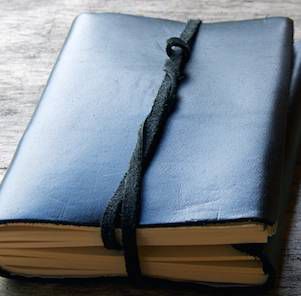 Raise your hand if you’ve ever taken a secret pleasure in finding your older sibling’s or cool older cousin’s diary while snooping through their stuff.

Okay, you last person sitting there with your hand still firmly at your side—raise it if you were tempted just a tiny bit to go searching for a diary, or got some small thrill from the prospect of finding one.

That’s what I thought. Welcome to the group.

Diaries are irresistible, whether the lives they capture are real or imagined. Maybe it’s voyeurism; maybe it’s something better. In theory, a diary is an author’s most captive audience and peerless confidante, stripping from their voice the armor of pretense or posturing or performing. What’s left is the humanity of the narrator, deformed, unfinished, sent perhaps before its time into this literary world scarce half made up, but honest and ready for some real talk.

Besides Cheetos, intimacy is probably our deepest collective craving, and how much more intimate can literature get than a book that was never even meant to be read in the first place? The answer, to borrow the sagely words of Spinal Tap—three of the wisest men I know—is none. None more intimate.

But are diaries meant to never be read? Are they? If you have ever been a young person (or a diary keeping late bloomer), you probably have felt the delicious Orwellian doublethink that comes with writing in a journal: it’s a secret Doomsday Book of all the mundane acts and wild dreams that marble your life, for your eyes only, but we keep them for someone, often our future selves but sometimes for another ideal reader: a stranger who will maybe understand what we mean.

Orwell is actually the reason I began keeping a diary. I was fifteen, and taking my first stab at 1984. In his small but huge act of rebellion, Winston Smith buys a journal from a second hand proletariat market. I’ll never forget the image of it—its pages the color of light cream, and completely empty. He commits a thought crime by hiding in the corner of his room and writing down what he really thinks, feels, wishes, loves, hates, and I needed to know that feeling. I went out and bought myself a blank journal just as quick as I could and my first several entries have the flavor of someone who is tasting freedom for the first time, just like Winston. I was ridiculous (see also: still am), but I was from that moment a diary keeper for life. My entries moved rather swiftly from politics and freethinking to crushes, but I’m only human.

Of course, Winston’s diary is discovered by The Party and used to incriminate/torture him and his lover Julia. And I bet O’Brien had himself that familiar thrill when he opened its pages for the first time. He’s only human. 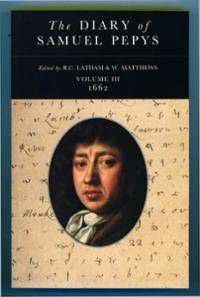 There’s a whole library’s worth of books that either use diaries as a device or are themselves complete diaries, and they have enjoyed long, popular runs in print. Maybe one of the oldest is the Diary of Samuel Pepys, a dude writing about his life in seventeenth century England. Raise your hand if you’re like this could not have less to do with me, and I would rather suffer paper cuts to my tender places than read a stuffy journal from the 1660s.

A more recent addition to the diary section of literature is Sherman Alexie’s brilliant The Absolutely True Diary of a Part-Time Indian. Again, the title might generally feel like it would alienate some readers, yet the diary of Junior Spirit does exactly the opposite. Alexie speaks through a high school freshman who decides to leave his Spokane Indian Reservation in order to attend a nearby, mostly white high school. Junior has a lot of things on his mind: whether friendship can survive this level of apparent abandonment; how much he loves his family, in spite of their problems; sex; sex; sex; what it means to feel alienated (see, reader? he gets it, too); sex; et al. Death and discovery serve as the agony and ecstasy of Junior’s experience, and Alexie doesn’t hesitate to pour heavy doses of both into it.

Death and discovery each take on many, many thematic meanings in perhaps the most famous journal ever written, Anne Frank’s Diary of a Young Girl. If it was fiction, that attic in Amsterdam would be the perfect metaphor for the claustrophobic nature of adolescence, where one fears being found out, where one feels all the aches of the paradoxical young search for privacy and companionship. Instead, it’s a human lens through which to view a vile slice of history along with very normal slices of growing up. If you haven’t picked it up yet, any time is the perfect time, but especially right now.

Time seems like a good segue into Watchmen, Alan Moore’s comic book magnum opus. It’s hard to pick who has the most interesting psychological profile in this illustrated examination of what drives a person crazy enough to dress up in costumes and illegally punch the crap out of criminals. But if I must pick, I will obviously pick Rorschach. The malleable ink that adorns his mask and reflects his mood is slightly less interesting than the ink that fills his journal, which we get to read over his shoulder during the bits focused on him. His terse prose is unsettling but prone to turns of phrase that are beautiful in their own way. For example, here’s Rorschach’s allegorical commentary on the mental stability (see also: lack thereof) of his colleagues and himself, taken from one of his journal entries:

“Heard joke once: Man goes into doctor. Says he’s depressed. Says life seems harsh and cruel. Says he feels all alone in a threatening world where what lies ahead is vague and uncertain. Doctor says ‘Treatment is simple. Great clown Pagliacci is in town tonight. Go and see him. That should pick you up.’ Man bursts into tears. Says ‘But, Doctor…I am Pagliacci.’ Good joke. Everybody laugh. Roll on snare drum. Curtains.”

I hope writers and the characters they write will continue to leave their diaries and journals lying open, waiting for us to snoop through literature’s bedroom and find them, to challenge us to be pleasantly (or unpleasantly) surprised by who does not alienate us after all. Just don’t leave Cheeto colored fingerprints on the pages if you don’t want to be found out.