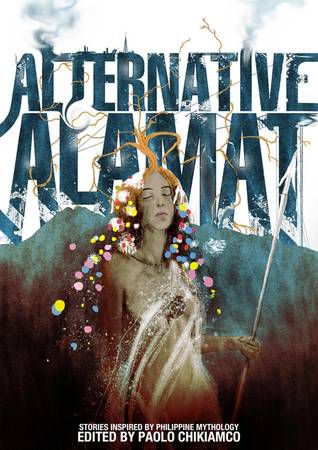 You do not want my business. I’m glad you let me know this early in our burgeoning relationship, before I got too invested in my favorite characters and decided to take things to the next level.

I’ll be honest, I didn’t really understand most of the news coming out of the Rebirth announcement. I haven’t been kicking around the comics world for very long, so I didn’t know that DCYou or New 52 were a thing. I didn’t know that you’d just done a line refresh 6 months ago. All I knew was that, I was into the new Batgirl from Brendan Fletcher and Cameron Stewart. I liked the art that Babs Tarr was doing. It was different than other DC stuff I’d seen before. So I bought the trade last summer.

Same with Gotham Academy. And I was looking forward to catching up on We Are Robin. In trades from Amazon. Because that’s how I buy comics. If things get serious, I’ll subscribe to single issues digitally on Comixology.

But I read the press release that announced Rebirth, and the third sentence told me that I wasn’t welcome in your readership: “We also believe in the direct market and the core comics fan.” That sentence – the “it’s not you, it’s me” phrasing – is actually code for “I’m just not that into you.” Because I don’t buy my comics the way you think “real comics fans” should – in single issues from an LCS – I’m not included in your belief system. I’m not part of the readership you care about.

Which is really a shame. I was excited. There were hints that DC was opening the doors a bit to people like me and like my friends. Women, POCs, LGBTQ+ — comics readers that wanted representation in their comics. We were getting most of that from Image titles and from other indies, and Marvel was stepping up to the plate, with titles like Ms. Marvel.

It felt like you guys finally got it, that someone over there said, “You know, we should really be courting this population of people who want to be entertained, who are watching our TV shows and our movies, who are making books like Saga and The Wicked + The Divine and Bitch Planet and Lumberjanes legitimate cultural forces.” It felt like you looked at books like those, books that are pulling in a whole new population of readers that not only have never tried comic books but have thought that comics were only for a specific kind of person, and said, “We could give them something good.”

Turns out, that’s not what happened. Someone at DC might have said those things at some point, but no one put any muscle behind the effort. And now you’ve yanked the rug out from under any attempt of attracting new readers and appealing to dedicated but skeptical current readers.

Rebirth is a shot across the bow aimed at readers like me. It’s a message that says, Our comics are for straight white men, who are fanatical about the DC Universe, who have longboxes of nothing but DC comics. Who will follow us anywhere, for no other reason than we’re DC. We don’t even need to tell them the creative teams behind these reborn books, because it doesn’t really matter. And we’ll charge them twice as much a month because we know they’ll pay it. You’ve put up a metaphorical “no girls allowed” on your tree house and told me I’m not good enough to be trusted with the secret knock. I haven’t taken an oath in blood, so I don’t belong.

So thank you, DC, for putting it bluntly. For breaking up with me before I got too emotionally committed. For being honest about the fact that you don’t really find me (or my money) that attractive. I’m through with you.