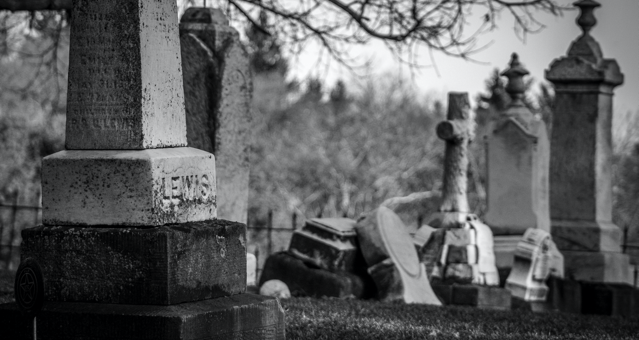 Critical Linking, a daily roundup of the most interesting bookish links from around the web, is sponsored by Book Riot’s new literary fiction podcast Novel Gazing.

“Regarding the poem, Judge Eyre said: ‘The passage from Byron is part of a secular poem which conveys no suggestion of Christian resurrection hope… Indeed, Mr. Chadfield says that it is avowedly an expression of loss. I have no doubt that Mr. Chadfield’s loss is intense and the language proposed is beautiful… Nonetheless, it is language which is not appropriate on a memorial in churchyard and cannot be permitted…That is because of the message which it conveys or rather because of its failure to convey a message consistent with the purpose of the churchyard.”

Remind me not to be buried at a joint where words like “my much loved wife” are too saucy.

“For decades, readers have taken the sentiment of the book’s subhead to heart: “The only book you need to lead you to success.” The library’s records show that 284,524 readers have scanned their library cards to snatch up Carnegie’s recommendations—and we can certainly understand why. The author writes that his mission is to help the reader navigate a “mental rut,” make friends quickly, avoid arguments, and improve public speaking skills, among others. In other words, his insight spans multiple topics, including work, criticism, relationships, and more.”

“But to go back to the idea of authenticity and trust, this is just as much if not more of an issue for reviews on places like Goodreads and Amazon. Who is booklover123? Is it the author’s aunt? Agent? An ex-student who feels he deserved an “A”? Remember in 2004 when Amazon accidentally listed the identity of anonymous posters? It turned out that many reviews were generated by people using fake identities to boost or depress the ratings of books, something called “sockpuppeting.” There are personal and professional consequences to critics that actually facilitate a particular professionalism and integrity. Yes, it may be surprising to some that worrying about how other writers will respond to their reviews is part of how critics write their reviews. But it’s also this sense of “peer policing” that keeps most critics on their toes about producing good and work. Though it doesn’t always work …”