Confession time, Rioters: I did not always love Deadpool. There was a time in my life when I thought he was weird, nonsensical, overtly sexual, and pretty disturbing. Then I read Deadpool: Dead Presidents by Brian Posehn and Gerry Duggan and illustrated by Tony Moore, and I realized that, yes, all of those things are true but, in the right hands, he’s really, really funny.

If you’re not quite convinced, here are 21 Deadpool quotes from the 2016 movie and various comics to get you excited about the infamous Merc with a Mouth. So put on your comfy crocs, heat up a chimichanga, and get ready for Maximum Effort.

Deadpool Quotes From the 2016 Movie 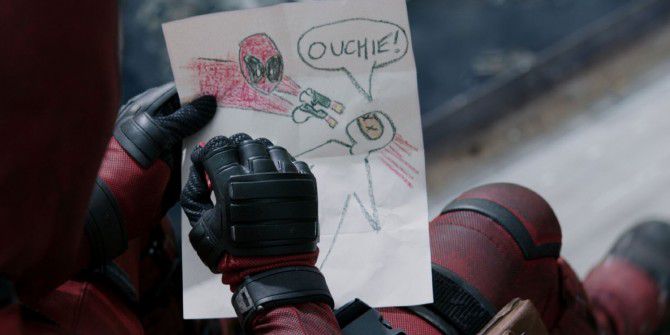 -seconds after a scene of gratuitous violence and murder-

Deadpool: You’re probably thinking, “My boyfriend said this was a superhero movie, but that guy in the suit just turned that other guy into a fucking kebab!” Well, I may be super, but I’m no hero. And, yeah, technically, this is murder. But some of the best love stories start with a murder, and that’s exactly what this is, a love story. And to tell it right…I gotta take you back to long before I squeezed this ass into red spandex.

-in a conversation with Weasel, who runs a mercenary hangout/betting pool/bar-

Deadpool: You know what they call cancer in Spanish?

Weasel: What do they call it?

-arguing for the umpteenth time with the ever-patient Colossus-

Deadpool: If I ever decide to become a crime-fighting shit swizzler who rooms with a bunch of other little whiners at Neverland Mansion with some creepy, old, bald, Heaven’s Gate-looking motherfucker…on that day, I’ll send your shiny, happy ass a friend request.

Deadpool: I want to die a natural death at the age of 102—like the city of Detroit.

Deadpool: It’s a big house.  It’s weird I only ever see two of you.  Almost like the studio couldn’t afford another X-Man. 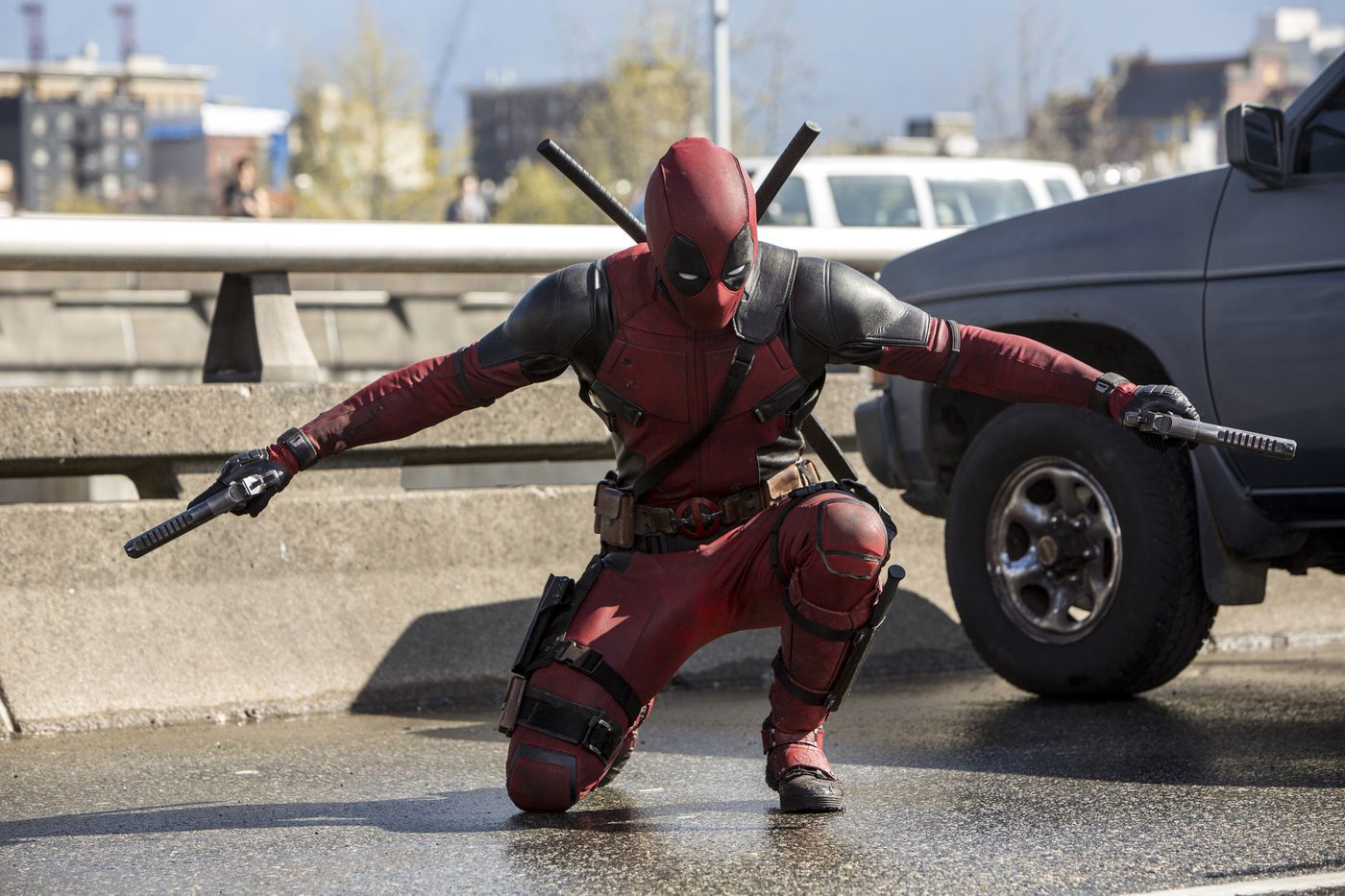 -once more to my boy Colossus-

Deadpool: You big chrome cock goblin—you’re really gonna fuck this up for me.

Colossus:Do you have an off switch?

Deadpool:Yeah, it’s right next to the prostrate…or is that the on switch? 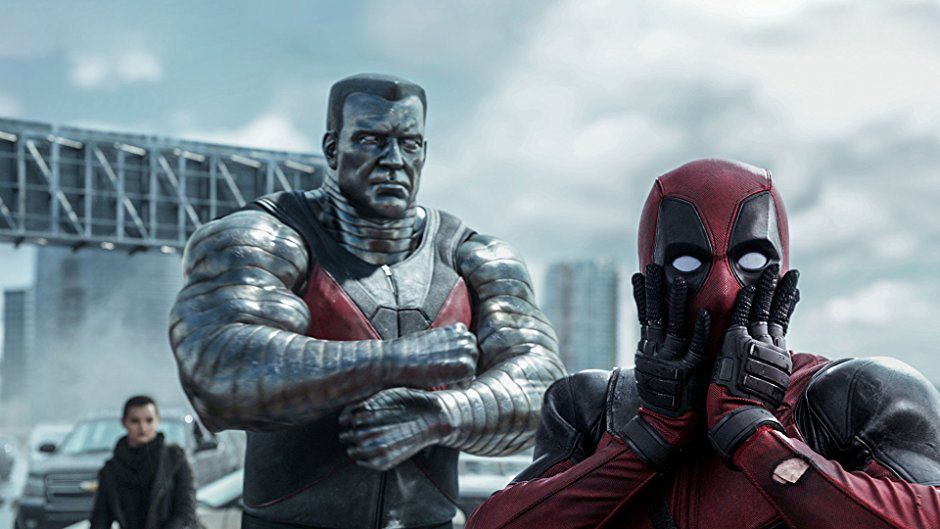 Deadpool: So what’s it going to be, sullen silence or mean comment?

Negasonic Teenage Warhead: Okay, you’ve got me in a box here.

Various Deadpool Quotes From The Comics

You know what Deadpool fans love? Sharing shots of their favorite lines.  You know what they hate? Adequately citing these shorts.  Think you can help me cite these funny scenes? Please comment below! 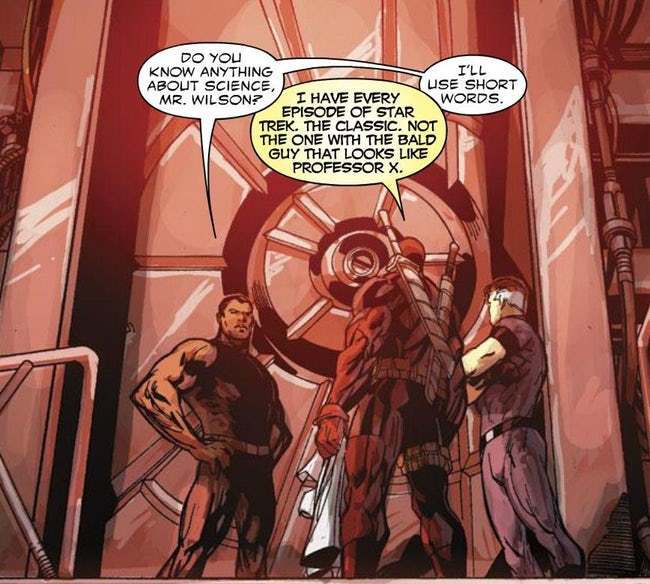 Attractive white guy:Do you know anything about science, Mr. Wilson?

Deadpool: I have every episode of Star Trek. The classic. Not the one with the bald guy that looks like Professor X.

Deadpool: -staring at a wound on Wolverine- Uh-oh. What’s going on with that boo-boo?

Deadpool: Aw, poor widdle Wolvie. Where were you when you lost it?

Thor: -holding Deadpool by the neck- You will be handed over to the authorities. Imprisonment shall be yours. The fate of a thief.

Deadpool: I really find you very attractive. Did I say that out loud? 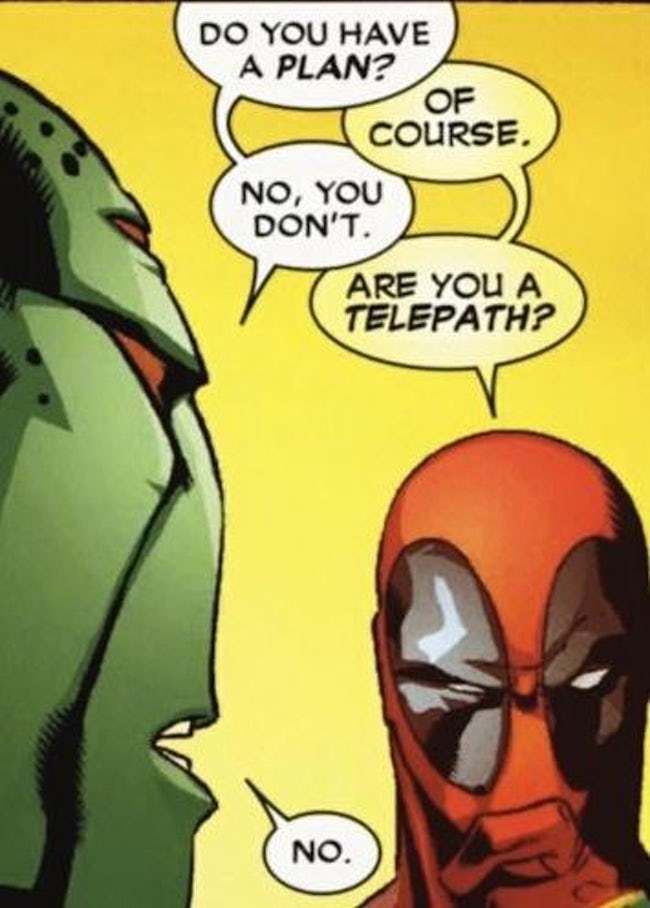 Alien: Do you have a plan?

Deadpool: Are you a telepath?

Deadpool: Kill’s too harsh a word. I prefer “stab to death.” 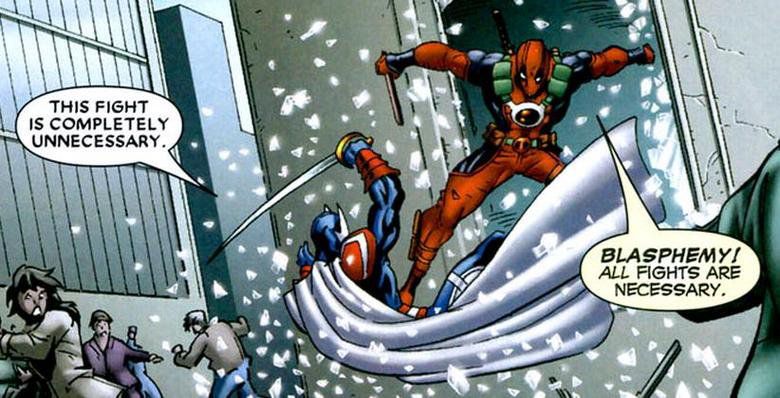 Man with a sword and cape: This fight is completely unnecessary.

Deadpool: -kicking him through a window- Blasphemy! All fights are necessary.

Deadpool: Can you turn your head off?

Ghost Rider: Not down here.

Deadpool: Then how do you brush your teeth?

Deadpool: -pretending to faint- Ooh, pardon me, sir, your highness! Lend me a white glove so I can slap it across your face!

Deadpool: Oh, no! Don’t punch me! I’ve never been punched before. 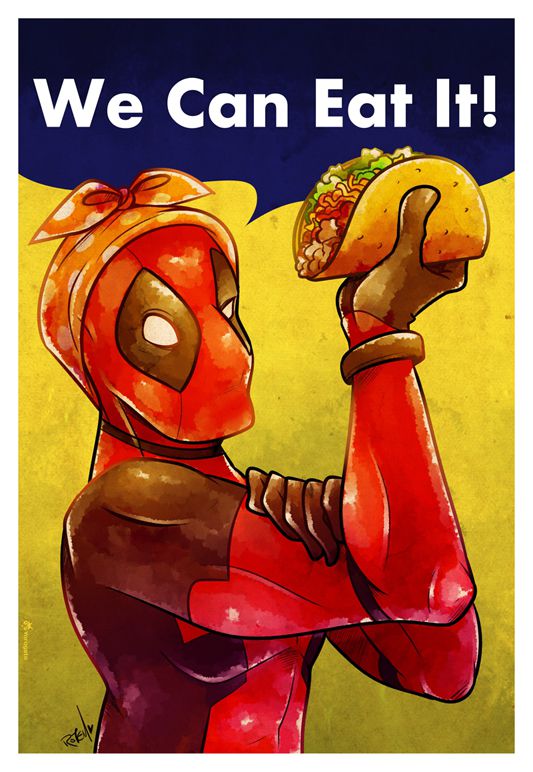 Attractive blonde man: Deadpool was brain controlled by Order, and he was going to kill you, but it looks like tacos broke the spell.

Deadpool: -smiling and holding an armful of tacos- Tacos!

If you like these Deadpool quotes or want to figure out WTF is happening in them, go watch either Deadpool movie or pick up a comic. The humor, art, and writing varies widely, so you’re sure to find at least one arc that you’ll love.

What do you think, Rioters? Want to start reading or watching Deadpool?  Comment below!