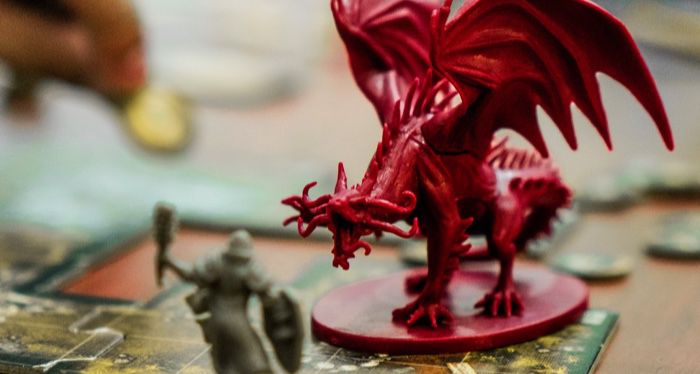 The tabletop roleplaying game (TTRPG) Renaissance is upon us! With more people playing TTRPGs now than ever before, it’s likely that you’ll soon find yourself invited to play at someone’s table, if you haven’t already. If you’re a Dungeons & Dragons newbie looking for inspiration, I’ve laid out the basic dos and don’ts of how to design a D&D character based on your favorite book character for you below. (And yes, these directions will work for any of the myriad TTRPGs that aren’t D&D as well.)

All it takes to make a TTRPG character successful is fun: the fun you have while playing them, and the fun your group has while playing with them. But getting that kind of fun out of a character is sometimes easier said than done, especially if you’re new to the game. So here are the dos and don’ts of making a D&D character based on your favorite book character:

DO: Think About What Kind Of Character You’d Like To Play

If you’re designing a TTRPG character based on your favorite book character, you’ll want to look closely at what the system can emulate. For example, a D&D character based on someone from the Locked Tomb trilogy might be a School of Necromancy Wizard, a College of Spirits Bard, or a Way of the Long Death Monk. A Stars Without Number character based on Joan D. Vinge’s Cat might be a Warrior/Psychic Criminal with Telepathy and the Assassin focus. Be sure to talk with your game master (GM) about what’s possible within the system you’re using.

DON’T: Try To Copy Every Little Thing About Your Favorite Book Character

This is the biggest pitfall book-lovers fall into when they design a TTRPG character based on a book character. Yes, you can play a stealthy hero who was orphaned in childhood and specializes in close-quarters combat…but you probably shouldn’t expect to have dozens of gadgets and buttloads of money at your disposal. Remember: You’re not playing Batman; you’re playing a character based on Batman.

DO: Play The Character From The Beginning Of Their Hero’s Journey

Most TTRPGs start out with characters who are just coming into their powers. In most cases, it won’t make sense for your 1st level character to have already slain a dragon, led a revolution, or cleaned up crime in high-fantasy Gotham. And that’s OK! Playing a TTRPG gives you ample opportunities for character development.

If you start out as Batman, you don’t really have much room to grow. Sure, you can work with your GM to design new gadgets for your character, but batarangs and shark-repellent bat spray aren’t what make Batman a character worth playing. It’s Bruce Wayne’s transformation from orphaned kid to dark knight that makes him a hero.

There’s nothing wrong with wanting to play a strong character. In fact, combat-heavy TTRPGs like D&D encourage you to make deadly fighters. But the fun stops when one character gets all the combat glory, and everyone else is just…sort of there. Even if your D&D character inspiration is an unstoppable force, your actual character shouldn’t be.

DO: Talk To Your GM About Your Character, Out Of Game

D&D is cooperative storytelling, and your GM is not a mind-reader. If there’s a place you want to take your character, or a particular item or ability you’d like them to have, then tell your GM. You might have to wait for it, you might have to work for it, and you’ll probably have to manage your expectations a little bit. But at the end of the day, your GM wants you to have fun, and they won’t know what you want for your character unless you tell them.

DON’T: Be Resistant To Change

It’s never a good idea to cling too tightly to the 1st level version of your character. Moral compasses, personalities, and goals shift as time goes on, and that’s true for TTRPG characters as well. If you feel like your D&D character wants to diverge from the book character you initially based them on, let them. Embrace change! And while you’re at it…

DO: Accept That Some Things Just Don’t Work Out

I once designed an entire D&D character on Alia Atreides. Ghola Hayt — yes, really, shut up — was an Aasimar College of Whispers Bard who had all kinds of mind-altering spells. In my head, she was going to be a dagger-wielding assassin, but it soon became clear that she didn’t have much to offer the party, when push came to shove. That just wasn’t fun.

When Ghola died very early in her adventuring career, I knew that 1) my group would do whatever it took to revive her, and 2) I didn’t want that to happen. So I texted my GM, who graciously conveyed my message to the rest of the party a few days later: Ghola’s going to stay dead, because that’s what her player wants. I rolled a new character, who I’m still playing today.

Your favorite book character doesn’t translate well to D&D, but I promise it’ll all turn out all right in the end. If you want to be Batman for a few hours each week, then do it. I certainly won’t try to stop you.

Want more Dungeons & Dragons content? Check out this starter guide to D&D books and this how-to on playing TTRPGs on any budget.