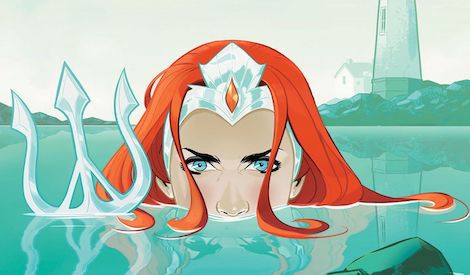 A lot of people are under the illusion that comics are for kids. 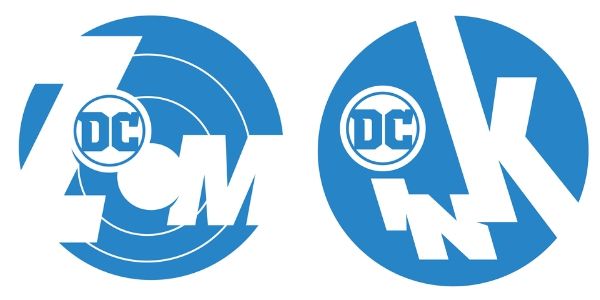 As an adult reader of comics, I’m here to tell you (again) that isn’t always the case. It is, in fact, frequently not the case. There is a large portion of my pull list and TPBs I try to make sure my kids don’t see and if they do happen to get ahold, well…let’s say they are quickly divested of the aforementioned.

The good news is that DC Zoom and DC Ink—the publisher’s middle grade and young adult imprints, respectively—are here to provide not only kid-and family-friendly content, but stories where young heroes such as Mera, Jonathan Kent, and Damian (excuse me, Ian) Wayne step up to take their places in the pantheon of heroes.

Adults aren’t the only ones who can change the world—real or literary—but we need to be reminded of that sometimes, and kids need to know it’s okay for them to speak up when something needs to be done and to take action themselves (though maybe not of the armored patrol and smoke bomb variety) if those in charge aren’t listening. Authors Danielle Paige and Ridley Pearson tell us a little bit about how they got into the minds of their young heroes in Mera: Tidebreaker (DC Ink) and Super Sons: The Polarshield Project (DC Zoom) 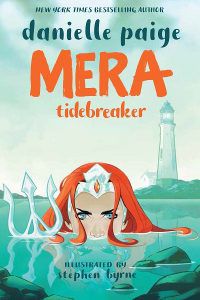 S.W. Sondheimer: How did you become involved with DC Ink? With the Mera project specifically?

Danielle Paige: Michele Wells reached out to me and we met for an epic dinner around BookCon almost two years ago. If there’s a such thing as editor insta-love, Michele and I had it. We did a deep dive into our love of the DCU and the then-recent Wonder Woman mega-release, and I walked away feeling thrilled to have met with DC but never really imagining I would get to write for DC, let alone be the launch title for DC Ink. I pitched a couple of ideas a few weeks later. The first one was Aquaman: A Whole New World, which is exactly what it sounds like, Aquaman as The Little Mermaid! Ultimately, we flipped the pitch and decided to tell Mera’s story instead. And I am so glad we did. I am so thrilled to get to tell Mera’s epic story.

SWS: Had you and Stephen (Byrne) worked together previously? How closely did you work while the project was in progress? Did you conference during the book’s creation or did send him the script for him to work on the art? Did you have an input into the layout or character designs?

DP:It’s funny, Stephen lives a continent away and we never met until the day we saw our ARCS. I wrote my script, and he performed the magic trick that only someone with his talent can do—he translated what I thought into something a million times more beautiful than what I had had in my head. And when I asked my editor if I could make Arthur look like a young Jason Momoa, DC complied and Stephen loosely modeled our Arthur off old Baywatch-era pics of Jason! And Stephen indulged me and we dressed Mera in a dress that I sketched first and Stephen made into something so much more.

DP: I wouldn’t be the writer that I am if it weren’t for my time on Guiding Light. I learned from day one how to write fast, but also how to write fantasy. Guiding Light meant writing for the mob one day, a princess the next, and a ghost the day after that. And sometimes all in the same day…and I had to figure out how to tackle all those kinds of stories and the characters that inhabited them. Making seemingly unbelievable things seem believable is at the core of all great fantasy writing, whether it be on screen or off. Also, soaps taught me so much about writing romance.

In some ways Mera is the purest romance that I’ve written since my soap days. Mera falls for Arthur, aka Aquaman, despite the fact that she has come to kill him. She has to choose between what she believes and what her heart is telling her, all while the fate of her people hangs in the balance. Heady stuff for anyone, but especially for a teenager.

Soaps and graphic novels also have the luxury of the screen and the panels on the page where you can show the audience the longing between two people without saying a single word.

SWS: What makes Mera a compelling character to write? Why is she compelling as the centerpiece for a young adult graphic novel? What would you like for young adult readers to take away from Tidebreaker?

DP: Mera’s a character torn between what she was raised to know and a new world where she has to make her own choices. And those choices are far from easy. I can’t think of a better metaphor for growing up. She’s figuring out who is she and what her place is in the world, and her heart plays a huge part in making those choices.

Mera is ultimately deciding what it means to be a hero in her own life—about who she is and who she loves. I want readers to know that they are capable of so much more than they ever imagined.

SWS: Are there any books or art you go to when you’re stuck or need writing inspiration? Any books about writing you enjoy? Movies or shows you watch when you need a jump start?

DP: My go-to books for writing are usually screenplay books. I love Syd Field’s The Foundations of Screenwriting and Christopher Vogler’s The Writer’s Journey. To me, screenplay structure helps me with plotting, and that gives me more room and time just to develop my characters.

And I completely believe in having a TV, and for it to be the reward after a day of writing! I am all about escape when it comes to my TV watching. I am so excited about the end of Game Of Thrones. I love the cat-and-mouse of Killing Eve, and I am such a fangirl for Riverdale. And Umbrella Academy and Doom Patrol are my new DC faves. Also, The Perfectionists just started and it’s filling that place in my heart where Pretty Little Liars used to be.

SWS: What are you working on now? Any plans for more graphic novels? More projects for DC Ink?

I am just wrapping up my fairy godmother origin story for Bloomsbury. I actually had the idea even before I wrote Dorothy Must Die, so I am so excited to finally bring my fairy godmother to life. And I have a couple of ideas for DC that I hope to do in the future!

SWS: What are you reading now?

DP: Kim Ligget’s The Grace Year. I can’t wait for everyone to read it. 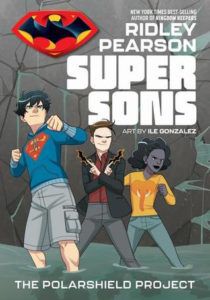 As to Super Sons: The Polarshield Project, Ridley Pearson says:

Super Sons: The Polarshield Project is my first graphic novel. It has been fun learning a new, more visual way to tell a story and to work with a great group of editors and an amazing illustrator (Ile Gonzalez).

DC Entertainment encouraged me to build a new world for the son of Superman and the son of Batmam. I was able to draw on my world building experience writing the Kingdom Keepers, and with Dave Barry, Peter and the Starcatchers. In Super Sons, I move our two heroes, Jon Kent and Ian (ed. note DO NOT CALL HIM DAMIAN) Wayne, out of Metropolis and into a city more like Chicago, in a new nation called Coleumbria. Here, our heroes and the population at large, attempt to survive climate disruption. The Super Sons face an evil force attempting to take control of the world’s climate.

As I started work on Super Sons: The Polarshield Project, I read about another fun fact: top scientists are dreaming up ways to screen the polar ice caps so they don’t melt as fast. It’s like putting an umbrella over the Arctic and Antarctica! In the novels I call it the Polarshield Project.

Pearson says he was actually recruited to write the Batfamily years ago:

At a book signing nearly ten years ago, a man left a business card and told me he wanted to discuss my possible involvement in writing the Batman comic books. I thought it was some sort of joke! While touring the DC offices for the Super Sons books, a man came out of an office and introduced himself as the guy who’d made that offer! I had thought it was too good to be true. Turns out, I should have trusted him!

Many years ago, I met Adam West, who played Batman in the 1960s television series. We became friends, as did our wives. When Adam’s kids grew up, he gave me his jungle gym. We assembled it in our backyard and our kids grew up playing on Batman’s jungle gym!

If your kids grow up playing on Batman’s jungle gym, I have to think you have a pretty good handle on writing a comic book about his son. Though, now that I’m thinking about it, I’m not sure how that lovely, campy, kind, chill ’60s version of Bats/Bruce would have handled Damien…or big bro Dick for that matter.

Regardless, if you’re looking for quality kid and teen comics content, look no further. My reluctant reader nine-year-old devoured Super Sons in under an hour and immediately asked me for more, which is proof directly from the target audience.