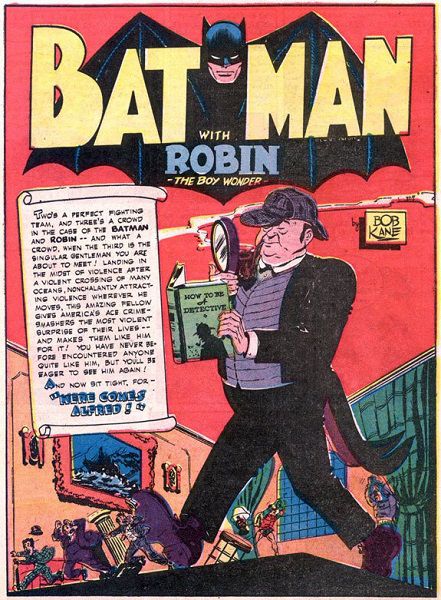 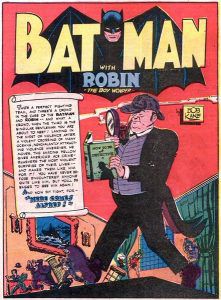 On Wednesday, DC announced that EPIX has greenlit a new live action series called Pennyworth. This miniseries by the Gotham showrunners will answer all your burning questions about Batman’s butler, Alfred Pennyworth, like, uh, how did he get into butling anyway? You know, the mysteries that really keep us up at night.

Look, I like Alfred. But aside from the inherent ridiculousness of a prequel about Batman’s butler, it really busts my batarangs that DC is acting like we’re scraping the bottom of the barrel character-wise when they still have exactly one (white) female-led show and exactly one (male) POC-led show out of the seven currently on the air, and the five currently in production or development don’t seem to be interested in correcting this trend.

I mean, if DC wants to do another show set in Gotham, why not something starring Kate Kane (Batwoman) or Cassandra Cain (Batgirl/Black Bat/Orphan) or Stephanie Brown (Spoiler/Robin/Batgirl)? Why not a police drama about Renee Montoya or a dark exploration of ethics and justice with Kate Spencer as Manhunter? Why not a look at what Gotham is like for young people with Damian Wayne show or a We Are Robin adaptation starring Duke Thomas? Hell, why not make a Huntress show? Either version—Mafia princess taking down the Mafia or Batman and Catwoman’s future daughter—is basically printing money!

Or, hey, if DC wants to explore the television potential of one of the characters already featured in its cinematic universe, maybe they should take a look at the one with the movie people actually liked? Sure, Wonder Woman already has a sequel in development, but being in the DCEU doesn’t stop Batman and Superman from having spinoff series on TV, or prevent them from having two different Flashes. Where’s my Young Diana show? Or Young Hippolyta, or Donna Troy, or Cassie Sandsmark, or Nubia, or Artemis?

Or forget the Trinity entirely! What about Cyborg? Sure, he’s got a movie planned for 2020, but so does the Flash, and that’s not stopping anyone. How about Katana, who’s been in a movie and is about to star in her second cartoon? What about the Jaime Reyes Blue Beetle show we were promised years ago? Where’s my superhero political drama Checkmate starring Amanda Waller? Where’s the live action show starring Vixen (not just as part of the Legends of Tomorrow ensemble) or the Ray?

I’m barely scraping the surface here. I could pitch non-straight-white-dude DC shows until the cows come home (and when they get here, I’ll tell them about my non-straight-white-dude Marvel show ideas, too!). In a world where characters like Elongated Man and Polaris are making it onto the small screen, “that character’s too obscure for adaptation” is no longer an excuse. And it’s ludicrous to look at the successes of Luke Cage, Wonder Woman, and most of all Black Panther and double down on yet more vehicles for white dudes.

DC has hundreds of characters—and, more to the point, hundreds of thousands of potential viewers who don’t look like Bruce Wayne, or Clark Kent, or Alfred Pennyworth. It’s long past time to concentrate on making shows for everyone.