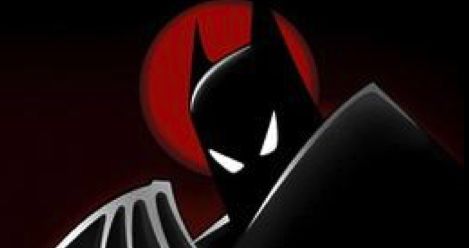 In previous articles, I discussed Batman’s comic origins and the need for his compassion. Batman is the terror of criminals true, and Gotham’s knight. But he also needs to care for the people who love him, and whom he loves in turn. He also cannot kill, or treat his sidekicks badly. “Firing” them is awful and breaks trust between him and his sidekicks. You need to give the dark knight a heart.

So why does the DCAU get its own article? Because, for Batman’s legacy, the DCAU gave us a knight that would endure the test of time. The original series remains in noir times, where criminals still use tommy guns and one could still find humorous moments. We also get futuristic technology through Bruce’s Batwing and cave, Lazarus Pits, that can bring people from near death, ninjas, and hints of magic beyond human comprehension.

Batman: the Animated Series writer Paul Dini recalled in his memoir Darkest Night a time when, after a traumatic mugging and beating, he encountered a fan of another show he worked on, Tiny Toons, at a record store. This person’s words reminded him why he wrote Batman, and why he writes for cartoons and comics alike.

We have two sides to Batman’s persona: the terror in the night, and the harbinger of justice. Justice does not necessarily mean violently oppressing those who would murder you or countless others; it can be as simple as revealing an insurance scam, comforting a grieving child, rescuing a little girl from her stalker father, or removing the mandatory retirement age from your company. Most of Batman’s enemies fail to reform, but he keeps trying to give them a second chance. 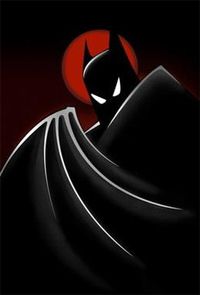 We see these two sides of the coin in the man’s personality and actions. Batman fights criminals and locks them away in jail or Gotham Asylum. Bruce Wayne serves as an Arkham Asylum Board member, to listen to the inmates and rehabilitate them. He takes in criminals alive, even murderers like the Joker. No matter how many times these rogues try to kill him, Bruce above all wants positive change, not retribution. Batman and DA Janet Van Dorn come to agree that they want a Gotham that doesn’t need vigilante protection.

Harley Quinn is a prime example of how Batman’s compassion plays out. Dr. Harleen Quinzel was a psychiatrist intern at Arkham who fell for the Joker and became his henchgirl. Batman will quickly incapacitate her if the situation arises, or cut through her deceptions, but he feels a lot of pity for her. He knows Joker is a liar, but without him Harley doesn’t know who she is. In an episode where she attempts to reform, without the Joker, she has a relapse and accidentally kidnaps a socialite. Batman still tries to talk her down peacefully, rescues her from a deadly fall, and returns the dress she bought after delivering her back to Arkham. As she puts it, he didn’t have to look out for her, but he did. Batman tells her he knows what it’s like to have a bad day, and hopes she can have a normal life.

One important facet of the DCAU is that Bruce wants, despite himself, to be happy. He mourns his parents, and his lost childhood, but he wants a family, and a future. Alfred and Commissioner Gordon are father figures to him. Former socialite Andrea Beaumont would have led to Batman never hitting the streets, if she had married him. Dick Grayson became his ward, after losing his parents. Bruce despite feeling like he has to protect Gotham, tries to keep the people in his life close. He fails, for reasons we’ll get into later, but he keeps trying. He wants to look forward, and give other people the future out of his reach. 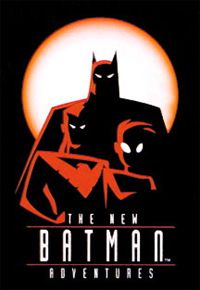 We see a darker side to Bruce in the second series, The New Batman Adventures. He’s started dating Barbara Gordon, Dick’s ex, and Dick had moved onto become Nightwing. Tim Drake, an orphan from the streets, becomes Robin after Batman rescues him from Two-Face. Bruce shows more brutal honesty towards Tim, who rarely scores a victory in the series. In fact, Bruce has to tell Tim that sometimes there are no happy endings, after a traumatic incident that scars Tim badly. Bruce also has a strained relationship with Dick, who quit after a bitter fight. Tim, for his part, likes having a big brother, and Dick appreciates having the little guy around. Barbara knows she shouldn’t date a man at least ten years her senior, but she does anyway. Villains who seemed to have reformed, like Mr. Freeze and Baby Doll, make dangerous returns.

Slowly, Bruce’s compassion fails Gotham. It’s not his fault; the Rogues keep going after him, and his city, despite his mercy. He’s getting older, and his body is failing him. Things come to a head when the Joker  kidnaps Tim Drake and, with Harley Quinn’s help, tortures the young Robin into becoming a Joker Junior. A brainwashed Tim manages to do what Batman has refused and murders the Joker when ordered to murder Bruce instead. After this, the Batman we know ceases to exist. A few decades later, he retires when a heart attack forces him to use a gun. Terry McGinnis takes over the role in Batman Beyond, and he is forced to provide the compassion and mercy that Bruce can no longer summon.

To the writers’ credit, this is a more realistic take on why Batman’s cynicism would increase. His mercy towards the Joker backfired. His compassion and desire to help Harley Quinn backfired as well. His son ended up paying the price. And with Bruce getting older, and pushing the people in his life away, he ends up in a negativity cycle. You can’t blame him for his crustiness.

Another important good thing: the DCAU didn’t have Bruce fire either Robin. Instead, Bruce “forbids” Tim from putting on the suit again, fearing for Tim’s life. The language is very different; middle-aged Tim is bitter not because Bruce “fired” him, but because he ended his career with torture and indignity. The hero job robbed him of his childhood, and of his dreams to eventually become the Bat. It has the same outcome, but with less bitterness; Tim moves out and becomes estranged from Bruce while rebuilding his life, but holds no grudge towards his father. Terry, the future Batman, notes that Tim hates the Robin suit, not Bruce. Tim and Bruce are able to reconcile after a long time. Even so, Dick and Bruce don’t have that moment, and Barbara never really can mend ties with either guy.

We get to “Epilogue,” from Justice League Unlimited. Terry McGinnis has learned, after donating a kidney to an elderly Bruce, that they have a DNA match. He’s horrified and angry on realizing Bruce is his biological father. Terry became Batman to avenge Warren McGinnis, the man who raised him, and atone for his wild teenage years. He starts questioning if his entire life, and crime-fighting, was a lie.

Part of him wants to confront Bruce and sever all the ties in his life, but instead Terry seeks answers from Amanda Waller of Cadmus. She tells him that Bruce wouldn’t have manipulated Terry into becoming Batman, and in fact she initiated the project that led to Terry’s conception. She wanted a world with Batman, because the world needs Batman’s justice and mercy. The only reason Terry didn’t lose his parents as a child and start his dark knight training then was because Amanda and her assassin—Bruce’s ex, Andrea Beaumont—realized that Bruce wouldn’t want a successor formed from murder and pain. What’s more, Amanda tells Terry that he has Bruce’s compassion, and he can use it to take care of the people in his life, if he wishes. As Terry decides to propose to his girlfriend and protect the city, an elderly Bruce makes soup for him and quietly acknowledges their changed relationship.

This was the ending to the series we needed. For all intents and purposes, Bruce pushed away the people in his life, and his mercy backfired. But that doesn’t mean his life was for nothing; his children are still alive, and his biological son is continuing his work, but promising to fight for happiness. Terry won’t let tragedy or trauma define him, no matter how hard it tries. And at last Bruce can be happy; his mercy and kindness have paid off, leaving his Gotham much better.