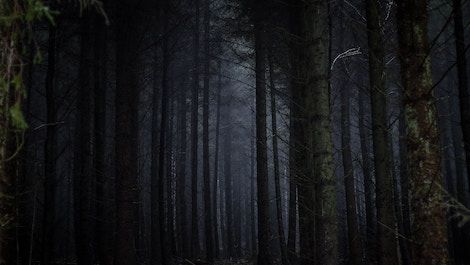 Two years ago, NPR’s Code Switch ran a story about how Taylor Swift is a darling of the current Neo-Nazis for her Aryan looks, slim figure, and styled-innocent public persona. While Swift herself has not expressly embraced Nazi ideals, she also has not distanced herself from them, leaving them happy to continue embracing her as a Neo-Nazi poster girl. I guess they were blasting “We Are Never Ever Getting Back Together” while lighting their tiki torches.

This got me thinking of the way nationalists are always trying to draw lines around pieces of culture that they want to claim for themselves to try to define their ‘themness.’

You know what the original Nazis grabbed? Fairy tales.

We think of fairy tales as light and happy children’s stories about hyper-passive women with strong visual imagery, such as Cinderella’s slipper, Snow White’s apple, Rapunzel’s tower. The Brothers Grimm seem like quaint folklore collectors, writing down the stories of country people for posterity. Actually, though, both fairy tales and the Grimm Brothers are strongly associated with the rise of European nationalism and the Nationalist Socialist Party (aka Nazis).

The Grimms were working in the early 19th Century, a time when European nationalism was growing as the various European powers competed to solidify their colonial holds on other parts of the world. The Grimms’ explicit goal was to find the purist form of national literature, the most German of all German stories. You see where this is going. Europeans obsessing over purity just isn’t a good look anymore. If it ever was.

This knowledge of the Grimms motivations isn’t secret, nor is the Nazi use of fairy tales. But usually when people talk about the dark side of fairy tales, they mean the violence, the cannibalism, the rape, the child abuse and deaths of children. I think we need to face the real world darker side of fairy tales, the one that is directly linked to nationalism and Nazism rather than simply the content. The one that links with the deaths of millions of real people who didn’t fit the artificially created nationalist identity. Fairy tales as we know them were collected and presented as a means of promoting a nationalist identity, a Nazi identity. And that identity was used to justify excluding other people to the point of mass murder.

Fairy tales were sanitized by the Grimms to better promote the kind of German person (especially German motherhood) they wanted to see as defining them. Fairy tales were cartoonized by Walt Disney at the same time they were being leveraged by Nazis to define themselves.

Words are powerful. Stories are powerful teachers. They shape our minds with social norms and taboos, yet they are also passive to the whims of the society manipulating them. I want to hear more about folktales and fairy tales being dangerous because they allow us to justify treating others poorly. I want respect for the ways in which even these stories we dismiss as ‘just for kids’ can be taken and appropriated to cause real world damage. And they still do cause real world damage. I’m looking at you, unrealistic-beauty-standards-that-add-to-an-epidemic-of-body-dysmorphia.

I think part of facing our ugly histories is also facing the ugly sides of our darlings. Once you do, fairy tales will never seem as sweet and mild again. And maybe we can use them against Nazis, arming Snow White and Sleeping Beauty to sing “Haters gonna hate, hate, hate, hate, hate,” while these powerful women allow us all to see ourselves in their stories.