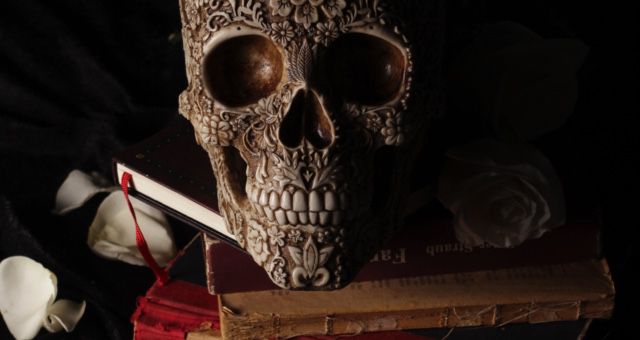 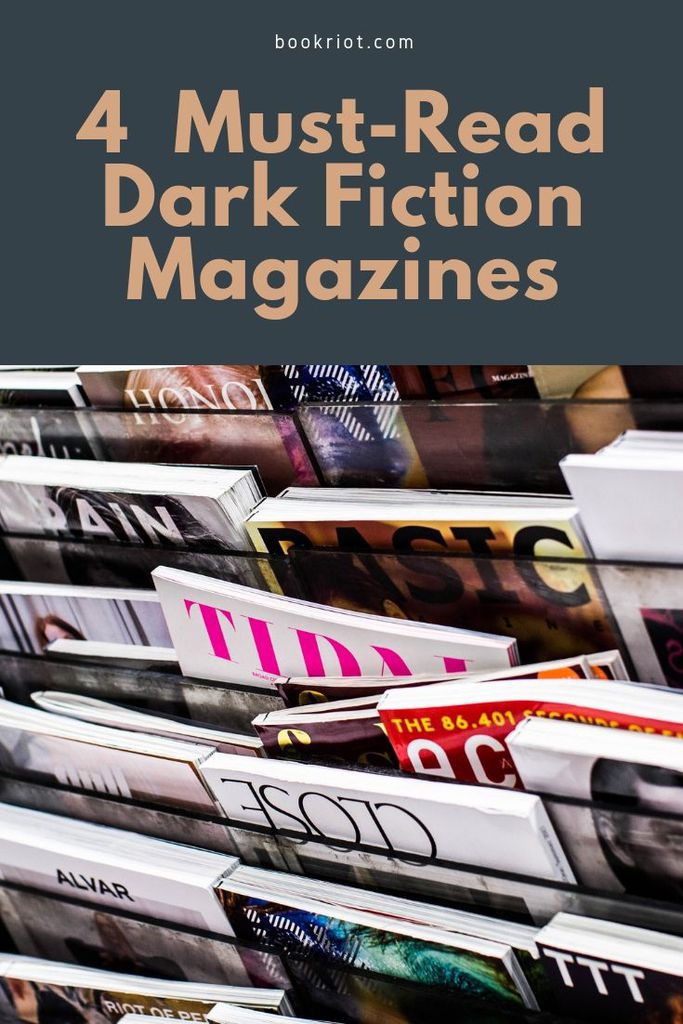 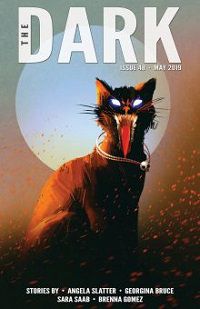 The Dark was my first literary magazine subscription. It was definitely love at first page turn. This monthly collection of dark and delightful stories is always a cause for excitement when it hits my Kindle. If you’re looking for diverse voices in your dark fiction, this is where you want to start. Co-editor Silvia Moreno-Garcia recently tweeted that The Dark reached a publication rate of about 70% authors of color, and notables like Stephen Graham Jones and Nnedi Okorafor, among many others, have graced its pages. The Dark has quite a bit of fiction available to read on their website, if you want a taste of the kind of stories you’ll find inside, and you can subscribe to the magazine via the Kindle Newstand, by purchasing a 12 month subscription via Weightless Books, or by becoming a supporter of their Patreon. 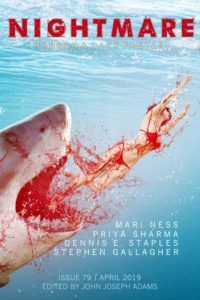 I love Nightmare. Not only are they putting out fantastic dark fiction, they also have the best covers. That one to the left is their April 2019 issue and it is a-huh-mazing. Shark bait says what? But Nightmare doesn’t just produce breathtaking covers and short stories for its readers! They also pack nonfiction articles, book and media reviews, feature interviews, and author Q&A’s into each monthly issue. Another Nightmare extra I love is that they’ve reproduced three of their special issues as trade paperbacks: Women Destroy Horror! (Issue 25, October 2014), Queers Destroy Horror! (Issue 37, October 2015), and People of Colo(u)r Destroy Horror! (Issue 49, October 2016). The titles of course being tongue-in-cheek, these three issues celebrate the marginalized voices of women authors, queer authors, and authors of color in the horror genre.

You can read much of Nightmare’s prior content on their website, or you can subscribe to the magazine via the Nightmare website, the Kindle Newstand, or by purchasing a 12 month subscription via Weightless Books. 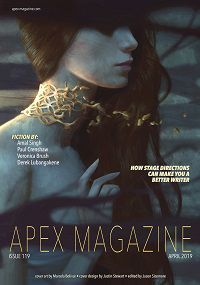 I hesitate to include Apex on this list. Not because the magazine is anything short of awesome, but rather because it’s going on an indefinite hiatus. They aren’t closing the magazine, but rather diverting their energies towards the company’s publishing arm, Apex Book Company. The May 2019 issue, their 120th, is their last for the foreseeable future. But the vast collection of fiction from their long run includes works from some of the best in the Science Fiction, Fantasy, and Horror (Seanan McGuire, Jeff VanderMeer, Nalo Hopkinson, and Mary Robinette Kowal, among others), and will be left online, with the magazine’s website maintained to make sure readers still have access. And you can also buy past issues of the magazine via the Apex Book Company store, Weightless Books, or the Kindle, Nook, and Kobo marketplaces. 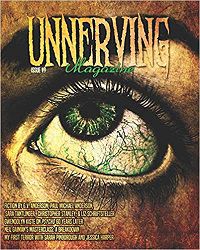 Unnerving is the only quarterly magazine on this list, releasing a spring, summer, fall, and winter issue each year. They’re also the youngest publication on this list, by my reckoning, having released their first issue back in 2016. Predominantly horror fiction, Unnerving also accepts and publishes submissions of other dark fiction areas, be it science fiction, fantasy, thriller, suspense, or literary fiction. Alongside the short stories published, they also include reviews and interviews in each issue. If you enjoy the stories Unnerving carries, be sure to check out their collection of novels, novellas, chapbooks, and anthologies also published under their label. Digital subscriptions for Unnerving can be purchased through their website, $10 for all four yearly issues, and hard copies of each issue can be purchased through Amazon.

The honorable mention in this post goes to Uncanny Magazine, which identifies itself as a SFF fiction magazine (and you’ll find them in that list of SFF magazines linked above) but often plays host to stories that fall on the darker end of the scale.