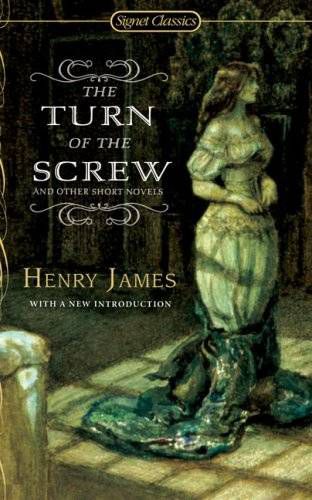 Netflix dropped a minute and a half long trailer for Daredevil yesterday morning. Scott and I broke it down.

Scott Carelli: I love the use of sound in this a lot.

Scott Carelli: Charlie Cox looks so much better as Matt in this trailer than he has in any of the photos so far.

Preeti Chhibber: Agreed. But I wonder if that’s bc it’s so dark. Literally.

Scott Carelli: Maybe but I love that shot of him waking up in the morning. Felt very Matt to me.

Scott Carelli: Yeah this is definitely trying to hammer home the idea that the last Daredevil movie this ain’t.

Preeti Chhibber: Definitely, and I hope it handles the origin story waaay more deftly than that did. I have high hopes based on this. It’s very dark-crime-thriller. And I love angsty/dark/sort of scary Daredevil.

Scott Carelli: It looks like they’re doing a long game origin, unless this is all footage from the first episode.

Preeti Chhibber: Wouldn’t that be crazy. I wish we’d gotten at least one more shot of Kingpin.

Scott Carelli: Their friendship is going to be key for me, I think.

Preeti Chhibber: WAIT IS FULTON FROM MIGHTY DUCKS PLAYING FOGGY. …Sorry, sorry, I was more excited about that than is probably warranted.

Preeti Chhibber: Oh man that last shot of Matt with the puddle and the blood – into it. INTO IT. I mean, this trailer did what it was meant to do which was get us even more excited for this show.

Scott Carelli: Absolutely. Although, admittedly, I would be much more excited if we saw a glimpse of the red costume:

Preeti Chhibber: Yeah, but I don’t mind the black, it means Matt’s going to be raw and making mistakes and I think it’ll be fascinating.

Scott Carelli: Of course. It’s going to be great, the black costume just doesn’t give me that iconography high that I really want from a trailer like this.

Preeti Chhibber: Agreed – it would have been nice to see like a quick cut, right?

Scott Carelli: Like just a flash right at the end would have been perfect. Plus with the black costume I can’t stop myself from seeing the Dread Pirate Roberts.

Preeti Chhibber: I KNOWWWW! It’d be great, if at that shot when he threw that dude out the window, you just heard him yell: “Aaaas yoooou wiiiiiish.”

Scott Carelli: Or he threatens the Kingpin by nonchalantly telling him that he’ll probably kill him in the morning.

Preeti Chhibber: Yes, I would watch that show, too. I do wish we’d gotten Vincent D’Onofrio’s face. Love me some crazy-eyed D’Onofrio.

Scott Carelli: I would have loved to see some more Kingpin for sure. Maybe him reacting to some Daredevil CCTV footage or something.

Preeti Chhibber: Yeah. I’m sure we’ll get that in the next trailer. Because while I did like the little hand twitch we got while he was looking at that blank painting, I’m sure we’re not alone in wanting more. Alright so trailer grade?

Scott Carelli: Gonna go with a B+. I really liked everything we saw, and I’m excited for more, but I think it was missing a few things to truly knock it out of the park for me. You?

Preeti Chhibber: Yeah, I’d say a solid A-/B+. Agreed there were things I’d like to have seen more of. On my 4th watch of the morning, the SO DARK CRIME THRILLER is actually getting to me a little. But that’s more my fault than theirs.

What did you guys think? Is it everything you hoped for and more?