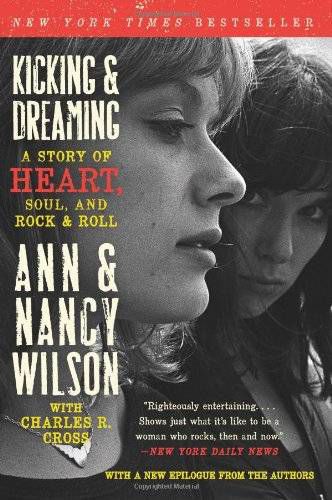 I’m not a Bendis guy. I dug his New Avengers quite a bit. The first few years were great, it was refreshing, it was different. Then it started to feel a bit long in the tooth after a while, with no clear purpose or mission statement. Ever have an old friend come to stay with you and they end up overstaying their welcome? That’s what it felt like to me. I recently dropped his X-Men books for now too, afraid that they would suffer the same fate. I was pretty convinced that Bendis just wasn’t for me.

That was until I picked up his Ultimate Spider-Man omnibus on the cheap. It was from one of those Black Friday clearance things at a comic store. You know the ones where you spend all the money you set aside for gifts for family but you end up emptying your wallet on yourself because the deals were too good to refuse. To my surprise, I loved it. I had to stop and ask myself, why did I love this but grow tired of his team books? I think it had a lot to do with the fact that in solo books, Bendis had the room to explore the intricacies of a single character, what makes them tick. When he’s writing team books, some characters end up getting brushed aside. The ones that don’t, end up all sounding the same. Also, Ultimate Spider-Man didn’t feel editorially mandated at all, there were no event tie-ins and it seemed like there was a real focus.

Last month, I decided to give his Alias books a shot. Once again, I loved it. It started to become clear that Bendis has a real mastery towards understanding and writing certain characters. That’s a skill that very few writers seem to posses. His solo books show a solid voice of character where his team books end up feeling like Bendis having a long conversation with himself. Quips on top of quips is never enough to get me to stick around, I need substance.

When I finally put my finger on what I did and didn’t like about Bendis, I decided that it was time to test my theory and delve into sacred territory. It was time to give his Daredevil run a shot. Frank Miller’s Daredevil has always been the absolute go to for me, so I never really cared to read more dark, gritty books about old Horn-head. Waid and Samnee ’s amazing run is a completely different beast that nothing can compete with because the tone is so drastically different than other Daredevil stories. Even though they were both Daredevil, it was still apples and oranges to me. So, I just finished Daredevil by Bendis and Maleev Ultimate Collection Book One  and the verdict is…

Well, before I jump the gun on the verdict, let’s go through some of the evidence. Let me start with the art. Like Bendis, I’ve never been super into Alex Maleev’s art. In all fairness, this was Maleev’s first big work for a major publisher so in that respect, that’s pretty awesome. Just in this first volume, you really get to see Maleev slowly progressing. I expect as I continue to go through the next volumes, it’s just going to get better and better. I have to admit it’s hard to think of someone else would could have done the art on this run as well as he did. Maleev absolutely nailed that dark and gritty tone. He set a brooding tone that had me wanting more from him as I read the final arc in this book that was done by fill-in artists. Some of his panel layouts were stunning. I’m thinking I might come around to this guy by the end of this.

As far as the writing, this book upheld my theory that Bendis completely shines when he writes solo characters. In this volume, Bendis really began to unpack Matt Murdock and shoved Daredevil into the backseat, which I absolutely loved. Don’t get me wrong, I love the occasional super heroics. My bookshelf wouldn’t be full of Marvel and DC books if I didn’t, but I tend to gravitate towards the books that really explore what makes these guys work. Bendis exposed how Mudock is fueled by guilt and a sense of justice to the point where he is about to explode. His life being perpetuated by a cycle of violence is constantly eating away at him. To make matters worse, his secret identity is in danger of being exposed which is weighing him down even more. You can really see Matt start to fall apart at the seams and watch his mental state start to take a turn for the worst. I have somewhat of an idea where this story is heading and it’s not looking good for everybody’s favorite guardian devil. The next book is already on it’s way to my house and I can’t wait.

A few non-sequitors that I need to mention: #1 As an attorney, I really dug White Tiger’s trial in this book. I’m always a sucker for these things. #2 It was great to see Iron Fist, I hope he pops up later in the run or I’m going to be forced to re-read The Immortal Iron Fist, again. #3 This makes me even more excited for the Netflix show and I’d feel very ok with it if they took some cues from this series.

Some questions for the readers:

1. How does this run stack up for you against other Daredevil runs?

2. Are there any writers that you weren’t very into that ended up completely blowing you away?

3. Are there any characters that are “sacred” to you? Does that make you ultra critical of whoever is writing them?

4. What solo character should Bendis tackle next? (It’s a long shot, but I’m thinking he could nail a book based on Moonstone’s exploits as a slightly unethical Psychologist.)