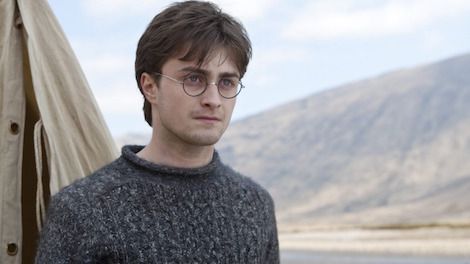 EW asked the actor about the uproar over Depp playing the infamous wizard Gillert Grindelwald in the upcoming film after the abuse allegations made by his ex-wife Amber Heard. The film’s writer J.K. Rowling, director David Yates, and studio Warner Bros. have all issued statements defending the casting. Some fans have been supportive of Depp’s involvement, while others are rather outraged.

“It’s a very hard thing for me,” Radcliffe said, noting he wants to be supportive of the film’s producers who “gave me a great start in life and an amazing job.”

Harry has a few thoughts.

BREAKING: After reporting by @NewYorker and others, @NYGovCuomo tells @NYSDOCCS to rescind restrictions on the delivery of books to prisoners. https://t.co/GvNFyOeqMY

Stephen King has scared up another prestigious award.

The Dark Tower and It author is set to receive the 2018 PEN America Literary Service Award. The annual honor is presented to a “critically acclaimed author whose work embodies PEN America’s mission to oppose repression in any form and to champion the best of humanity.” Past winners include J.K. Rowling, Salman Rushdie, and Margaret Atwood.