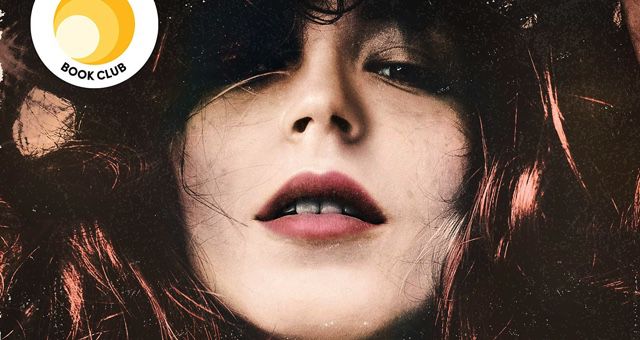 I’ve loved Taylor Jenkins Reid’s books since her very first one, Forever, Interrupted, which I discovered almost by accident. I was a little scared of Daisy Jones and the Six, because it seems like everyone loves it so much, and I’ve been burned before by what I call bandwagon books. But on this one, it turns out, the hype is entirely deserved. It’s such a good story, told so expertly, and the “oral history” format works really well. I loved it, and blew through it. I know a book is good when whatever else is going on in life, I *have* to make time to read it for hours at a time. 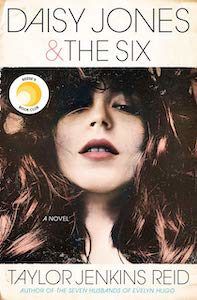 If, like me, you’re still looking for some books to fill the Daisy Jones shaped hole in your reading life, you might want to take a look at this list.

Below are some of what I think are the best quotes from Daisy Jones and the Six—the ones that hopefully don’t spoil the story,  but do illustrate how insightful the book is about love, friendship, and music. It really is an extraordinary novel.

However, it should also be noted that, on matters both big and small, sometimes accounts of the same event differ.

The truth often lies, unclaimed, in the middle.

I had absolutely no interest in being somebody else’s muse.

I am the somebody.

Men often think they deserve a sticker for treating women like people.

That’s the glory of being a man. An ugly face isn’t the end of you.

LA is full of men just waiting for some naive girl to believe their bullshit.

Let me put it this way: I’ve seen a lot of marriages where everyone is faithful and nobody is happy.

That’s the one thing they don’t mention when they tell you to stay away from drugs. They don’t say, “Drugs will have you sleeping with some real jerks.” But they should.

Music can dig, you know? It can take a shovel to your chest and just start digging until it hits something.

In general, when you have drugs to spare and a nice cottage to do them in, you’re probably not attracting people that care about you.

Actually, it wasn’t that fun, it was just that I was happy. Everything seems fun when you’re happy.

The Chosen Ones never know they are chosen. They think everyone gets a gold carpet rolled out for them.

When you have everything, someone else getting a little something feels like they’re stealing from you.

It’s not drugs that make you look old, it’s sobering up.

I used to care when men called me difficult. I really did. Then I stopped. This way is better.

It’s so strange, how someone’s silence, someone’s insistence that something isn’t happening can be so suffocating. But it can be. And suffocating is exactly the word, too. You feel like you can’t breathe.

She had written something that felt like I could have written it, except that I knew I couldn’t have. I wouldn’t have come up with something like that. Which is what we all want from art, isn’t it? When someone pins down something that feels like it lives inside us? Take a piece of your heart out and shows it to you?

But loving somebody isn’t perfection and good times and laughing and making love. Love is forgiveness and patience and faith and every once in a while, it’s a gut punch. That’s why it’s a dangerous thing, when you go loving the wrong person. When you love somebody who doesn’t deserve it. You have to be with someone that deserves your faith and you have to be deserving of someone else’s. It’s sacred.

Do you know what you do with that level of trust? When someone says, “I trust you so much I can tolerate you having secrets”?

But music is never about music. It if was, we’d be writing songs about guitars. But we don’t. We write songs about women.

People like it when you make them sad, I think. But people hate it when you leave them sad. Great albums have to be roller coasters that end on top. You gotta leave people will a little bit of hope.

Acceptance is a powerful drug. And I should know because I’ve done them all.

Handsome men that tell you what you want to hear are almost always liars.

All I will say is that you show up for your friends on their hardest days. And you hold their hand through the roughest parts. Life is about who is holding your hand and, I think, whose hand you commit to holding.