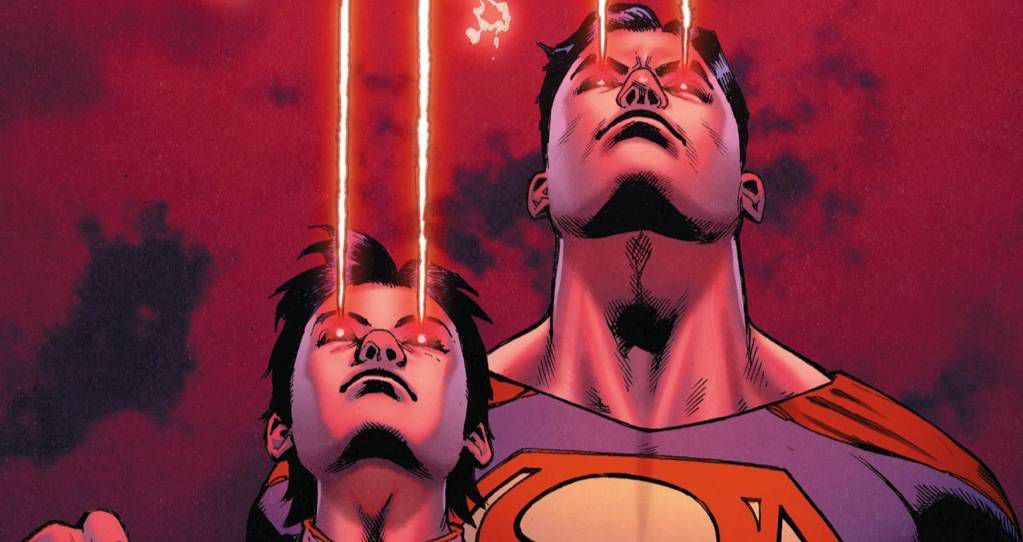 Post-Rebirth, our in-house Superman looks and feels like any other, but he has an important addition: his son, Jon. Superman, under the creative team of Peter J. Tomasi, Patrick Gleason, Mick Gray, John Kalisz, Rob Leigh, Jorge Jimenez, Alejandro Sanchez, Dough Mahnke, Jaime Mendoza, Wil Quintana, Saida Temofonte, Keith Champagne, Norm Rapmund, Ivan Reis, Joe Prado, and Marcelo Maiolo, explores Clark Kent through the lens of family and protection. It’s in this series that I think the definitively best Clark has come from, and much of it comes down to his role as a father. He demonstrates vital elements of fatherhood, like support and change, but also something that draws out the inherent goodness and compassion of the Man of Steel. 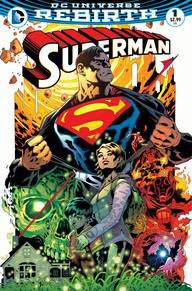 There’s pretty much no way for me to read anything Superman related without bringing in my own personal feelings. I’ve always desired a Clark that embodies hope and optimism, even at his worst and at his darkest. These are the things I feel best encapsulate him, and the other things that orbit around these core elements create increasingly enhance nuance for how he shows up. For the past few years, I’m not quite sure that’s what we got, which lead to me rather quickly dropping the series. Though, I’ll admit, it’s easy to maintain an ideal of a character when you’re not reading, and Clark is a character I’m not as versed in. Yet, I still understand what he embodies and the stories that match that, like Up, Up, and Away and even Death of Superman. Clark as a symbol of hope has withstood decades, even after films and comics which people contest, and I truly feel that has reached an important new epoch in his role as Jon’s father.

Clark’s initial appearances in the post-Rebirth Superman #1 are wrought with suspicion and an almost overbearing protection. In some ways, he’s like his own father, struggling to figure out the balance between farmer and parent to an alien with superhuman abilities. This fear is reasonable and palpable, setting a new precedent for Clark and how we understand him. These qualities do not remain static, however, and we see where this suspicion comes from why he maintains it, and what it is coupled with. He doesn’t remain overprotective of Jon and Lois, but instead softens, especially seen in Francis Manapul, Steve Wands, Clay Mann, Seth Mann, and Brad Anderson’s Trinity. More of Clark’s indelible characteristics emerge to define him in the context of this new DC universe, and we get a glimpse of him as a holistic being who isn’t perfect, who is afraid, but who is also full of love for others, especially his family.

Being a father has another important facet that enhances Clark as a character: he models healthy parental behavior. He is not overly gruff, nor overly sensitive, the two poles of fatherhood often seen in media which in no way tell the full story of the experience. Even with super-strength, Clark is gentle. At some moments, as in Superman #7, the hilarious tale of a family outing to the fair “sans” superheroics, he’s even delightfully funny. 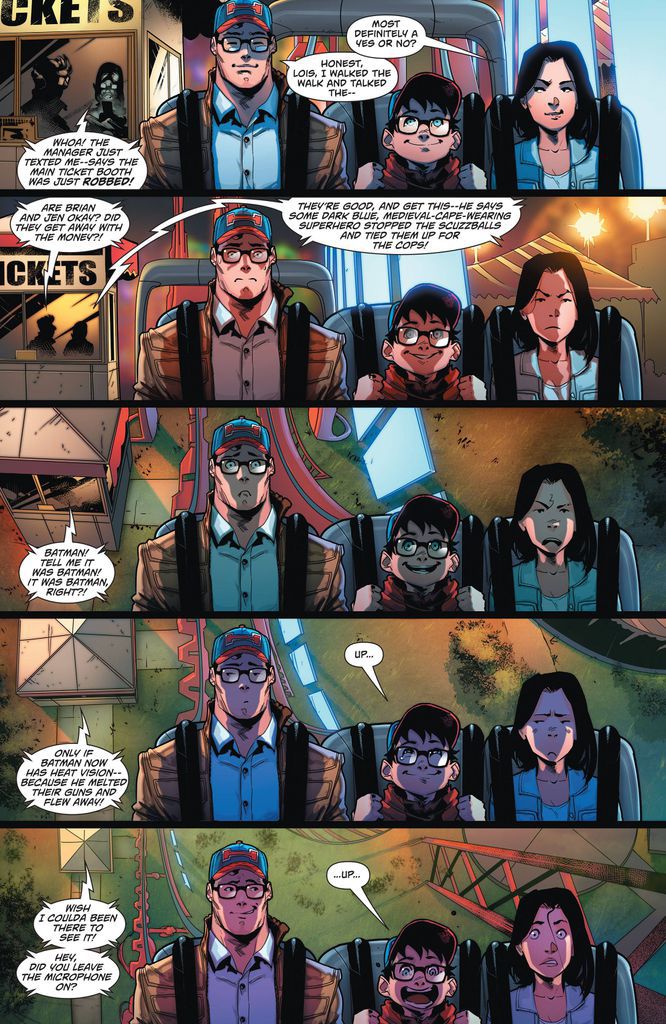 Clark captures the varied parts of being a parent, and especially a father, that we don’t often get to see. Though difficult, he can process through his own emotions without causing unnecessary pain on his family. Challenging these archaic ideals of masculinity and fatherhood is needed, and after Rebirth, Clark has done just that.

Parenthood is tricky in different ways for different people. For some, it helps them be their best self, and I think that’s exactly what we’re seeing in Dad Clark. Jon isn’t temporary, as Chris was, and he is the vehicle through which Clark gets to grow as a person. Our latest Clark is an exploration of what it means to be a dad, to put away fears, and to be emotive, and he is an understated example of what comics need but also what the world needs to see in a father.