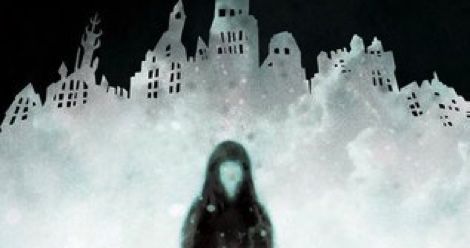 Yesterday, a late release from Variety announced that the CW is developing a drama series based on Victoria Schwab’s middle grade novel City of Ghosts. Marlene King, show runner of the popular Freeform adaptation of Pretty Little Liars, will executive produce the hour-long series.

Fans of the book may have been caught off guard by the show’s description from Variety: “In the series, after a near-death experience, college grad Cassidy moves to Scotland to study paranormal psychology at the University of Edinburgh in hopes of learning more about her strange connection to the afterlife. There she meets the enigmatic Dr. Barrow and discovers that her gift is more powerful that she ever thought possible.” Writers Karen Wyscarver and Sanford Golden are adapting the middle grade series for an older television audience, aging up the main characters while keeping the setting in Scotland.

“I’m really excited about these two projects being so different because it allows the book to be the book,” Schwab explained in a story to her followers on Instagram. “I want you guys to be excited. I understand if some of you are frustrated, but I hope this will allow you to look at the potential television show (fingers crossed) and the book as two really separate things.” Schwab also said the writers are currently in the process of writing the pilot script.

This is latest of several projects of Victoria Schwab’s that are being developed for the screen. You can read the full statement from Variety here.