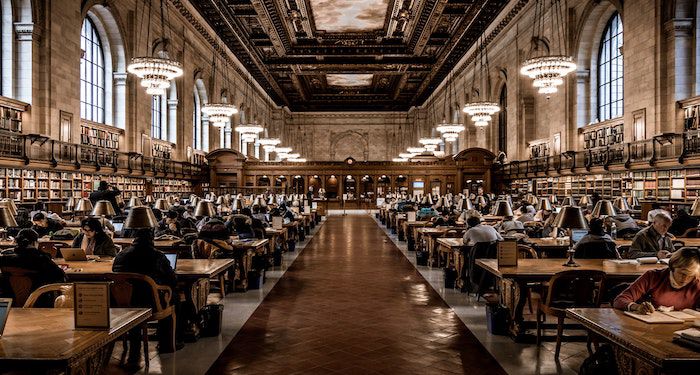 Two years ago, the Aunt Becky College Admissions Bribery Scandal came to light. Last month, the documentary Operation Varsity Blues was released, and I for one do not have the energy to watch it until my own academic semester is over, but I’m very much looking forward to it.

I come from a family of public school teachers, and I myself attended both public and private schools throughout my education. I also worked at a private school with very high-achieving students, though to my knowledge none of the students or their parents were bribing schools or paying people to take tests! But I have seen how exhausting and toxic academic environments can become when unchecked. It’s awful for everyone: children should not be subjected to such stress about their futures; parents should not feel like they have to one-up each other at every step of their children’s lives; school faculty and staff shouldn’t be put in the position of being the intermediary between unreasonable parents and high stakes schools; and of course, that’s without even getting into how college admissions in this country are already hugely problematic and contribute to the ever-growing class divide by limiting access, skewing expectations, and…oh, so many other reasons.

I sincerely hope you have not had to experience cutthroat academia yourself, but reading about it can be kind of awesome. Dark academia is so hot right now as a literary mood, but often that comes with an SFF edge. These novels take place in the real world, which honestly makes them even scarier. 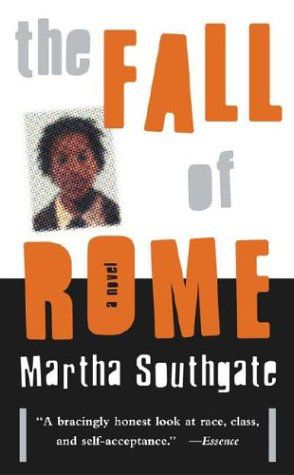 The Fall of Rome by Martha Southgate

If you wished Dead Poets Society or Emperor of the Air weren’t just filled with white people, this book is it for you. Leaning into that boys’ prep school vibe, this book is told from the perspective of a Black male teacher, Jerome, at one of those schools. He has has spent his entire career trying to fit into the very white environment in which he finds himself. So when his school gains a token Black student from the inner city who seeks him out for mentorship and solidarity, Jerome is unnerved and tries to distance himself. It’s painful to read, but weirdly not surprising, and I think people of color who have worked in any high-achieving industry, like prep schools, law, or finance, might relate to that feeling of wanting to connect, but not wanting to upset what is already a precarious position of power by reminding the people around you that you’re not white like them. 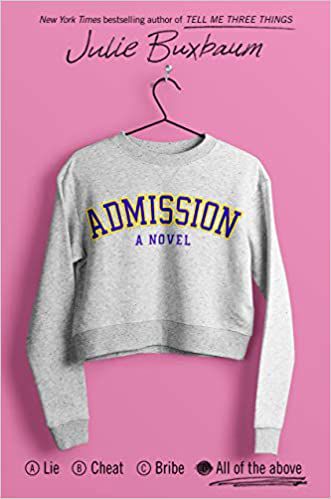 This is the most #RippedFromTheHeadlines book in this bunch, so it will definitely have that feel of being on track with Operation Varsity Blues. I mean, how quickly did Lifetime make a movie about it? (Even faster than this book came into being, that’s how quick.) This novel explores what it’s like to be the kid at the center of such a scandal, one who may or may not have been aware of what her parents were doing to help her be so successful in school. In some cases, we may have felt like the kids were entirely in the know and had no business being at the schools they were at. But in others, maybe it’s worth considering that obsessive, driven parents might fail to take their actual children into account when trying to plan their futures, and that’s not fair for a teen who thinks she’s been playing by the rules and then has to pay for it. 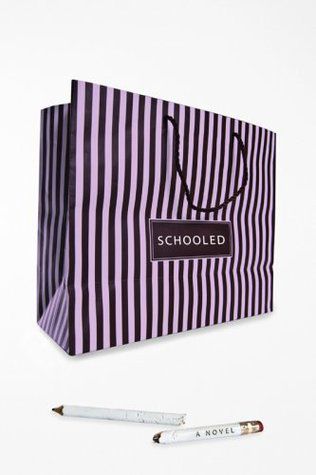 Some people really want to be teachers. They love working with youth, they love watching people light up as they learn something new, they love improving their pedagogical skills. What most teachers don’t sign up for, though (aside from the unpaid work as a nurse, babysitter, counselor, and the countless other things underfunded schools require of its educators), is being forced into quandaries that ask you to weigh your ethical beliefs against your self-preservation — especially for such a small salary. But the teacher in this book is presented with just that when she learns that a lot of her students’ homework is not their work but that of the tutors and essay writers they hire, and in a city and a profession where you can barely make ends meet, our protagonist is really attracted to all of the money and perks that come with taking on such a side hustle… 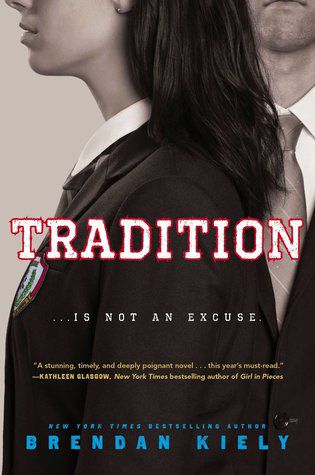 This dual perspective book puts a female student on the spot, because she has to consider whether self preservation and future opportunities are worth the moral and ethical cost of not standing up for and with fellow female students. The novel digs into how effing weird private schools are — there’s always some strange inside joke or thing that looks bizarre if you weren’t there for it — and asks whether “tradition” is really a fair excuse for anything. 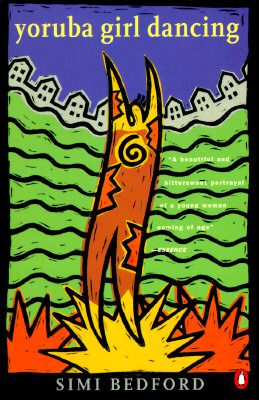 The culture shock is real in this novel about a Nigerian girl who becomes the only Black girl at an English boarding school in the 1940s. Remi is thrust into the English prep school world at the age of 6, which…yikes. That’s incredibly young. But her father deposits her there because he doesn’t want a girl child, and Remi is forced to grow up among people who think her dark skin color will rub off on them if they touch her, among many other racist beliefs. This is set at a time when Nigeria was a British colony, not an independent country, so there is even more tension and yet another level in which Remi is a second-class citizen. 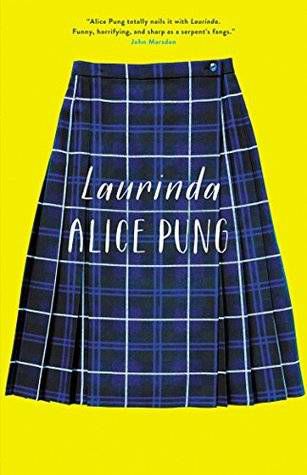 Laurinda/Lucy and Linh by Alice Pung

Like Yoruba Girl Dancing, this novel also explores what it’s like to be the student of color at a very white school — this time it’s a Vietnamese immigrant at an Australian prep school, Laurinda. Lucy has gotten a scholarship to a very fancy school, but the longer she’s there, the more strained her relationship to Linh, her friend from her life prior to Laurinda, becomes. Lucy desperately wants to fit in with the elite of the elite, the girls nicknamed The Cabinet, who hold more power over the school’s students and adults than Regina George. This book was published first in Australia, and the American title is Lucy and Linh. 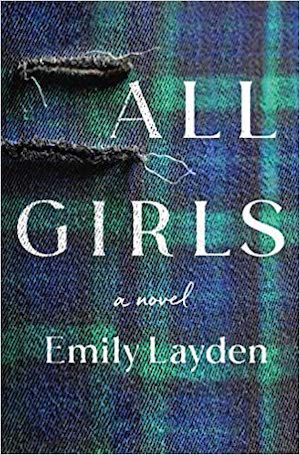 All Girls by Emily Layden

Nine private school girls try to just live their lives while their administration attempts to cover an ugly secret. It’s historical fiction(! 1990s!) but will probably feel far too contemporary when you find out what the not-so-secret scandal is. Instead of just being about the one thing, though, this book also talks about the many ways being a girl is pretty much impossible, because there are far too many binaries and expectations, and you just can’t win. 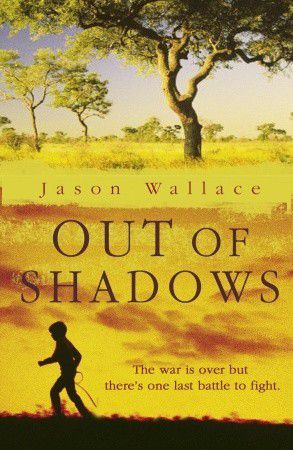 Out of Shadows by Jason Wallace

This book really opened up my eyes to African racial history that I had never learned about before. Set in what was recently (for the characters) British Rhodesia and is now independent Zimbabwe, the novel presents us with a bunch of schoolchildren born and raised in the same country but with wildly different racial experiences. White children born there are African by citizenship but occupy very different social identities than the Black Africans who are now regaining the freedoms, privileges, and economic capital they lost under British imperialism. It will probably surprise no one that the combination of adolescence and entitlement is not a smooth one, but it’s really interesting to read through the eyes of a white student from Britain who is being asked to take sides, even though he has no beef with his Black classmates.

Operation Varsity Blues is now streaming on Netflix. I’ll hold off on that until after finals and just do some reading, and I’ll also be searching the depths of the internet for All I Wanna Do, Flirting, and other prep school movies I haven’t seen in years…