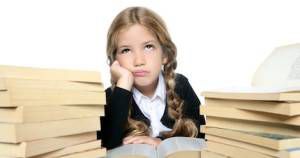 I started writing this post before the travesty that was the US presidential election. Then I lost my will to write for a while and only recently remembered that I had started this post and figured even if it’s a little late, it’s still relevant. So I scrapped what I had started and came up with a new angle based on some conversations I have had, or overheard, around that dark day. Much of what I heard was, of course, based on politics. One thing I learned was that a lot of the people I know had kept their ultra-conservative and frankly racist and sexist views very well hidden for a long time. Seriously, you guys (and if you’re my family or friends reading this, you know who you are), what the fuck? But, as conversations do, both the ones I was participating in and the ones I was shamelessly eavesdropping on, the topic would often drift to other areas. As it did, I noticed some things.

The biggest thing that struck me was hearing some comments that could lead to really good discussion but which were rebuffed by responses such as “so what” or “who cares?” Really? Well, “so what” means that you must be approaching an issue from a position of spectacular privilege and lack of basic human empathy. I hate to paint with such a broad brush, but I honestly cannot think of any other explanation for such a response to anything than that. “So what” basically means that This Thing doesn’t apply to me and therefore I don’t care, and BTW, fuck all the other people it does affect.

“Who cares” is an extension of “so what.” Clearly, at least the person bringing up a topic cares about it! Basic courtesy should demand that you engage in a minimum of discourse before breaking off and changing the topic to something else. Well, maybe not always, but if the other person is a friend or family member, then probably you should. Do I have a deep and passionate interest about the sermon my granny heard at her church last Sunday, for example? Not particularly, but she does, so I am going to listen to what she has to say about it and talk with her and engage her in something that is important to her. I am not a religious person, but I can honestly say that having religious conversations with my granny are often really interesting. My degrees are in literature about and for medieval holy women, so we have had some very in-depth discussions about a variety of topics pertaining to religion, despite our wildly differing views on the fundamental nature of belief and religion.

Which leads me to what I believe is the underlying issue at the root of the problem, the main symptom of the so-whats and who-cares: a fundamental lack of curiosity. Even when there exists a modicum of empathy in others because of some human connection, there is still often no curiosity to learn more or to do anything different. Why not? Does no one have any curiosity anymore? Does this apathy extend to social issues everywhere, or just with an uncommonly large number of people I personally happen to know? I mean honestly, how did that happen? Or is it just in some areas which I happen to be interested in and passionate about? I can’t be the only one to have noticed a general malaise in the population increasing over the past few years. I and many of my friends think nothing of wondering randomly whether penguins have knees (they do!), or how long light takes to get from the sun to the earth (about 8 minutes), or, like, what the nuclear triad is (how you deliver a nuclear strike using three things: a bomber, an intercontinental ballistic missile, and a nuclear submarine. I knew that before it became a Political Thing a few months ago. I can think of at least one person who should look that up. He probably hasn’t, though, any more than he will sit through intelligence briefings. Talk about a lack of curiosity). I  wonder random shit all the time and we look it up. It doesn’t matter to me if it’s irrelevant to anything else in my life or if I will never have need of that information. I just want to know. It’s fun. I also like to research things, because that can be useful information to know at times. Just a couple things I’ve researched recently, whether for my own interest or because someone said something categorically incorrect and I needed to help them not be wrong, include: information about evolution (NO, half chimp-half humans can’t exist, that’s not how evolution works, and no scientist has ever said it does, either. Chimps are a modern species and a product of millions of years of their own evolution, just like humans. Please to be reading more biology books); late-term abortion (NO, it isn’t for women who just can’t make up their mind and wait until the last minute, and if you say that then you really need to learn more because you don’t get it AT ALL OMFG); and the Delta-32 mutation (holy shit, you guys! Descendants of survivors of the Black Death likely survived because they had that mutation, and now people who have the Delta-32 mutation are basically immune to AIDS. AIDS, you guys!). How is this stuff not interesting? Why wouldn’t I want to learn more about it? The fact that I am not in a job where I will ever need to know that Delta-32 makes people immune to AIDS is irrelevant. I am fascinated by that, and want to know more, and have a morbid interest in anything related to the Black Death anyway. My point is that curiosity is a GOOD thing. It keeps you young, engaged, mentally active. Let’s do more of that. 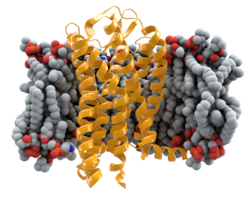 And so, in some way, shape, or form, here are just a few books that have created curiosity in me and made me fall down a rabbit hole looking stuff up. It happens.

Where Good Ideas Come From by Steven Johnson. Heinlein wrote that progress is made by lazy men looking for easier ways to do things. This book…isn’t exactly like that, but kind of. It’s a fascinating look at some innovations and where/how/why/when they came about.

The Great Mortality by John Kelly. The Black Death, in depth! If you are unaware of just how huge an impact the bubonic plague had on society, you really need to check this book out.

Between the World and Me by Ta-Nehisi Coates. I know what it feels like as a woman to be embarrassed or scared because someone is catcalling you or making you feel unsafe in your own body. This book helped me to understand a little of what it is like to live with that feeling all the time as a young black man and know that your body is not safe or your own.

We Should All Be Feminists by Chimamanda Ngozi Adichie. How can any woman NOT be a feminist? I know a couple and it boggles my mind even as it infuriates me. This book is for her, and for everyone.

The Red Knight by Miles Cameron. You didn’t think curiosity could only inspire or be inspired by great social or scientific issues, did you? I came across the term “arbalest” in this book, looked it up, and fell down a rabbit hole learning about crossbows.

Angels and Demons by Dan Brown made me read a shit ton of things about the Illuminati.

The Mists of Avalon by Marion Zimmer Bradley, which I first read when I was about ten, introduced me to the idea that there could be a goddess-centered religion. I read as much as I could find about goddess worship, Wicca, and paganism after that and became Wiccan for many years because of it. 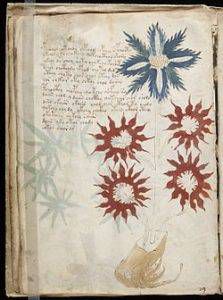 The Voynich Manuscript is just fucking weird, and now I want to read ALL the books that use it as a plot point, such as The English Agent by Phillip DePoy.

I have read every word of Elizabeth I’s writing, collected in Elizabeth I: Collected Works, because I wanted to know what she might have thought about one topic in particular. That led me to read The Book of Common Prayer by Thomas Cranmer, because Elizabeth would have certainly read it, and then I wondered what books Anne Boleyn might have read, and what WAS a humanist education, and could I do it myself, and what would be on that curriculum, and down that hole I fell…

You get the idea. I could go on for days, because this list is barely a scratch in the surface for me. I’m sure the same is true for other Rioters as well. What books have you read that triggered your curiosity, or that you read because something made you curious about a subject? What do you do to help inspire curiosity, whether in yourself or in your children?