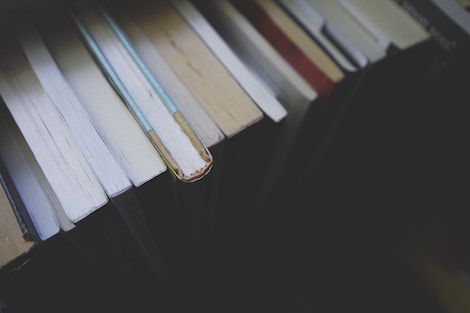 In the 1980s the concept of “cultural literacy” was of deep concern, but it isn’t really a phrase that’s in vogue anymore. Maybe it should be. I know that a lack of cultural literacy is a problem, and I know it’s not one that I can solve. I don’t have answers, just a lot of questions.

The idea behind cultural literacy is that people should have some idea of common allusions and cultural references in literature (and in life).

Part of the problem

I started thinking about this because of the classic fairy tale “The Steadfast Tin Soldier.” I wrote a poem alluding to it for a class I am in, and when it was workshopped, only one person in my twenty-person class knew what I was talking about. I laughed when I told my friends about it, but they looked at me blankly. They didn’t know it either.

This, to me, raises other questions and concerns: What other stories don’t people know? And should they? Is it okay to lose some of this cultural literacy? In a culture that is composed of such a mishmash of cultures, what should be weeded out as relevant and what should not? And who decides? How important is the tale of The Steadfast Tin Soldier, anyway? If, as a culture, we know the stories that Disney has adapted, is that good enough?

So many of these different allusions are not only important in how we shape our own identities later on (I think it’s a widely acknowledged point now that reading and representation are important, and representation of thoughts and feelings count, too), but they’re important to our understanding of modern literature. Recognizing, for example, the various allusions to Ancient Rome in The Hunger Games allows a reader to make connections. It doesn’t stop a reader from enjoying or understanding the book, but maybe it enhances their time reading it. Maybe this doesn’t apply to The Steadfast Tin Soldier in particular. But, again, where does the importance of cultural literacy stop and start?

We can’t know everything

On the one hand, we can’t reasonably know everything. We have Google at our fingertips—if we don’t understand an allusion, we can just look it up.

On the other hand, I know that personally I don’t like to stop reading to start researching. It takes me out of the flow. And sometimes we don’t even know what we don’t know. Going back to the Hunger Games example, if you didn’t know that “Panem” came from the Latin phrase “Panem et Circenses” which means “Bread and Circuses,” would you look it up?

Another example. Recently, I read the book of poetry Bright Felon by Kazim Ali, which relies heavily on references to Islam. I didn’t recognize them until a classmate pointed them out to me. I knew I was missing something, but I didn’t know what because I didn’t know what to look for.

Consider Shakespeare for a moment. When he wrote, he used Greek allusions as if they were pop culture references. And half of the actual pop culture references we still don’t get in Shakespeare’s plays unless we’re scholars of the time period. These are things that go over our heads. They are also things that don’t negate from our reading pleasure and understanding today. The plays deal more with human condition than they do anything else, which makes them timeless.

Charlotte Brontë, too. In her work, she threw in whole conversations in French, depending on which book you’re reading. At the time, it was something she could expect her audiences to understand. But now? It’s kind of lost.

And what in modern literature will be lost one day too?

Does any of it matter? Do we need to keep teaching and reading the classics in order to appreciate the allusions, or can we move on without them? Will something be irretrievably lost or will new references make up for the old? Is cultural literacy only good as a means to win trivia games or is it a way of staying in touch with the history of our culture?

I have no answers. Only questions. In the meantime, I guess I should really stop using The Steadfast Tin Soldier as a reference—I knew my friends humored me, but now I know how much.