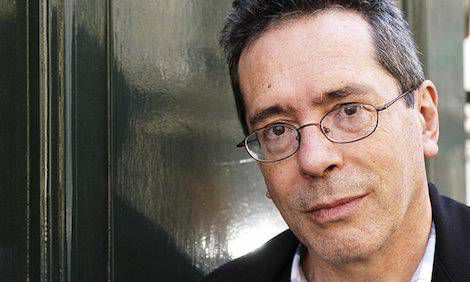 Ask any film or music person and they can immediately name their favorite cult director or band. But what about book people? What is the literary equivalent – an author who has a large enough body of work to have attracted fans, but who just hasn’t broken through with a New York Times bestseller or won any major literary prizes?

César Aira is an Argentine writer who can claim cult writer status. He’s published over seventy books in Spanish. But only sixteen novellas, mostly translated by Chris Andrews, are responsible for his devoted following of English readers. So why isn’t he more widely read like, say, Roberto Bolaño? Well, the books themselves are definitely quirky.  They’re physically small – approximately 5×7 inches and usually less than 150 pages. The plots resemble a Wes Anderson short film (see Castello Cavalcanti or Hotel Chevalier) – lovely and strange and more than a little off the wall. I wouldn’t describe his work as “magical realism” because they aren’t  exactly that. But there is a supernatural quality to them. He tends to push his stories almost to the point of over-saturation – carefully composing his settings and relying heavily on visual imagery. Even his style of writing is distinctive. Like Kerouac’s On the Road, Aira reputedly writes all his books in a single sitting, without revisions. 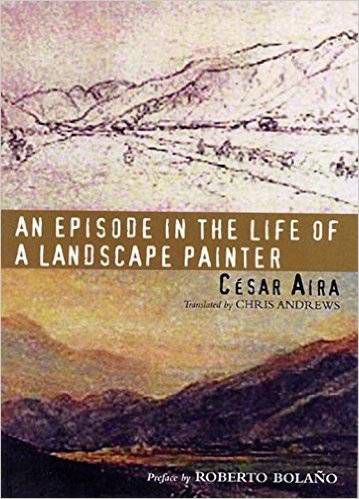 Many of his fans say An Episode In the Life of a Landscape Painter is their favorite Aira book. A fictionalized account of the German painter Johann Moritz Rugendas’ trip to Argentina, it alternates between descriptions of sweeping landscapes and a surreal tale which climaxes midway through the novel with the artist being struck by lightning as he races across the Argentine pampas on a horse. Written in achingly beautiful prose, it may be Aira’s masterpiece. It is a series of cinematic moments which linger in your memory long after you’ve set the book aside.

Ghosts takes place against the dry, dusty backdrop of a construction site. Reading it is like watching a play set in a half-finished luxury apartment building. The structure is haunted by ghosts. But they’re not your typical manifestations. Aira’s ghosts are naked men, covered in white construction dust, who cavort like a troupe of Cirque du Soleil clowns and function as a Greek chorus. Everything happens during the course of one day. The night watchman and his family reside on the building’s roof and are hosting a New Year’s celebration that evening. The protagonist is the  eldest daughter, a girl becoming a woman, who is drawn to the ghosts despite her mother’s warnings. The party looms over everything as the book moves towards its inevitable and tragic conclusion.

Shantytown is perhaps my favorite Aira novella. It is a modern fairy tale about young lovers separated by circumstances, an evil police detective, and a gentle giant named Miguel who spends his nights pulling the carts of the poor as they collect cardboard ahead of the trash trucks. (I read somewhere that the original books were published in Argentina with cardboard covers). The magic is, once again, in the visual imagery:  the cardboard collectors’ carts whose wheels are scavenged “from a great variety of vehicles: bicycles, motorcycles, baby carriages, even cars”; the shantytown known as the Carousel because the streets are strung with sparkling bulbs of light; a mysterious young man discovered asleep in the tall grass of an abandoned lot like a prince in a fairy tale; and flood waters rising in a diner while the patrons remain on their stools, nonchalantly lifting their feet so as not to get them wet. Aira shines in the details.

Do you have a favorite cult writer?